Flooring Sales and Installation
Drywall
Carpet Sales and Installation
Carpet Cleaning
Licensing
Bonded
Insured
All statements concerning insurance, licenses, and bonds are informational only, and are self-reported. Since insurance, licenses and bonds can expire and can be cancelled, homeowners should always check such information for themselves. To find more licensing information for your state, visit our Find Licensing Requirements page.
Business Details 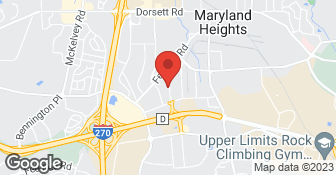 Apex Restoration leads the way for homeowners dealing with fire damage, water damage and storm damage. Our courteous professionals work diligently with your insurance adjuster to allow you time with your family.

DESCRIPTION OF WORK
Damage to backside of house on nov 11. They placed trap on the house that night, did a great job. Took them until 12/7 to get contract signed. Started on 12/21 on house. Scope of work was replace siding on back of house,gutter,gutter guard , small amt of roofing. Electric hired out to different company. They were here on and off through the holidays. When the guy did come he would get here after 1 in the afternoon and leave by 5 when it was dark,spending most of the time in his truck. Spoke to the project manager numerous times and he would apologize saying this should only take a couple of days ,but nothing would change. One of the last days he worked on the house he was here until 8 in the evening using a flashlight to apply caulk, this was on 1/8. Didn't here from anyone about going over issues from work done and final review. After several calls showed up on 1/20 because we still didn't have gutters installed and go over other issues. Showed up on 1/28 to do gutters. Able to get electrical contractor out to replace main power box, 2/4,did a great job and was signed off by inspector on 2/11. After calls to go over issues they showed up on2/15. Final invoice wasn't complete until 3/15. This all started back in November of last year and should have only taken 1 week to complete.ni would never recommend them to anyone!