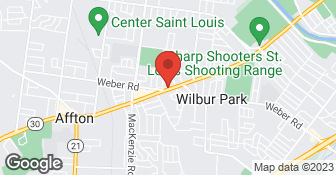 Holper's Pest & Animal Solutions, the company that has been giving customers "Peace of Mind" in pest and animal control for over 34 years, also offers "Peace of Mind" with insulation and weatherization. Holper’s is dedicated to providing customers with the finest service. We will use our knowledge and expertise to solve your pest and animal problems or your insulation and weatherization issues from the initial contact through the entire process. We do not sell a product, but a customer experience that makes our customers feel good about inviting us into their lives. Whether you have ants in your kitchen, mice in your attic, termites in your foundation, moles in your yard, or any other annoying pest that is disrupting your peace of mind...Holper’s has a natural, non-invasive, and effective solution. You can learn the A - Attic, B - Basement, C's - Crawl Space of insulation and weatherization from Holper's. We will send a Certified Efficiency Analyst to perform an inspection of your home and show you how to improve heating and cooling efficiency, while keeping pests and animals out with the same solutions. Holper's take pride in helping to solve all homeowners' pest and energy problems. That's why "solutions" is part of our name!...

Holpers does a great job!!!! Thank you.

Description of Work
Spraying and Moles

They did an amazing job. I also like keeping things local and they do a great job. Thank you Holpers.

Description of Work
Spraying for bugs and moles

Dakota, our technician, explained in detail what he was going to do and listened to our requests.

I contacted Holper’s after the first person I talked to (whom I really liked) had to go into quarantine because a family member had Covid. David, the Holper’s serviceman came out on Saturday December 26th. He said it would cost $189 plus $79 for each squirrel caught. When I said I had a 10% Angie’s List coupon, he called his office and said the price was $199! Although I was not exactly happy about this, I did pay. For two weeks, with a few visits from David, no squirrels were caught,, He had various explanations for this. I finally emailed Holper’s on January 9th and said I no longer wished to use them. I called on Saturday January 10th to make sure they knew I had cancelled their service. I was told that David would come out on Monday to remove the traps. David came, I think –I did not go out to see, but the dog barked so I suspect he was here. I then received an emailed bill from Holper’s: $49 for “a lost trap” and a $79 for a “dead squirrel.”

Description of Work
Scratching behind the wall, thought it was squirrels

There's something fishy about Holper's service. I can't go so far as to call it fraud, so I'll just detail our experience here. We posted a squirrel removal job to Angie's List and Holper's responded promptly. They came out and set two traps ($199) with a $79 fee for each squirrel pick-up. For a week, they caught squirrels at a good clip, so many that we wondered if the problem was solved. When we asked one of the technicians about how the cardboard monitor looked, he said that they hadn't put one up. In other words, they'd caught squirrels for a week, but not made an effort to determine if they were still in our roof (it is company policy that the monitor must be undisturbed for seven days before they will seal up any entrance point). This isn't just one technician's errors. Three different technicians worked at our property during the prior week. After several more days, on August 5th, we asked Holper's to remove all traps. This might just have been an error, but a recent billing issue leads me to believe that there's something more systematic at work. On September 5th we received a bill in the for $79 for a squirrel pick up (dated August 5th). Holper's had my credit card information and charged me for this pick-up on August 5th. When I wrote about this billing error, they responded that no, no, that's from a prior pick-up, the day before. I'd never received an invoice for a squirrel pick up on August 4th (or requested one, from what I can currently gather). When I requested the inspection report, I received something conspicuously different than what the technicians usually send: i.e., not an inspection report at all, with a technician's signature and notes; What's most curious about this billing practice, of course, is that Holper's waited to send this bill for 32 days (they issued the bill on September 1st) and that there's no explanation for why this bill was not charged, like all others, to my credit card on the day of the service. Together, these two events make me extremely suspicious of the company and I would strongly recommend that others look elsewhere for their animal removal needs. If you do go with Holper's, I'd strongly recommend paying by check, as you go, so as to avoid the aforementioned billing practice.

Description of Work
squirrel removal from inside a roof

I am always most happy with their work & professionalism; do not hesitate to use this company.

I called to set up an estimate on attic insulation with this company. They had to ask someone else to call me back to set it up, which they did. On the day of the estimate, the appointment time came and went with no estimator. I waited about an hour, then called them to say the appointment had been missed to ask what happened. They said again "Someone else sets those up, I'll call them and they will call you to reschedule." Never heard from that person, nor received a simple apology for them missing the appointment. I should not have to hunt down someone to give them business. Terrible customer service and extremely disorganzied office, it seems.

Description of Work
Estimate on Insulation

Everything went well. They were very knowledgeable on how to insulate homes.

The guys that came to my house were great. They were on time and were very professional. I was very happy to see that they did not leave a mess in my home. If you are looking to have insulation done in your home I highly recommend calling Holpers.

Description of Work
I had my insulation done.

Made an appointment, and they didn't show up or call.

Response time was great and the technicians who visited were very pleasant.

Its been 5 weeks and no mice so far so good

Description of Work
We needed to rid ourselves of mice

I wouldn't use anybody else. They're fantastic. They know what they're doing. They come out as soon as I need them. I would highly recommend them to others.

Description of Work
I've been using them for 25-30 years. They provide preventive pest control maintenance.

They're fabulous. The technician is terrific. They're reliable and show up when they said they would show up. I've had them take care of mole problems as well.

Description of Work
They do bug spray and put down bate stations every quarter for me.a

The company had availability the next day after I called, on a Saturday, and I was given a window of 1 to 4 pm, but advised that the technician would call when "on the way". He called right at 1, and was there a few minutes later. Before he stepped off the entry rug, he donned protective booties over his work shoes - a nice touch. I showed him the area (inside the dining room near an exterior wall) where we'd been seeing dozens of "flying ants" (I inspected the insects and had determined they were carpenter ants, not termites, thankfully), and we found a few. He took a further look around inside, then went outside and very quickly found the entries/exits to the nest (inside the wall) and pointed them out to me. He offered to "walk away" at that point at no cost, and allow me to treat, which was nice - but I told him that I was sure he'd have the right treatment and was already there - so just asked him to go ahead and take care of it. He proceeded to blow a dry powder (I think) chemical into the multiple entry points, and when complete, knocked on the door to complete the transaction...and at that point, he knocked $20 off the regular price. No sign of the carpenter ants since, and that's been over 6 weeks ago.

Description of Work
Diagnosis and Treatment of Carpenter Ant Issue

They were on time and very nice, haven't seen a bug inside since they were here!

Description of Work
Spray for bugs

Very good. Technician was knowledgeable and informative. Work was completed and instructions given for follow up.

Caught groundhigs & racoons and were prompt on picking them up when I called.

They were very professional and he didn't to try to take advantage of me by trying to sell me something and I will recommend them.

Holper's immediately identified that we had a termite problem. Treatment was done 2 weeks later. The men who serviced our home were friendly & worked efficiently. Has only been 2 weeks since our treatment, so hard to tell if it has been completely effective. Thankfully, we have not had the termites swarm.

Great...Placed traps outside of home. Within 2 weeks mice were gone. Traps safe for children and pets. I subscribed to ongoing service to prevent further problems with mice. The price I am quoting is an estimated yearly cost. Initial visit plus $25.00 per trap plus service every 3 months.

Decided not to use at the current time