Windows
Siding
Doors
Finished Carpentry and Woodworking
Gutters
Kitchen and Bath Remodeling
Roofing
Flooring Sales and Installation
Countertops and Backsplashes
Licensing
Bonded
Insured
All statements concerning insurance, licenses, and bonds are informational only, and are self-reported. Since insurance, licenses and bonds can expire and can be cancelled, homeowners should always check such information for themselves. To find more licensing information for your state, visit our Find Licensing Requirements page.
Business Details 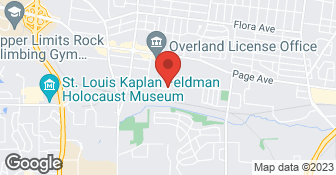 The men that came into our home did not look professional. I saw there were fingerprints all over the windows after they were installed, and asked if they would clean them off for us as the window is impossible to reach without a ladder and they told us that we should get them out ourselves. My mother is elderly, and I was very ill myself. I then went outside, and noticed that there was yellow glu...

There were several problems throughout this entire job, as detailed below. Essentially, Castle Rock Remodeling installed ALL the windows wrong and the siding was not done well or as contracted with the correct Alside caulking, foam and insulation. The biggest issue is that the windows were not installed to receive the new siding. They were incorrectly installed flush with the original OLD siding, ...

DESCRIPTION OF WORK
On May 22, 2013, we signed a contract with Castle Rock Remodeling for all new windows, patio door, and new siding. We had a scheduled date to begin on Monday, July 8, and to be completed no later than July 12, weather permitting

In serving more than 10,000 homeowners during a course of over twelve years, a handful of consumers attempt to employ online complaints as a vehicle to “bully” our business into rendering products and or services for which they are unwilling to remit and or exceed the contractual scope of what they agreed. Attached you will find three signed and fulfilled contracts of 20 May 2013. You will also di...
4.0

The price was about half the cost of the others providers we looked into. They were on time and professional.

DESCRIPTION OF WORK
Their service was used to install siding on the garage.

the representative that came to my home to do the initial assessment was informative and was not "pushy".  It really bothers me when a salesman tells me what I need and not the other way around. He was in and out in less than 45 minutes. I paid half up front and the other half on completion. I setup the installation date with the expectation that they would arrive between noon and 4pm. They called...

From the salesperson to the installers, this job went as promised.  We were given several options as far as type of window but no pressure to upgrade.  This was a total difference from a big retail company that we had come out.  They kept asking us what we wanted with no suggestions--we are not the experts!

DESCRIPTION OF WORK
We had ALL of our windows replaced and our home is about 20 years old so we were worried about the fit and look.  They did an excellent job, both inside and outside.  Very efficient.  We had an issue with one window and feeling a draft.  When they came back out to look at it, the installer noted that some of the other windows may have the same issue and inspected all.  Again, very pleased with the final result.