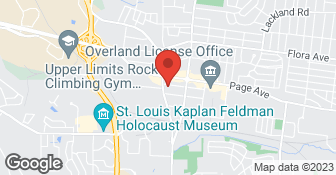 Being in the stone industry for over 50 years gives us the knowledge and skills to better serve our customers....

I had a hard time finding someone to repair/replace the marble surrounds for my fireplace. When I called C. Whitaker Marble, I spoke to one of the owners explaining my problem. He indicated he thought they could do the job and sent someone out to look at my fireplace and take measurements. The older gentleman who came out indicated that it wasn't really possible to remove the piece of marble on the floor, since it was "glued" to the subfloor and surrounded by hardwood. He suggested installing a new piece on top of it, and then doing the same thing with the side and top pieces. After he left, I got a call, maybe an hour later from the owner giving me a quote for doing the work. I then drove out to their location and he showed me a piece of marble that he thought was a close match to the original. I made arrangements to have it installed. The morning of the installation, the original gentleman came along with a younger helper, both very pleasant and professional. After they installed the piece on the floor, the older gentleman told me that he thought they needed to remove the sides and top, since otherwise those pieces would stick out too far from the wood around them. They then proceeded to remove the original sides and top, which took probably an additional hour. The result was amazing. The piece on the floor looks like it came with the house, because you can't really tell there are two pieces, unless you're looking at it from a sitting position. Then it just looks like it's slightly raised. By removing the original sides and top, it's still recessed from the wood that surrounds the marble. The whole experience reminded me of another time, when dealing with craftsmen wasn't a unique experience.

Description of Work
I had the marble surrounds on my fireplace replaced. The original marble on the floor had multiple cracks in it that had been "repaired" by the former owner. A new piece of marble was put over it. The rest of the surrounds were replaced.

It was a large area and they got down on their hands and knees. They stayed by their quote even though it turned out to be a bigger job.

Description of Work
They cleaned my floors for me.

C Whitaker Marble Inc is currently rated 5 overall out of 5.

No, C Whitaker Marble Inc does not offer eco-friendly accreditations.

No, C Whitaker Marble Inc does not offer warranties.