Flooring Sales and Installation
Fencing
Concrete Pouring and Repair
Ceramic Tile
Carpet Sales and Installation
Unfinished Carpentry
Awnings
Licensing
All statements concerning insurance, licenses, and bonds are informational only, and are self-reported. Since insurance, licenses and bonds can expire and can be cancelled, homeowners should always check such information for themselves. To find more licensing information for your state, visit our Find Licensing Requirements page.
Business Details 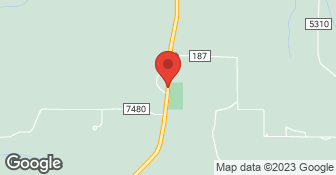 We are committed to our customers, providing exceptional products at an unbeatable price with service at the top of the list. Our products are EPA Lead-Safe certified and our windows are Energy Star certified and are backed by the Good Housekeeping Seal. Additional DBAs - Window World of St Louis & Window World Inc. Locally owned & operated by Jon Gillette & Jim Lomax.

Specializing in Moving Services! We guarantee your satisfaction and we won’t leave until the job is done right. We pride ourselves on the quality work we provide, while delivering great customer service! Check out our services offered and call or click to schedule a free estimate today.

END GUTTER CLEANING FOREVER! We Install Gutter Covers and New Seamless Gutters. Our Forever Clean Gutter System is 100% maintenance free and effective, with our State of the art design, nothing but water will enter your gutters. Our product has no holes, gaps or large openings to keep all debris out. We have over 20 years of experience in the industry. We offer Senior and Military Discounts. Call us to schedule a Free, No Obligation Estimate!

DESCRIPTION OF WORK
They replaced my roof, killed my shrubbery by laying a ladder on it and had to be called back when it rained the day after they were "finished". They did provide a 5 year, all-inclusive warranty on their work; however, less than a year later - when it started raining inside my house - they were nowhere to be found and blocked my number after 2 weeks of trying to reach them.

DESCRIPTION OF WORK
They lacked the proper credentials and insurance...quite sketchy as they attempted to swindle me by passing a misleading insurance paper...I called to confirm.

1. It took a very long time to complete job. Job was started beginning of September. Final check after inspection was made mid November. 2. The crew was not mindful of cleanup after the day's work. Trash was left on site. 3. The crew was not mindful of existing landscaping and shrubbery. My hosta plants at the rear of the house and some evergreen shrubs in front of the house were trampled upon. Sh...

We bought a home a couple years ago and decided we didnt like paneling so we decided to rip it out. After is was all out we attempted to put a couple pieces up but was messing it up. We didnt know how to cut around the electric stuff. We called J and B and they came right on over and helped us alot. They knew just what to do to get around all the electric and around the windows. We found them from...

DESCRIPTION OF WORK
We tore out the paneling in our house and thought we replace it with drywall turns out we didnt know what we were getting in to. We hired them to put up the drywall in our home.

t I called Jand B and they arrived the same day, although it was about 7 that night because they were on a job site, to give me a quote. They quoted $5498.13 to tear down my little deck, rebuild it, level form up and pour a concrete patio( for the patio that cost was just for labor, not the concrete) , and fix some siding that was damaged in a hail storm. The price seemed very fair to us,and we sc...

DESCRIPTION OF WORK
We have used J&B Construction in the past, and they have always been a great pleasure to deal with. This time we had a deck that needed torn down and rebuilt as it was getting older and felt unsafe. The old deck was built with 2x4 flooring, and the hand rails were not sturdy. Along with the deck we had them pour us a small concrete patio behind the back deck to BBQ on. I believe the concrete patio is roughly 15 feet by 10 feet. Since we had them there, we also asked them to repair a few pieces of hail damaged siding. The siding was on the second story of our home, and it was a major eye sore, not anymore!!