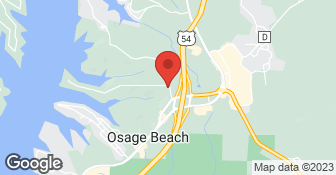 Initial repair was prompt and completed. Plumbers could not provide bid or other info on other work needed to prevent further issues. Steve, owner, is very personable and seems helpful until.... made appt to complete job installing pump and antifreeze and although called and confirmed and then again saying he was close he never showed up. We needed this job completed plus bids on several other plumbing changes. We called office several times and secretary also stated she was worried. We spent 2+ hours waiting and driving roads to make sure he was not in accident or broke down in subzero temps. No call/no show. My ins agent referred this company and called later to make sure all was good. We told him experience and he contacted Steve who told him he couldn't find the place with GPS, did not have good signal, and had other things to do. Signal is iffy around here but 10 mins to main road with perfect signal for all and multiple people have no problem getting to house with GPS. Hmmm - really? And then never call back again. So, not recommended With no integrity of the owner, Steve, who still never even bothered to call us back after multiple concerned phone calls and texts that his secretary confirmed he does receive and then our insurance agent who referred us called him personally. Now on to leave a great review for our insurance agent who did everything to try to make better for the referral he made that turned out like this. Plumber even told our agent we could come get the supplies and agent offered to bring them and help us - so on the search again for a good plumber who is dependable, willing to work and provide the services paying for, honest and has some integrity. Doesn't exist with Straight Flush Plumbing at the lake.

Description of Work
Fixed a frozen pipe promptly and correctly but employees could. It give bids or provide other info to prevent further issues. Spoke to owner, Steve, about additional plumbing work needed and requested bids And additional services.

Each time they were able to respond quickly, work efficiently, and cleanup after themselves. All at a very reasonable price. They have earned my total confidence.

Description of Work
I have used Straight Flush on three separate occasions, twice for new toilet installation and once to replace elements in a water heater.

I called Straight Flush this morning and explained my problem. The plumbers arrived at my home within two hours after the call. They didn't bat an eye, had a solution for what I had perceived as a problem. They were finished within an hour of arrival and hauled the old toilet away. They were very congenial and left no mess. All at a very reasonable price.

Description of Work
Finished a toilet installation that I had started and was unable to complete.

Description of Work
Called them on a Monday and they came that day to look at the problem. I needed to replace a broken 20 year old hot water heater and add a water softener. They set the appointment for two days later, Wednesday, and got me all set up. I bought the softener on my own so the tank, filter, and installation was about $1000.00. The installation was no easy process, they had to drill thru six inches of concrete and crawl into a crawl space to be able to hook up the softener and provide a drain for it. I took about four and a half hours so labor was about $350.00 or so. They did an awesome job, very fair price for what they had to do working with a 70+ year old house! They are now our new plumbers for sure.

Didn't bother to call back for an emergency plumbing issue. Not cool for a company that is supposed to be 24/7.

Description of Work
Didn't bother to call back for an emergency plumbing issue. Not cool for a company that is supposed to be 24/7.

Steve and his staff are always here before or when they say they will and take care of all problems in a timely and professional manor. And in addition, their prices are fair and their response time in minimal. We can't recommend them higher than 'A' but if we could we would!

Description of Work
Fixed a broken shower pipe in the bathroom wall.

Description of Work
Steve came out when he said he would and did a good job for a reasonable price.

Description of Work
Straight Flush is great! Steve and his guys are prompt, professional, and courteous. They installed a bathroom vanity and fixed a few leaks for me. The finished product looks great. I highly recommend this company. | |Mark Webb, Linn Creek, MO

Description of Work
Unclogged kitchen drain. It was completely clogged and he spent an hour and a half on the job crawling under the house at one point. It's hard to find good services here at the Lake and they are first rate. Will use them to replace all old plumbing in the spring.

Description of Work
moved water heater and water softener, when good, and one problem they had, they came back and fixed at no extra charge

Description of Work
No call. No show. Appointment set for 4:00 p.m. Today.

The two workers were prompt and friendly. They couldn't replace any wiring needed for the job. We supplied that for them. When finished, they did not have all the valves open nor checked to make sure water was going throughout the house. Once they left, we discovered that we did not have water to upper level of house. My husband located the proper valve and when opened it we had a leaking pipe. We could not get ahold of them for over an hour after they left. No one answered the phone at the business number (at 2:00 in the afternoon during the week)??? We finally tracked down the phone number of the workers who did the job and they returned to fix the leaking pipe about an hour later. The workers had just left when the owner of the business called to chew out my husband because he left 3 messages on their voice mail. My husband works in retail and knows the importance of good customer service. The owner never apologized for the error on his workers part or that he wasn't available to answer the business phone, but instead proceeded to yell at my husband telling him that he had to work too hard to be around to answer his phone! I'm sorry, but I would never recommend this company to anyone. Very, very unprofessional!

I was impressed at the above and beyond service I received. The old water heater died and I had guests staying at the house in 2 days time. The owner personally came out and installed the new water heater. I sincerely appreciate the professionalism and effort applied to this small plumbing job. I would highly recommend.

They showed up promptly at 8:00am. Since we had several jobs there were 2 workers. They worked on different jobs at the same time, and helped each other when necessary. They worked very quickly (out by 10am) and left the work areas clean. They even used a shop vac to clean up water and dry wall dust where they had to cut the wall to replace ice maker shut off. My husband said they were faster then Jimmy Johns. The price for the work done was very reasonable and fair. The workers were friendly and professional. We will definitely use this company again for any future plumbing needs.

Showed up very professional and personable. Explained what he was doing and why each step of the way. Amazing customer serve and really went the extra mile to make sure I understood everything and was fast and professional. The company is my go to plumbing company in the lake of the Ozarks from now on. !!!!!! I could not be happier.

Description of Work
Had frozen water pipes that burst in the lower level of my finished house. 11 separate breaks

Steve with Straight Flush Plumbing is fantastic! I called him toward the end of the day and even though he was already on his last job of the day he said he would work me in. After I purchased a new water heater from Lowes, Steve picked it up for me and arrived at my house just about sundown. Steve and his crew removed and replaced my water heater in less than a half hour and stayed to make sure that the water heater was correctly installed after water was turned back on in my residence. Steve did not charge me an emergency call out fee, installed a direct access shut off valve for free that my builder should have installed when he originally built the residence and gave me up front pricing which was the charge at the completion of his work. Steve went way above and beyond what he said he would do for me and did so at a fair and upfront price. Steve was pleasant to work with, kind to my family and didn't even seem to mind my little yipping Yorkshire Terrier. I would highly recommend Steve and Straight Flush Plumbing for any job and I intend to make him my full time plumber from now on.

Very quick to respond. And quick to schedule with me. I also thought it was great he called my wife to confirm when he had to cut in to the wall to get to the proper area in order to proceed with the full repair. It was nice of him to do because a lot of plumbers wouldn't do that at all, they would just cut away and ask questions later. I have used Straight Flush before and found him to a very excellent and caring plumber. Highly recommend.

Description of Work
Replaced an outside water faucet that was leaking.

The water heater was an old 80 gallon and Steve came out, measured and checked the brand to make sure that he was able to purchase the equivalent product to match the others that we currently have, he then ordered it, picked it up, and installed it seamlessly! He's wonderfully easy to work with and always professional!

Description of Work
Replace an old hot water heater and fixed a leak in a bathtub drain.

I LIVE OUT IN THE BOONIES OUTSIDE OF ELDON, MISSOURI. I HAD MADE 3 OTHER CALLS FOR ESTIMATES AND STRAIGHT FLUSH PLUMBING WAS THE LEAST EXPENSIVE, HE WAS POLITE AND EXPLAINED THE WHOLE PROCESS AND WHAT HE WAS GOING TO DO BEFORE HE STARTED. THIS WAS ON A HOLIDAY AND ALL HIS COMPETETORS CHARGED AN ADDITIONAL FEE. HE DID NOT. HE ALSO GAVE ME ADDITIONAL INFORMATION ON HOW TO MAINTAIN MY LINES IN THE WINTER. VERY VERY NICE, REASONABLE AND HELPFUL!!!

As stated above, we will take care of all your water needs!

Straight Flush Plumbing is currently rated 4.4 overall out of 5.

No, Straight Flush Plumbing does not offer eco-friendly accreditations.

No, Straight Flush Plumbing does not offer a senior discount.

Straight Flush Plumbing offers the following services: As stated above, we will take care of all your water needs!