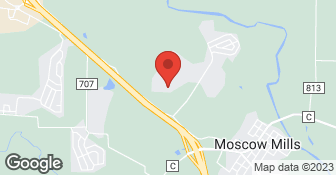 Epik Construction has a long history of completing projects that exceed customer expectations. We take special care in each and every detail with your budget and goal in mind. From custom work to simple installation jobs - Epik Construction has a service to fit your needs. Feel free to contact us to learn more about how your dreams can become a reality with EPIK

Not well. They showed up the first day without the plan and proceeded to install the cabinets incorrectly. Had to redo them twice to get it right. Cabinets were installed at the wrong height, 1/2 lower than the stove. One cabinet door was installed with the wrong hinges. The correct ones were in one of the boxes. Seam in granite counter top is quite noticeable near back of counter. Counter instructions called for the molding at the top of the cabinets to be installed before the cabinets are mounted. They did not do that and never it was not possible to install it later. Microwave door would only open 1/4 of the way as it was hitting the cabinet door. While moving the refrigerator back into the kitchen, they dropped it and damaged a section of my hardwood flooring.

I was referred here. Met the owners, family owned seemed great. I tore out the kitchen and they did flooring, base and upper cabinet instal, quartz counters, new sink, moved a dishwasher. Day 1 went great, owners were there, everything went well. Day 2, a different crew came, some minor issues. Counters arrived 2 wks later- not their fault- measurements were wrong, resubmitted them, still wrong. They were only there once for measurements. Called a friend with a different company to re-measure, magically they were right. Instal day comes, again I couldnt be there, a different crew came- scuffs on the counters, glue and trash left behind, no clean up. Disposal not hooked up ( I fixed, not connected correctly). Dishwasher started leeking, paneling was brad nailed, poorly, thru a new, what was water proof, vinyl tile, leaving exposed wood. Water leaked, panel ruined. 2 wks later they came out, said it was a manufacturing issue. After calls to the manufacturer, 3 wks of back and forth it was determined the seals got warped from being in our garage while we waited on counters for 3 months. Ask them to come put a new panel in, it was a 3 week wait. Eventually had them drop off materials and cut my losses.

The bathroom looks beautiful! The crew was friendly, kept us informed about progress (complete remodel was done in a week), let us make decisions before just doing and did their best to not create mess through the rest of my house. Very satisfied with their work.

Description of Work
They did a bathroom remodel for us.

Owner and all the workers were outstanding. Very respectful. Work quality was excellent. Did the work quickly (a day and a half). Very satisfied and would recommend Epik to anyone.

Went very well. They guys were very professional and nice. Job was completed in a timely manner.

Description of Work
had a small section of my roof replaced

Integrity Custom Painting is a family-owned Premier residential & commercial painting contractor with nearly 30 years of experience. We specialize in interior transformations with handcrafted quality. We also offer a wide variety of other services to help our clients achieve their specific needs. "My goal and purpose, with every project I am selected for, is to showcase timeless quality and craftsmanship. I select the best stains and paints coupled with just the right tools & applications to achieve the highest level of standards. I am personally involved in every project from start to finish. Integrity Custom Painting will continue to deliver a promise of excellence in each and every home and business. Thank you for the opportunity to serve you!" Don Alexander, Owner/Operator Give us a call today for a free, no-obligation estimate! Discounts available - details available upon request!  …

Since 2009, we have been specializing in interior and exterior painting, wallpaper removal, cabinet refinishing, and more! You name it, we paint it! We guarantee your satisfaction and we won’t leave until the job is done right. We pride ourselves on the quality work we provide, while delivering great customer service! Check out our services offered and call or click to schedule a free estimate today!  …

Loveland Home Solutions is a residential service company specializing in electrical and plumbing repairs. We are family owned and operated and maintain a work load so we can be responsive to your needs in a short time. We have been in business for over 50 years serving the St Charles and St Louis Counties areas  …

All statements concerning insurance, licenses, and bonds are informational only, and are self-reported. Since insurance, licenses and bonds can expire and can be cancelled, homeowners should always check such information for themselves.To find more licensing information for your state, visit our Find Licensing Requirements page.
General Information
Free Estimates
Yes
Eco-Friendly Accreditations
No
Payment Options
Check, Visa, MasterCard, American Express, Discover
Senior Discount
15%
Warranties
No

Epik Construction & Remodeling is currently rated 4 overall out of 5.

No, Epik Construction & Remodeling does not offer eco-friendly accreditations.

No, Epik Construction & Remodeling does not offer a senior discount.

No, Epik Construction & Remodeling does not offer warranties.