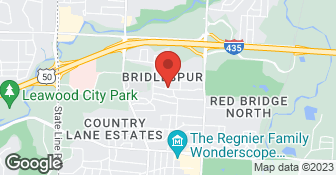 Our passion is to make you home or business beautiful with beautiful stone. Creative driveways will dramatically improve the look of your property & increase it's value....

Amazing work, Daniel the foreman was attentive and hard working. Great crew and would highly recommend!!

Description of Work
resurface back patio

Aggregate failed miserably within the first year. Suppose to have a two year warranty. Company would not return phone calls or emails.

Description of Work
Aggregate rock applied to front walk way and portico. Would have done the driveway but not allowed by the HOA.

Regret we hired them. Tim, the owner, doesn’t return phone calls and texts. Voicemail and emails are ignored.

Description of Work
Epoxy/stone product installed on front stoop and walkway. Very sloppy install. Landscape lighting damaged ($400). Bottom 6” of our porch columns were covered in epoxy. One year later, the tread on the first step had a 2 foot long crack in the stone product. They declined our warranty claim...so much for their 2 yr warranty b.s.

I spoke to this company in January of this year to be on the list to have this done in May of this year they just called me to get a job the job done nine months later and four months after it was originally supposed to be done. They knew I would not be home when they came to do the job and also had my work phone number to contact me when they arrived. They never called me at work and called a number that was unavailable during my working hours. When I contacted them after I got out of work I was told that my porch was too dirty (it isn't. I just power washed it), that my job was too small to be important, and that they didn't need my business. They are rude, unprofessional, and not prompt in service. I would not recommend this company to anybody.

Description of Work
I needed a new layer of Epoxy laid over a pebble porch that was laid by a different company years ago.

We were delighted with the way Kreative Driveways Inc. transformed our salt-eaten concrete with a beautiful new finish. They were punctual, polite, careful with our plants, and answered all of our questions. This company has see three generation involved in their business, and they take pride in their work and great care to pass their good name on to their successors. We are going to have them back soon to do our patio in the same material.

Description of Work
Refurbished our concrete stoop, steps and sidewalk with decorative pebbles set in an epoxy base.

They did a great job. They were right on time and they did everything they said they would do. There were a couple of defects almost a week after they were done so I called them and they were right out and fixed it. I was very pleased them and the price too. They were very professional and the owner came every time to check everything. So far I think they are great; it has a three year warranty on it. I extend every three years.

Description of Work
I had a garage floor put down by Kreative Driveways. I had a driveway, a porch, and a deck done too.

Company resurfaced my patio with epoxy/stone material. From first visit to give price quote through completion of the job, the company was responsive, professional and provided quality workmanship.

Our driveway was in pretty bad shape. Structurally ok, but the surface had started to flake up and was covered with pot marks and a few minor cracks. Basically it was looking ugly. Tim Myers, the owner, came over on Saturday to discuss with us exactly what they do. He explained their product and the entire process to us. He also helped us pick out the colors to use. The entire process took 2 days. The first day the crew completed the front porch, sidewalk, and the driveway border. On the second day they completed the driveway. The entire process went exactly as we were told and the end result turned out even better than what we were expecting. Tim and the crew were all great and I would highly recommend anyone looking to upgrade the appearance of their drive to give these guys a call.

The patio started very quickly! I ordered it on Thursday and it was put in the next morning and it took all morning to put in with about 4 or 5 crewmen. They were very neat, polite, and professional. They cleaned up after themselves really well and just did an excellent job. The following Saturday someone else came out and took care of the paperwork and payment. They just transformed my patio! It's beautiful with two different colors - one on the steps and on the patio itself. They suggested the colors and let me know how the colors would reflect the sunlight and heat. It was just a great experience.

Description of Work
Epoxy & stone overlay patio. 8 years ago they also did a driveway in epoxy & stone - They sealed it every couple of years.

Five years ago I had major foundation work done on my home which included having piers put in directly around the foundation in order to raise sections that had settled. The foundation work was a success, but unfortunately I lost all of my landscaping and I ended up with a separation between my front stoop and the step down to the sidewalk. I eventually had new landscaping put in, but the stoop and sidewalk were an eyesore and definitely in need of repair. Rather than having the steps and sidewalk removed and replaced with new concrete I wanted something with a little more character, so I went to a local home and garden show to get some ideas. I had the opportunity to speak with a few contractors about covering the old steps and sidewalk with an epoxy/stone overlay, which was something I had been considering. After asking each of them a lot of questions, one contractor in particular stood out. Ken Frederick is the sales rep for Kreative Driveways, Inc. located in Overland Park, KS. He answered my questions thoroughly and took my phone number to set up a time to come by and give me an estimate. I asked him to call me the following week which he promptly did. He offered to come over on a Saturday so I wouldn’t have to take time off work, and called me that Saturday morning to let me know he was on his way. He spent about an hour explaining the process in detail, taking measurements, writing up an estimate, and showing me all of their sample colors to choose from. I signed the contract and we set up a tentative date to complete the work, based on the weather cooperating of course. Tim Myers is the president/owner of Kreative Driveways. He called me the day before they were going to do the work to let me know what time to expect them. When he arrived with the crew, he introduced me to the foreman, Daniel Curtin, and the other two gentlemen that would be doing the work. He explained the process to me in detail and answered all my questions thoroughly. The job was completed by the end of the day, and the forms that had been put in place that day were removed the following afternoon after the epoxy/stone overlay had hardened. Tim called me that evening to make sure I was happy with the work. They did a beautiful job and it enhanced the curb appeal of my home tremendously. I’ve had many nice compliments from the neighbors. There were several things that stood out about this company in comparison to others I spoke with. Kreative Driveways is family owned and operated and has been in business for 32 years. Tim also has two brothers operating the same type of business in St. Louis, MO and one operating in Nebraska. Tim offers a three year warranty on his work with the option to renew the warranty every three years for a total of 15 years as long as you have them come back and re‐seal the overlay prior to the expiration of the warranty every three years. Other companies I spoke with only offered a one‐year warranty. In addition, Kreative Driveways applies their overlay at a minimum 5/8” thickness, compared to as little as 1/4” thickness with other companies. They were careful and mindful of my landscaping that they had to work around, and they cleaned up everything nicely when they left. I’m sure that my job was small in comparison to the driveways, patios, pool decks, and commercial jobs they do, but they treated it as though it were every bit as important to them as the bigger jobs. I highly recommend them and very much appreciate the great job they did for me. I would also suggest visiting their interactive website at kckdi.com for a comprehensive look at the entire process from start to finish.

We offer quality and affordable concrete and masonry services.  …

J. Richardson Construction is a family owned and operated business that has been operating for over 20 years. While our main specialty is underground utilities such as: storm water, french drains, water and sanitary lines we consider ourselves a jack of all trades. Our next area of focus is concrete work. For example, sidewalks and driveways. We also can provide quotes on fencing. J. Richardson is not only licensed and insured but it is also a WBE/DBE company in the state of Kansas.  …

Kreative Driveways Inc is currently rated 4.1 overall out of 5.

No, Kreative Driveways Inc does not offer eco-friendly accreditations.