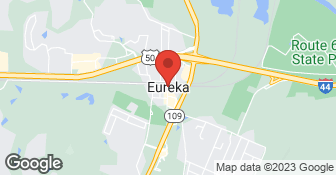 Painting is what we do interior, exterior, residential and commercial, customer service and satisfaction is our specialty, taking care of our customers needs is my team's #1 priority, we take pride on making the painting project as simple and hassle free to our clients as possible, produce great quality work and keep it on time and budget. give us a try and a chance to impress you.  …

360 Painting specializes in interior and exterior residential and commercial painting, as well as home remodeling. We value quality, beauty, and customer satisfaction in all of our work; we stand by our name and our family's name. We are family-owned, as well as woman-owned and minority-owned. We have long been in business as a paid hobby, but have since decided to make a living from it.  …

Owner-operated. No subs. Cost is determined by the job. No travel charges. No service fees. SP prefers contact by phone.  …

Request was to have entire house painted w/ new baseboards before we moved in it with our kids. We were given the impression this could be done and it wasn't even close. Alvin has a VERY small company and should have never agreed to take this job. We had no idea that his company was him and one other painter! Very rarely was more than one person here! Even though his quality of work is pretty good, he does better at much smaller jobs that don't require a time line. He failed to show up on several occasions and communication was lacking. Even though we were happy with most of his work (baseboards could have turned out a little better though for what we paid), I would caution hiring him if you are looking for a company that can get a job done in a reasonable amount of time. His main source of help was one person who was not very reliable either. We learned that it's a good idea to actually ask for referrals and call them! After the fact, we found out this is a common problem for Alvin.