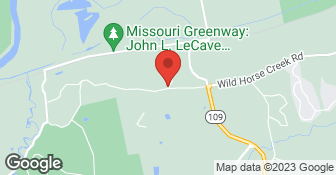 Call Bryan Flynn for all of your needs, inside or out. One call really can do it all. Unbelievable prices on lots of different tasks. 3 employees....

With over 20 years of combined outdoor lighting services we’ve developed the experience to deliver incredible results, on time and on budget. There is not much we have not seen when it comes to outdoor lighting and we enjoy sharing great ideas. Our experience and relationships with our manufacturers allows us the ability to deliver some of the most cost-effective outdoor lighting solutions with LED and assorted technologies. We’re small business owners who know the value of keeping our word. By placing an emphasis to under-promise and over-deliver day by day we become more and more dependable. A trait we highly value. Installing, Repairing, Designing and Updating your Low-Voltage Landscape Lighting Systems with Top of the Line LED fixtures and luminaries. LED Christmas Lighting. We service Homes, Subdivision Entryways, Business and more!!  …

Lawn Systems, Inc. is family owned and has been serving the St. Louis area in the green industry since 1988. We specialize in irrigation, landscape lighting, landscaping and drainage solutions. Call the office at 636-349-6640 to schedule a service appointment or to request a bid. Please visit our website at www.lawnsystem.com  …

Additional DBA - Allen Irrigation & Lawn Care Inc. Allen Outdoor Solutions, Inc. has provided full service irrigation, landscape, and lawn care service throughout the St. Louis area for over 20 years. Our projects range in size, from small residential designs to large commercial projects. No matter what your vision, we can take care of every aspect of your outdoor project. All of our work is backed and fully warranted to your satisfaction.  …

I have never been anything but pleased with their work. I would recommend them.

I was referred to Bryan by my daughter. When he contacted me we set an early date and time for him to meet, review the project, and prepare a proposal for the front planter bed work. We were so pleased with the estimate and the material samples, we asked him to update the proposal to include the new planting bed at the side of the garage. We accepted the proposal. Bryan started when he said he would, but the work was delayed because materials were not available. He completed the project within one day of his verbal estimate. Several days later, I decided that there was too much soil in the front planter. Bryan corrected this the same day I reported it. We are very pleased with the completed project.

Description of Work
Bryan removed decayed landscape timbers from a front planter and replaced it with Anchor Hampton retaining wall blocks and caps. He removed an overgrown shrub, regraded the soil and relocated a drain tile along the front of the house to exit at the end. Bryan also built a new planter along the side of the garage, using the same materials. He installed a pop-up drain for the downspout.

All landscaping and lawncutting, also any type of general construction.