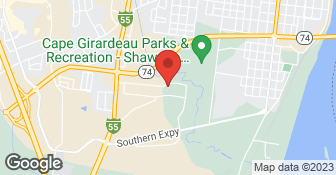 Roto-Rooter Plumbing and Drain Service in Southwest Missouri provides plumbing maintenance and repairs as well as clogged drain cleaning. With around-the-clock emergency services, we are the area's leading company for all of your commercial and residential plumbing needs.

Granted I know that no one really wants to work with Warranty Companies (which was why they were dispatched), BUT they strung me along for 6 days (plumbing issue preventing me from using my entire main bathroom) while the technician kept telling me it would be Saturday...then Monday...then he should hear something from the warranty people "later today". Of course no updates so I messaged and messa...

DESCRIPTION OF WORK
Plumbing stoppage (we think...never got far enough)

We called and complained that the problem was not identified the first time and they refused to do anything. DO NOT USE THIS COMPANY.

DESCRIPTION OF WORK
Service tech didn't find the true problem charged us a large bill and within 24hrs later the unit went out. They had the nerve to charge us for a second visit and gave us an inflated estimate to fix the unit. BEWARE!

DESCRIPTION OF WORK
Flori replaced one of our air conditioners-condenser and evaporator this summer; we couldn't have asked for better people to work with. They went above and beyond to give good service.

I was grateful for the estimate evaluation.  I was provided with options and prices that seemed logical and based on my best interests.  I was even given advice on what to do to maintain my old unit should I decide to keep it. After I decided to get the unit from Flori, they gave me priority to install the unit.  The installers were polite, professional and did an efficient job and knew what to do...

DESCRIPTION OF WORK
furnace was not kicking on and off properly. serviceman came out and fixed it. i asked how much i owed and he said would be around $200. i prepared to write the check and he said they would send a bill. A few days later I received a bill for almost $500. i called their office and explained the problem. was told they would get back with me. After about a week, i called again. The man who responded to me said they had replaced a part, that the service man did not know what he was talking about as far as price. i explained that i had not received any old part they had taken out, and the service man was a representative of his company. He was rude and hateful, and said he would sue me if I didn/t pay and that he would come out to my house and take out the part. it was the dead of winter, and it was cold.. i am elderly, and told him he had better come out to my house. These people are totally reprehensible, they tell you one price and will send you a bill for another. DO NOT TRUST THEM, and if they do work for you, get it in writing what they are going to charge you.

No plumbing services offered in the Southern tip of IL