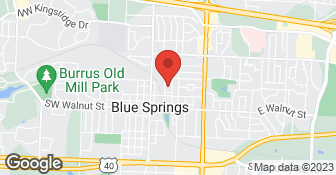 Busy schedules make both major and minor home repairs hard to get to. You also want someone you can trust in your home. Our technicians are Employees, not subcontractors. They are Insured and bonded, you can trust them in your home. Our techs have at least 20 years experience in the trade. One call to Mr. Handyman solves all your home repair headaches Our motto of "On Time, Done Right" says it all.

Quality Fence is a family owned and operated company that strives to provide excellent customer service, affordable prices, and top-quality workmanship. We provide free and timely estimates. We never use subcontractors to do our work. We supply and install residential and commercial fence and gates in the Kansas City Metro area. We are experienced in installing electric and solar operated automated and security gates. Our work is backed by a full five year labor warranty.

Better Business Bureau accredited business. I provide quality custom wood fence construction. Fence removal. Fence replacement. NO CHAIN LINK FENCE SERVICE OFFERED, SORRY. I only do quality work that looks great. Chain link does not look nice, therefore I do not provide it. I do provide tearing out chain link to replace it with a wood fence of your design/choice.

Awful! Do NOT hire them!

They showed up early y a week or more to start the job. They initially placed the planks further apart than we agreed upon. The error was brought to their attention and they came back and corrected the mistake. It took longer than what we thought it should to correct their mistake.

We received an estimate to install a white vinyl fence on February 13th at which time we accepted and gave them half down. They told us that it would take about 4 to 5 weeks. By the end of March we still didn't have a fence and were told they were having trouble getting the material, OK that was frustrating but understandable. The next excuse was the weather then when the weather cleared up they w...

DESCRIPTION OF WORK
Install the back and two front sides of a 4' white vinyl fence to match the neighbors on each side of us..

Fast clean and courteous. I have the best looking fence in the neighborhood.

All type of fence installation and repair. Wood, Decorative Steel or Aluminum, Vinyl or Chainlink.