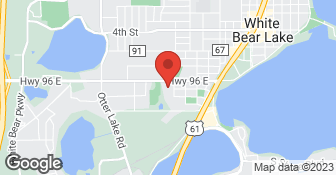 As the owner I have been debating on starting a construction company or not for many years. I have over 15 years experience on construction and a vision to complete projects. I grew up in the construction field with my grandpa owning his own construction company learning the tricks of the trades from him to owning my own Landscape business that I sold a few years ago. ( which was a Angie's list award wining company.) I am excited to get into building homes and remodeling homes to peoples dream we will work with any budget and help you get to your dreams as quick as we can. You will barely find some one so up front and honest about your project

Description of Work
Provider to date has failed to conduct paid for inspection, let alone the $300 credit for any subsequent work never realized to date. Very disappointed!!!

Description of Work
I bought a deal with Friend Brothers through Angie's List. They never responded to calls or messages to set a date. Eventually I had to give up with the work not done.

Description of Work
We had a couple pieces of cedar siding that were rotting. Nathan replaced them and also identified a roof runoff issue that was causing the issue and repaired that. All work was done to match the existing style of the house and I would absolutely recommend working with him. Thanks for the help!

I needed some work done on the exterior of the house to prepare it for painting this Summer. There were a few spots with rot, some broken siding boards, and other minor stuff. As we walked around the house, he gave me his opinion, however my first clue should have been that he did not write anything down. He spent about a half hour with me and then left saying he'd get back with me with a quote. That's the last I've heard from him. I've emailed and called with no response. It appears he has no intention of doing small jobs and I got the feeling as he was leaving that he wouldn't be back. I'm out my money and have a bad taste in my mouth about these "special deals" on Angie's list. I'm guessing he didn't pocket the $39 as I'm sure this goes to Angie's, but simply is using the deal to look for larger home remodeling customers. Shady practice at best.

Description of Work
I bought the $39 for Exterior Wood Rot Inspection Plus $300 Toward Repairs deal on March 2nd. On March 3rd, Nathan sent me an email asking for a good time to meet, to which I immediately replied. I didn't hear from him then for a few days and then we worked out a time to meet on March 29th.

Description of Work
This was an Angie's List Big Deal for an exterior wood rot inspection and bid. At first, communication via Angie's List messages went well, so after discussing with Nathan (via messages) what days and times would work for him, I scheduled the inspection and asked my husband to take the day off so he could be there for it. However, I received no response to two requests to confirm the date and time, and Nathan did not show up. I would like a refund of the $39 Big Deal charge.

Description of Work
We had him replace some rotting wood on our porch and way up high under the eave where a woodpecker had been. Also various other places. He did a fabulous job. He even painted way up high for us (we didn't even have to ask) He responded via the Angies list email right away, we told him we would call him when we get back from vacation. It took three messages before I received a response at that time, which is why I gave the C rating for the responsiveness. I gave him a B in professionalism because when he came over and I answered the door he did not identify who he was right away, I needed to ask. It felt awkward to me. However, he did such good work I definitely would hire him again.

Description of Work
Bad communication. After several months I just gave up

Description of Work
Bad Communication errors, They didn't call or message me back.

I haven't received any messages from you hard to respond email my regular email friend brothers construction@gmail.com
5.0

It went great he had great ideas the details were spot on. meeting with Nathan went very well and had product guides to show me the products that I was looking for. he also on his computer did a 3d model of my basement for me it was very helpful. I will deferentially use him again.

Description of Work
Nathan remodeled the whole basement of my house

It went great thinking about having Nathan do some more work after the holidays.

Description of Work
Framed some rooms in my basement.

We bring 30+ years experience in the construction industry, superior project management skills and extensive construction experience to every project we assess. We love to help problem solve and find the best solutions for you, and your home. Our Motto: "Transforming Homes to exceed Home Owners Expectations. Building Trust with Insurance companies to provide full restoration services for their customers. Building Trust in the community to provide all of their Property needs. These are the Foundations and Values we hold at Property Doctors Inc." let us know what problem. concern or plan you have and we can advise you on all your options.  …

we offer services from quick fixing in the home like dry wall repair window replacement to a full on costume home or remodel. We will bid on any project. If we are not comfortable doing the project, we will decline the opportunity and suggest some one in that field.

we are restricted by laws on some stuff that we can do. But we do know other companies that we can highly recommend.

How is Friend Brothers Construction and Design overall rated?

Friend Brothers Construction and Design is currently rated 3.5 overall out of 5.

What days are Friend Brothers Construction and Design open?

What payment options does Friend Brothers Construction and Design provide

No, Friend Brothers Construction and Design does not offer eco-friendly accreditations.

Does Friend Brothers Construction and Design offer a senior discount?

No, Friend Brothers Construction and Design does not offer a senior discount.

Are warranties offered by Friend Brothers Construction and Design?

No, Friend Brothers Construction and Design does not offer warranties.

What services does Friend Brothers Construction and Design offer?

Friend Brothers Construction and Design offers the following services: we offer services from quick fixing in the home like dry wall repair window replacement to a full on costume home or remodel. We will bid on any project. If we are not comfortable doing the project, we will decline the opportunity and suggest some one in that field.

Are there any services Friend Brothers Construction and Design does not offer?

we are restricted by laws on some stuff that we can do. But we do know other companies that we can highly recommend.