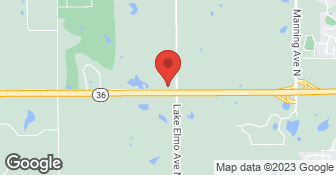 Minnesota's Best Professional Cleaning Services Company! Brothers is a family-owned, Twin Cities-based business that specializes in the services you need to have a beautiful, clean, and healthy indoor environment: Cleaning, Pest Control, Carpet Cleaning, Duct Cleaning, Painting, Cabinets, and Restoration. Since 1995, Brothers has helped transform thousands of apartments, multi-housing units, office spaces, and homes back to the beauty of their original state. Our goal is to:"Earn the Trust and Confidence of Every Single Customer, Every Single Time." •96.4% of our customers have used our services more than once. •Brothers Services is the winner of the Minnesota Multi-Housing Association (MHA) MADACS award for Outstanding Vendor Commitment. •Brothers Services is certified through the Institute of Inspection, Cleaning and Restoration Certification

Amazing! Didn't think our carpets could ever look this good again. Our building looked terrible. Was excited to see the Brothers Mfg van out front & HONESTLY Brothers is everything had heard they were & more. The guys worked hard they are hard working efficient polite & professional. Randy Jack and Mike Thanks for your diligence. As a resident of Sunnyside I Condos Personally Highly Recommend Brothers Mfg. ☝️

Their service has been great. They are fast, prompt, and they definitely respond when requested.

Description of Work
They did floor and carpet cleaning.

It was absolutely elegant. It was wonderful. It was over the top fine. They did a great job. We would go to anyone else besides Brothers Manufacturing. I have never had anyone do as good of a job that they did.

Description of Work
I had upholstered furniture that really needed cleaning. It looks terrific. They also cleaned the carpet which turned out wonderful. They did 3 couches, 2 chairs, an ottoman, and the carpeting.

I have been an Angie's List member for several years and this is the first time I have found it necessary to give a report, let alone a criticism of a company. I spoke with one of the owners out of concern over the service that I had received, which had fallen short of what I was told. Instead of addressing my concern, I was insulted. Updated 03/07/2012 Brother's response to the review was similar to my experience with them. They mischaracterized my complaint and tried to blame the customer. my concerns were clearly outlined to them. One of their employees even offered $100 to reimburse me. There were no demands. When I spoke with the owners specifically about my concern (i.e. they overstated their claims of what their services would accomplish), not only did he not follow through with what his employee already offered, he only offered $40 and tried to blame me for their mistakes.

I'm sorry if the member felt insulted. I had a very difficult time understanding what part of our service he was disastisfied with. We performed the requested service exactly as described, and he felt he was still entitled to a refund, a demand that I felt was unreasonable. I assume he was insulted by the fact that we were unable to refund him the amount he wanted. We have been in business for over 15 years. Complaints are going to happen and you do your best to see things from the customer's perspective. Sometimes that isn't possible.
5.0

They are absolutely excellent. They were very courteous. They went the extra mile. If a spot wasn’t coming out they went over it to get it out. We are more than pleased. Whenever I have this again we will make sure to call them to have the same person. The price was very reasonable. They offered a discount coupon on line. The price was below what other people were asking.

Description of Work
They have done carpet cleaning. We have a dog. They also cleaned three couches, two chairs and an ottoman that hadn’t been cleaned in ten years.

They are absolutely fabulous! They are very professional, thorough, and effective. We are repeat customers and have used them many times.

Description of Work
They cleaned our carpets

I had a very mixed impression of Brother's and Lil' Bro the Bed-Bug dog, but I'd like to give Brothers the benefit of the doubt on a lot of it. I had Lil Bro come check out my house after being treated with pesticides from another company. While I had no evidence of continued bugs I was still wary and anxious. While I personally broke down (it had been a very rough month in all things home related), the handler and other two pest control people there were trying their hardest to do what they needed to do. As advice to anyone thinking about using Lil Bro to check for bugs: USE LIL BRO FIRST- DO NOT TRY TO DO ANYTHING YOURSELF OR WITH ANOTHER CHEAPER CHEMICAL ONLY TREATMENT. My other PCO the first time did not leave the proper paper work to let me know what was sprayed, and thus Brother's didn't know what was sprayed. I felt a little accused/attacked by the way that was dealt with, which made me feel more uncomfortable. I had used diamataceous earth (another no-no if you want to use Lil Bro) which is a non-chemical dust that is a "natural" addition to pesticides for bed bug treatment, and they were very skeptical of letting Lil Bro in because of it (I had vacuumed it all up, but there was still some on the walls/worked in to the couch). Anyway, after a very thorough human search for bugs (which was great!) the dog came in and "hit" on a couple of things. After some more looking, it was declared a 'false positive' (?). I did get the impression they were trying to make me feel better about everything, which again, I have mixed feelings about now. I also gave a sample of a bug to them for IDing, because they said it looked different. That day I loved them. The next day I started to feel a little differently. What went well: Thorough human searches, didn't make me feel like an idiot when I cried, helped treat for mice without added cost, easy to schedule, actual bed bug treatment seems very comprehensive and worth the price What I have mixed feelings about: Did not ID the bug/misplaced bug, seemed to try to placate me, suggested I use someone else for follow up mouse treatment (which confused me) or if I needed follow up bed bug service If this is your first step in Bed Bug treatment, I would recommend calling Brothers. I felt like they would stand behid their own work and treat you well if they knew what had been done. If it is following up some else's work, I would recommend maybe going another route. It seemed like they didn't want to touch something that had already been started/complicated. I felt like I was at the same place I was before they came.

Very helpful comments! We need to do better about the way we communicate with this and our preperation for situations where other methods have been tried before we got there. Our customers should never feel like they did something "wrong" in trying to resolve a problem in their own home.
5.0

Carpet and padding installed in June, 2009, was emitting substance that caused severe skin rash. Extraction was paid for by carpet manufacturer. No cleaning or fragrance solutions were used, just hot water. Process increased emissions for a week or so, but it seems better now. Good thing, as my house is now closed up for the winter.

Description of Work
Hot-water extraction to reduce emissions from new carpet and pad in several rooms, hallways and stairs. Assisted with moving furniture to access as much surface as practical. Raked the carpet afterwards to remove marks from the machinery. Contractor provided the hot water and power from their truck, so none of my utilities were used.

That price is for a month. I am a property manager so they clean 30-50 sites that we have. Their customer service is phenomenal. You schedule them and then you don't have to worry about a thing. I've never had to worry about them not showing up. They are all very experienced. They are very professional. They are MHA members also.

Description of Work
They clean the carpet of any apartment that we have.

We are providers of painting services in the Minneapolis area. Our mission is to maintain the highest quality and professionalism from start to finish. We are confident in our results because all our jobs are custom needs to each home. We strive for the highest degree of quality products and workmanship. During the years in business, Angel JR Painting has satisfied many customers. It is our reputation of quality work, professionalism and customer service that our customers continue to rely on us for their needs. To understand the needs and expectations of our customers, we take great care to work and communicate with every customer in a professional manner. We base our reputation on service, safety, and quality. Contact us today and find out how we can meet all of your painting needs! Additional phone number: (612) 388-3646  …

Revel’s mission is to use proven systems to perform maintenance services that leave customers with memorable experiences and time to do what they love. Our vision is to become a household name in our market, an industry leader in customer service and a rewarding career opportunity for people in our community. ​ Revel’s customer focus is on providing exceptional experiences and service at a competitive price. Revel uses all in-house employees, high-quality products, and efficient systems that have been fine-tuned over years of implementation. Suppliers and employees love Revel for its loyalty, professionalism and positive energy. ​ As Revel looks toward the future, it plans to spread its commitment to exceptional experiences into other maintenance services including: window cleaning, gutter cleaning and pressure washing. By adding quality people that share Revel’s vision and values, the company will continue to expand across the Twin Cities and grow into a trusted leader in the industry.  …

Please text or call 612-481-9452 to schedule an estimate or schedule service. Our Specialties: Residential and Commercial Interior -Painting -Taping & Mudding -Drywall Repairs & Installation -Ceiling Painting -Walls & Ceiling Texture & Removal of Texture -Wallpaper Removal -Wood Staining & Enamel (Cabinet's, Doors, Trim, Windows) -Tile Installation -Floor Installation -Trim, Baseboard, Doors & Door Frame Installation Minor Carpentry Exterior -Painting & Staining (Siding, Soffits, Facial, Gutters, Garage, Windows, Deck) -Power Wash -Minor Carpentry We Value hard work to leave every job with our clients feeling satisfied and that they have received a great finished project. We believe in being Fair. Loyal. Honest. Trusting. Having Ingenuity. Accountable. Simple. Respectful. Value-centricity We are very meticulous attention to detail by our team. Friendly, expert paint consultation Prosperity Painting & More was created in 2018 it is a family owned business my husband Jonathan and I started Prosperity in a time of need. God put in my husbands heart to open a painting business at that time we didn't have much with the little bit we had we listened to God's voice and moved in faith, He has been faithful with us and still guides us today, Our goal is to give the best quality experience to each one of our clients, to build a long term relationship and provide quality service in every project we are honored. We hope to meet you soon!  …

How is BROTHER'S MANUFACTURING overall rated?

BROTHER'S MANUFACTURING is currently rated 4.4 overall out of 5.

What days are BROTHER'S MANUFACTURING open?

No, BROTHER'S MANUFACTURING does not offer eco-friendly accreditations.

No, BROTHER'S MANUFACTURING does not offer a senior discount.

Are warranties offered by BROTHER'S MANUFACTURING?

What services does BROTHER'S MANUFACTURING offer?