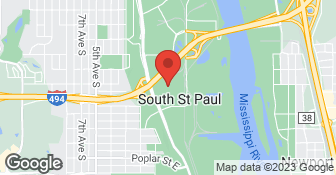 This was our second project with DeTomaso Construction, and we are so pleased that we will hire them again for our next project. Ron DeTomaso is an honest professional who took the time to understand our needs and wants and delivered exactly what we wanted on a very reasonable budget. This project was a two bathroom remodel. We redesigned our master bathroom and renovated our kids bathroom. For the master bathroom we wanted marble tile, custom cabinets and Silestone tops. Ron and his team took great care to make sure all the materials for the project were exactly as we expected, and that the design fit our space. The results are stunning! We even had enough room in the budget for great extras like heated floors and a bubbler tub. The kids bathroom is a small space. Our ask was for a functional design that did not feel cramped. Ron recommended using tile and fixtures that would provide great utility while giving the space an open look and feel. Ron’s quote allowed us to add a custom vanity, Silestone top and a frameless glass shower door all while staying within our budget. The work was completed timely, and Ron’s team exceeded our expectations. We always knew the work schedule of Ron’s team. There was never a day when a member of his team failed to arrive. Ron’s team was courteous of our personal space and always took the time to explain the work being done and made sure we were pleased with he progress on the project. Either Ron or his Project Manager, Wes, were on-site at least weekly to make sure the project was on track and to our satisfaction. We are extremely pleased with DeTomaso Construction and would highly recommend Ron and his team to anyone in need of a home contractor.

Great company to work with. Would hire again.

In 2017 I took estimates for the possibility of doing a garage rebuild/bathroom addition. While the garage project did not happen, I did decide to do just the bathroom addition, I reached back out to Ron for an estimate to the revised project, based on a number of reasons. The project did take all of the summer, mostly due to an issue with the tub I have chosen not meeting the city inspector's criteria, and the new tub (MAXX Kashmir) had a lead time of several weeks. The site manager, Wes, was indeed, as promised "my best friend" all summer long. Both Ron and Wes listened well to any of my concerns, and as unexpected things came up (there was not a foundation for part of the area where we expected one to be in the original plan.... the plumber that was originally planned to be used had an accident that prohibited him doing that part of the job), I felt things were very well communicated and appropriately managed. I was also impressed with the main carpenter/builder, Wayne. He took extra care to period matching things like trim and the like (more so than I had considered), and was careful with his work. I added the siding to the addition project (which also lengthened the summer timeline), as it was a project that I was planning to do if I ever plan to sell the place, and the timing to get it done seemed right. And, while the timeline for that part of the project did not meet my expectation, the crew was very mindful of the details and did excellent work (the house was built in 1900, and the project involved removing stucco that had been installed over another layer of exterior siding, and there were some under-repairs needed). My end-feeling was glad to have the work done right instead of fast, dirty, and cheap. Today, several months after the final inspection, I am very happy with the whole experience.

DeTomaso organized all aspects of the design, demolition, hazardous material removal and constructing the garage. The time frame was very reasonable. There were no excessive gaps in the work and Ron was very helpful with changes to the project. All the neighbors wish they had a garage like this.

Description of Work
Demolished an existing building and built a big garage.

We hired DeTomaso to install a new roof. We sought numerous bids, and DeTomaso was competitive on pricing, and very professional.

There were no problems. The entire project went very well and DeTomaso Construction deserves their excellent rating. We've lived in our home since 1976 and before subscribing to Angie's List about 8 years ago we experienced rudeness and/or incompetence more often than not. The DeTomaso employees were all courteous, conscientious and quite competent. We are 70 years old with disabilities and they were very accommodating, especially Wes who brought many samples to the house including tiles, carpet, paint colors, roof shingles and landscaping rocks,

The guys were fantastic!! The house is a rental house and they worked with my renters to accommodate their schedules (and dog) and helped us in meeting the deadlines for the city inspector. They kept me informed about every step of the process. I loved that they sought my input so that the finished product was exactly what I wanted. They were very professional. I would recommend and I would use again!

Description of Work
We had the interior walls of a basement bathroom demolished and installed tile, plumbing, some rewiring, installation of a new laundry tub and some rewiring in the main portion of the house.

First thing Ron asked us was "How is your marriage?" He went on to explain how stressfull an addition may be on a couple as he has seen in the past. To m,e this said alot about the kind of person Ron was and that he put us first. Things went as planned and we were within $2000 of the 100k budget. We would do it again in a heartbeat.

Description of Work
We hired Ron DeTomaso to add an addition on our home. I am a real estate agent and have been referring him to clients for years with great reviews. This was the first time we hired Ron. We removed an 18 foot exterior bearing wall and added a 14 x 20 room. we gutted the kitchen and created a 20 x 23 kitchen with a 14 foot island. Our original home has a wood foundation so Ron brought in an engineer to help us decide the right way to add on. Many friends have asked what would we have done different. Nothing at all. Work was done great and the workers were professional and clean!

Great, so far! Ron is a great guy to work with.

Description of Work
Working with Ron and his subcontractors has been a great experience so far. He stays in touch with me, tells me what's going on and we talk whenever needed. He fixes issues immediately and is an all around good person to work with. I don't feel like he is going to take advantage and he is very knowledgable. We're still working on it, so I look forward to giving an update. So far, we have chosen a door, replaced the water heater (and he redid it when he realized that he should have put in a different kind (no excuses, justifications, trying to talk me out of it or guilt trips). He took responsibility and fixed it, immediately. He also re vented my dryer (to code). So far, so good. Now we have windows to replace and painting to do.

The overall experience was great from start to finish. Everyone from their office administrator to the estimator to the carpenters put us the customer first. This was a significant project for us and we couldn't be happier with our choice - the quality and experience assured that we wont use any other home service/remodeling contractor for any future needs. Cost wise they came in slightly below average compared to three other bids - that and the attention to us, Ron's eye for detail and quality of work of everyone made this hands down best value for us.

We've used DeTomaso Construction for all of our projects over the course of the last 3.5 years. We started with replacing kitchen cabinets along one wall--top to bottom--and Ron gave us amazing custom cabinets that COMPLETELY match the others we already had. They are beautiful! The next project we used DeTomaso for was ripping out some very old flooring in our basement and replacing with porcelain tile--another beautiful end result! Then our fence blew down in a storm and Ron helped us deal with our insurance company and then repaired the fence & added a gate. Our final project (so far) was the recent repair of some sheetrock/drywall in our basement after some mold remediation done by another company. They worked around our schedule (we have 10 month old twins that slept right under where the work needed to be done) and again did a great job. We love Wes (the handyman who has performed most of the work at our house) and Ron and they are always the first company we call!

Monarch Painting offers reliable service and quality work at reasonable prices. We are fully insured, members of the Better Business Bureau, and have over twenty years combined experience. We can also help with wallpaper removal, light wall repair, and color consultation. • Monarch Painting uses Low or Zero VOC paint for your green painting solutions. Paints, adhesives, and other protective finishes are often formulated with solvents (or VOCs) to improve performance and durability. VOCs are unstable, carbon-containing compounds that readily vaporize into the air. When they enter the air, they react with other elements to produce ozone, which causes air pollution and a host of health issues including breathing problems, headaches, burning, watery eyes and nausea. Some VOCs also have been linked to cancer, as well as kidney and liver damage. • We are an EPA Certified Lead-Safe painting company, which means we take special care to protect our customers from the dangers of older lead-based paints. Award winning.  …

Shelton Painting Inc. is a Residential Painting Company serving the Twin Cities since 1990. We offer all services for interior painting and exterior painting. We offer the highest quality paint job using the finest available paint and materials. 5 Employees. No subs. Cost is determined by the job. No travel charges. No service fees. Additional phone - (612) 804-9376. Additional service area - Sherburne & Sibley counties. may contact through email. Award winning.  …

How is A. DeTomaso Construction LLC overall rated?

A. DeTomaso Construction LLC is currently rated 4.9 overall out of 5.

What days are A. DeTomaso Construction LLC open?

A. DeTomaso Construction LLC is open:

What payment options does A. DeTomaso Construction LLC provide

No, A. DeTomaso Construction LLC does not offer eco-friendly accreditations.

Does A. DeTomaso Construction LLC offer a senior discount?

No, A. DeTomaso Construction LLC does not offer a senior discount.

Are warranties offered by A. DeTomaso Construction LLC?

What services does A. DeTomaso Construction LLC offer?