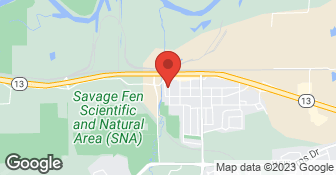 Family owned and operated, 20 employee's, sign up bonus of two free months when mentioning you saw us on Angie's List. Name in the top 100 MN companies to work for and 2011 and Small Business Administration Award Winner....

Over the two years I had service with Suburban Waste I essentially had to act as part of their billing staff for my own account. Both years they offered a discount on weekly garbage service if paying for a full year upfront. The problem is they do not treat garbage service as it's own service or credit. They lump everything they offer into one pool and just put the amount pre-paid into that single fund. When I signed up for yard waste later in the year, and other times when I needed oversized junk hauled away I was not billed separate amounts for those services. Instead they just used up the discounted annual pre-payment I had already made for garbage and then billed me a remaining balance. This causes the garbage pre-payment discount to become immediately useless as it allows them to charge for garbage service again in the same year. The advertised discount never came through since they applied that payment inappropriately to other services so they could reset the clock on billing my next year of garbage service early. Both years when I discussed this with the main office they gave me explanations of it being a limit of their billing system and that they would look into it. Both years nothing changed so I changed companies. When I was ending both garbage and yard waste service they tried what many companies seem to try in keeping the remainder of my pre-paid yard waste payment while refusing to actually provide the service for the paid term. With some persistence I was able to get the unused portion of yard waste service properly refunded at least.

I paid my July 2017 bill online and must have inadvertently put in the incorrect account number for my checking account. I received a letter from them a week later that I should run the payment again. The letter also referenced the 'original' invoice which was $50.99. I immediately went online and paid again via my checking and the payment went through. What I wasn't aware of is that they tacked on an additional $20 charge to my bill with no explanation. When I called inquiring about the $20 charge, it was explained to me that it was a charge the bank charged them when I inadvertently put in the incorrect account number the first time. I pointed out that nowhere in the letter they sent or on the invoice was there an explanation that I'd be charged $20 for my gaff. I requested that the bank charge be reversed. Jenny, the manager, said 'no'. When I requested to speak to someone above her she said she's as high as I could go. I again requested that the unexplained charge be reversed as there was nothing in writing explaining it. Again, "No" was the response I got. I said I may want to cancel my service. She said once I paid the $20 charge she'd start the process. When I said "what would happen if I didn't?", she said it would go into collections. I am frustrated because I have to take their word that the bank actually charged them $20 - there's no written proof that they were charged the $20 by the bank. I am also frustrated that the payment could have gone through initially if no checking account matched up to it. It wasn't until after I got verification that I'd made my payment on 7/18 and my Suburban Waste Services account was credited that it was discovered that my payment didn't go through. Their system should have caught that the rejected my initial payment. I have always paid my bill on time and in the interest of keeping their customer relations in good standing, they should have reversed the charge and taken it as an opportunity to improve their process - not alienate a good paying customer. I will be paying by written check going forward. I'm on the fence as to whether or not I will retain their services. Very disappointed in the attitude. Addendum - my bill went up over $4 in this last billing cycle. I'll be watching it closely to gauge if this trend continues.

Description of Work
Garbage pickup is great. It's the billing that's shady.

I had the garbage collection service from this company for four years. They were good at picking up the garbage on time. However, they raise the fee every year for the past four years. I am using 35 gallon bin and I end up paying more than my neighbor who is using 65 gallon bin. So, I switched to garbage man at end of this May. I also terminated the yard waste with them. I called them at the beginning of June to request for partial refund for the remaining 6 months(June to November) of yard waste service. They said they will have decision by the end of June. But, they never give me response until today I call them again, they refused to give me partial refund. I read the billing statement. There is no single term said the fee is non-refundable. I am so disappointed with their attitude.

Easy to work with. Always pleasant. The crew also moves the bins after emptying so you know that the waste has been picked up.

Very responsive and flexible. Have had several add hoc requests that I just sent an email about and always received a response in the morning.

We have used a few services over the years. SWS is by far the best. Prices are fair and their employees are always very nice to deal with. The one touch for us that sets them apart from all other companies is the place the containers in a row in the driveway after pick up. It's a small touch that makes a big difference. Very pleased the level of service.

I like this company. They are local so you get friendly people on the phone and do not have to go through an aggravating phone tree. They are also not fussy and just seem interested in doing a good job. I wish I could contract with them for recycling, but my city contracts out recycling to another company (who by comparison does not have as good customer service). I also like how easy SWS makes it to sign up and try out their service. You don't have to commit to a contract to get a good price. The guys on the truck are usually quite prompt.

Description of Work
Picks up trash

I am writing this review after having to cancel my service with SWS (moving to an association.) By far SWS has been the best service provider that I have dealt with in many years. Every call to SWS is answered by friendly staff and the route drivers are fantastic. The service difference is noticeable daily as I drive through my neighborhood and see other waste company bins sitting empty at the bottom of driveways or in the street. SWS always places the containers in single file lines halfway up the driveway, it may not seem like much but it is a very nice touch. I hope that the association that I am moving in to takes a look at SWS when the waste removal contract comes up for review. Thanks for your great service SWS!

[removed member name], Thank you so much for your kind words! We are so sorry to hear that you are leaving us and wish we could service you at your new home. We wish you the best! SWS
5.0

Great. They dropped off the garbage container two weeks before the service started. They come between 7 and 9 am to pick up the garbage on their assigned day (designated by the city). Price is VERY reasonable!!!

Description of Work
Pick up my weekly trash only - did not get yard waste services.

When they first delivered their carts it was raining outside I opened my garage door to bring them in and the driver told me to hold on he went back to the truck and got a towel and proceeded to wipe them down before I brought them in the garage. Since I started the service they pick up at the same time every week and also roll the carts half way up my driveway neatly out of the way. I have had a great experience so far and would recommend them to anyone looking for a company that actually understands the concept of customer service.

Junk Happens offers junk removal services and foreclosure clean-ups to residential and commercial customers. We do all the loading, clean-up, and dumping of your unwanted junk. 100% of your junk is recycled, donated or converted into energy. None of your junk is going to end up in a landfill. We pride ourselves in delivering outstanding customer service and enjoy exceeding our client’s expectations on every job, big or small. When using the message center please provide a best phone number for the best customer service!  …

Bonded
Insured
All statements concerning insurance, licenses, and bonds are informational only, and are self-reported. Since insurance, licenses and bonds can expire and can be cancelled, homeowners should always check such information for themselves.To find more licensing information for your state, visit our Find Licensing Requirements page.
General Information
Free Estimates
No
Eco-Friendly Accreditations
No
Payment Options
Visa, MasterCard, American Express, Discover, Check
Senior Discount
no
Warranties
No

SUBURBAN WASTE SERVICES is currently rated 4.7 overall out of 5.

No, SUBURBAN WASTE SERVICES does not offer free project estimates.

No, SUBURBAN WASTE SERVICES does not offer eco-friendly accreditations.

No, SUBURBAN WASTE SERVICES does not offer a senior discount.

No, SUBURBAN WASTE SERVICES does not offer warranties.

Are there any services SUBURBAN WASTE SERVICES does not offer?