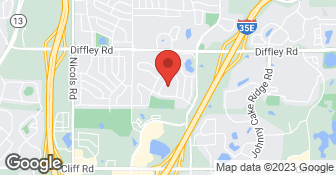 Plumbline Builders specializes in the complete design and construction of kitchens, bathrooms, master suites and spas, along with additions and associated renovations. (We do not do garages, insurance repairs, or handyman-type work.) As a full service, turn key design, build, remodeling company, we have a team philosophy where each employee, subcontractor, and vendor works together to supply consistent quality and service on every project. Additional contact name - Roger Sirany. Additional DBA - Plumbline Builders Of Minneapolis Inc. (We use licensed subcontractors for plumbing, electrical and mechanical services.)...

The work was great. They were also good at communicating project progress (this was during covid shutdown) and gave ample notice for schedule changes. The initial estimate provided was the amount charged. During the project I asked for several changes, and they accommodated all of them. Excellent team to work with!

Plumbline builders did an excellent job bringing our project to life. Roger was always available if we had questions and he frequently stopped by to see how everything was going. We would definitely use them again for another project.

We had Roger and his team upgrade out 1960's kitchen. Our goal was to open up the wall between the kitchen dining room, and make the layout different from what we had . While we could not get it fully open due to HVAC in the wall, Roger got us as much as he could which we appreciate. His cabinet maker came in and gave us some really nice ideas on how to lay out our cabinets, sinks and appliances. We really like the rolling island he recommended. All the workers were very nice, answering all my questions. Roger was always answering my texts/phone calls we had plenty of questions (have never done a major remodel like this before). Their wiliness to help us with our questions, made their team great to work with. I have included a couple of before and after pickups of one side of the kitchen Thanks again Plumbline, talk to you when we start the next project. DGinMN

Plumbline Builders was fantastic! Roger is a consummate professional: super knowledgeable and easy to work with. Pricing is fair and the quality of the work can't be beat!

Very positive experience. Roger and all of the Plumbline associates were professional, courteous, and communicated well. The work was done well and I'm pleased with the finished product. I especially appreciated the safety precautions in this time of COVID. All in all, a pleasure to work with and I'd highly recommend Plumbline Builders.

We moved into an older house in south Minneapolis 11 years ago and have been updating it a little bit at a time. Plumbline Builders have now completed two not-so-little jobs for us. The first was to move and replace all of our upstairs windows. That project is reviewed elsewhere on this site. It went well enough that we selected Plumbline for our latest project without asking anyone else for a bid. They replaced a leaky flat roof and deck over our garage along with all the first story gutters and downspouts. The results are spectacular! Along the way, Plumbline worked with us to keep both the cost of the job and the impact on our lives to a minimum. In a year or two, we will be remodeling our kitchen and we have every intention of hiring Plumbline for the job.

Chronic leaking into the one car garage from a second floor deck was excuse to remodel the garage. They repaired the deck, fixed the garage ceiling, repoured the base concrete and rehung the garage door. Also upgraded/reworked the electrical and fixed some exterior plumbing. They worked with WildFire lifts to place a car lift so we can now have two cares in the garage. Excellent coordinated work,. Professional and friendly team. Excellent price considering we added on some unexpected work.

Description of Work
Fix, upgrade, and remodel of garage

Roger and his team at Plumbline did an excellent job on installing our small deck off our back patio door. They were friendly, knowledgeable, and got the job done thoroughly, but quickly. It was great to see the design of the deck before they began work on it, to make sure all of us were on the same page. Plumbline is able to do the biggest remodeling jobs, as well as something as simple as a deck, all while still maintaining their level of professionalism. Highly recommend this company for all of your home improvement needs!

We recently completed a complete remodel of the top floor of our story-and-a-half in Minneapolis with Plumbline Builders. It included expanding a half bath into a three-quarters master bathroom, adding a small walk-in closet, adding a small study nook, creating a small seating area, and upgrading all the insulation, HVAC, electrical, and plumbing. A few quick high points: - Roger with Plumbline is a straight shooter and very good at staying in touch. He was good at the sales table and communicating with us during the entire process, which was complicated by starting at the same time as COVID shutdowns in March 2020. - COVID - Plumbline did a great job making it work by separating the project area from the living space with a corridor of plastic and having contractors wear masks. Was it perfect, nope, but it was really done well for a very uncertain situation. - Results - the project turned out exactly as we hoped. The work is quality and worth the price. We’d definitely call Plumbline for future remodeling work (which is saying something because we’re big into DIY). - Roger was flexible with letting us do some of the work, and very helpful in working with us through those parts, e.g. demolition Into the weeds: The project bidding and scoping process was really good with Plumbline. Roger and his designer Jim had good ideas and were also clearly used to dealing with contingencies that come up in Minneapolis homes. We did three or four revisions to the initial plan before we landed on one we liked. They did a great job staying in touch and sticking to timelines. Scheduling was also fine. We were about two months out when we signed the contract, which seemed reasonable. The estimated work time was about eight weeks, which we blew past by about a month. However, COVID threw a major wrench into everything, so all things considered I feel like we did well on time. We did our own demolition, and Plumbline arranged for the dumpster delivery and provided some tips on how to get everything out. We also received a building deconstruction grant through Hennepin County, and recovered a lot of building material that will be re-used, including knotty pine wallboard, doors, light fixtures, plumbing fixtures, carpet, etc. Once Plumbline got in, the clean up and framing proceeded very quickly. The contractors did a great job sticking with wearing masks in our living space and clearly knew their stuff. Insulation was the only major complication. We’d let Roger know that there were rebates available for insulation projects early on, but didn’t realize that his insulation contractor wasn’t certified with the gas utility’s rebate program. To his credit, Roger covered the rebate cost out of pocket. The insulation install almost derailed the project. There were issues with the quality of the work, which everyone acknowledged, but we weren’t able to inspect the insulation before it was covered with drywall, only able to see the problems in the unfinished areas behind knee walls or in the shower. Without getting too much into the weeds, we rented a thermal imaging camera to verify that there were few, if any, trouble areas behind the drywall and Roger worked with us and his subcontractor to fix the visible problems and add additional insulation behind the knee walls. It was the only time the project really went awry and it was resolved reasonably. As we moved toward finishes, the only thing I’d add is that Roger says “I run my allowances high” for things like tile and railings, but our experience was that they were modest. We only came under the allowances once or twice, and ran over a few more, and we lean toward simple and traditional styles. So if you really like marble and quartz and glass, or a fancy railing, be prepared to blow past the quoted allowance. The finished project is excellent, just what we’d hoped for. The bathroom looks great and is very functional, despite having to cram a shower under a sloped roof. The tile work is superb, the woodwork is very good. The plumbing, HVAC, and electrical subcontractors were very polite, communicative, and helpful. We particularly liked Jeff, who handled a lot of the general work and the ending punch list, including some of those crazy, unexpected things. Overall, no home improvement project is perfect, and that’s why we appreciated Roger and Plumbline for being able to be honest and straightforward about dealing with the unexpected. They planned well, kept it together during #stayhome and delivered a great remodel at a reasonable price.

Plumbline did a great job. From my first conversation with Roger, the process went smoothly and he was very responsive to my interests and needs. The work was excellent especially the tiling, which turned out even better than I envisioned. Roger was responsive when I had follow up questions. I would definitely hire Plumbline again!

Description of Work
I was remodeling my condo bathroom.