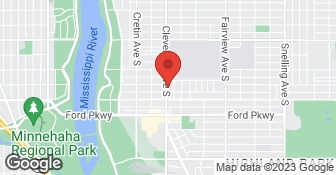 There is one doctor at this site....

Description of Work
I use them for dental care.

Description of Work
It went great. I had 3 crowns put on. Office staff is friendly and efficient and my dentist was very professional.

I had an emergency dental appt. They were able to get me in immediately, that part was great, however, everything went down hill from there. I immediately felt out of place by the looks from the staff as they kept looking at me like I was some charity case because I wasn't high society enough for them. The staff was very impersonal and stuck up. They roomed me and the dentist came in and said, "you need a root canal. The root canal alone will cost 1300 dollars and another however much for a crown when we get to that point", he said. As they started the nitrous the dentist then told me he would have to do the root canal over the course of a couple of visits but guaranteed me that I would feel much better and my pain would be improved after todays visit. That didn't happen. I left with my tooth packed and had a return visit to finish the root canal. I was in pain all night and returned the next day at my scheduled time to have the rest of the root canal done. I was crying in the chair and the dentist came in and said, "so your in pain" and I said yes. He said, "well, this is not typical" and wanted to wait to do anymore on my tooth since I was also having jaw pain from the day before. I said, "no, lets finish this" and he did. When they finished this time they abruptly took the nitrous off of me and told me to get up and sent me out the door. I was still heavily medicated on the nitrous and pushed out the door and I had to drive. The whole entire time during both procedures each day neither the dentists or hygienist spoke while I was sitting in the chair. There was no music playing and I could hear drilling being done on other patients which I found disturbing. The next day I called the dentist as the tooth was in severe pain. The receptionist had me speak to the dentist. The dentist on the phone said, "its not the tooth, its coming from adjoining teeth nearby" and I said, no its the tooth. The dentist then said, "listen to me, you may not like what I have to say, but I'm the dentist and I'm telling you, its not the tooth. You need to come in today and let me look at the other teeth as they may need a root canal". I hung up the phone and immediately went to another dentist who immediately determined it WAS the tooth indeed causing pain and immediately fixed the tooth.

Description of Work
I had an emergency dental visit for tooth pain. The provider was impersonal and had terrible bed-side manner as did the hygienists. They spoke very little to me during the entire 2 days of procedures I had.

Description of Work
I went for a general cleaning.

He was extremely accommodating and helpful. Although no procedures were performed, I would consider returning to him in the future.

Description of Work
I consulted with Dr. O'Neill for a second opinion about a significant procedure recommended by another dentist. He scheduled an appointment right away.

They told me to come in immediately so they could do a root canal to save the root of the tooth before it died. This was done and a temporary post and false tooth was installed all in the same appointment. Then the dentist explained in detail three options for a permanent fix. The options were all of varying cost and the decision was left to me to chose that which fit my situation and my insurance the best. The final permanent replacement post and tooth was a perfect match in size and color. Comfort and detail to quality throught the process of two root canals and final installation was excellent over the time period it took to complete this process.

Description of Work
This has been our family's dental office for over forty years. I had broken a front tooth off at the gum line.

I go to Highgrove Dental Care twice a year. I have been using them as my dentist since about 2000 when I moved back to the state. The dentist is good. I am obviously pretty happy with the service. He is very pleasant, does a good job, and his office staff is pleasant. They do a good job cleaning my teeth. I have no negative feedback on him at all. My kids all go to see him too. I would recommend him because his staff is friendly, for me personally the location, their scheduling seems to be convenient, and they offer early morning appointments. I haven't had any issues with them. I have had very good experiences with them.

Description of Work
I have used Highgrove Dental Care for routine cleanings.

I researched finding a new dentist this summer using Angie's List as a way to get preview information. I wanted someone in St. Paul that was convenient and close to home, and to tell truth I have not had a great history with my teeth and dental care in general. So though there weren't a lot of reviews on Angie's List, between them and a couple neighbors testimonials, I decided to try them. I am so glad I did as they have been friendly and professional and really good at what they do.

Description of Work
This was my second visit to Highland Dental and I really like them and the service they provide. I switched dentists this summer and after my second visit, I feel confident in rating them as high as possible.

I'd recommend them highly. It was a great experience overall. I will keep using them in the future.

Description of Work
I had a bridge made for my teeth.

Description of Work
Dr. O'Neill is a perfectionist! He knows the latest techniques and has the most updated equipment. He is very thorough in his assessments and is knowledgeable. I highly recommend him.

My experiences with Dr. O'Neill and his staff were excellent. Joint viewing of X-rays and discussion of procedures necessary now and future problems that might arise. There was no pressure and decisions were mine. I decided to have everything done now due to the confidence I felt in Dr. O'Neill There was no pain or discomfort during any of the work, and no sedation used. It was great to have all work done in the same location with the same people. Dr. O'Neill has a quiet professionalism and, as evidenced by the variety of procedures he performed, is a skillful practitioner. He has assembled a staff where each is well versed in their field. A considerate, skillful and caring group.

I have been going to this clinic for a very long time. They are a very good dental clinic. One reason I do not need serious dental work is because the hygenist, Shari, taught me an excellent dental hygiene regiment. The dentist is wonderful. I highly recommend them.

Description of Work
I went in for my bi annual cleaning.

Description of Work
Dr. O'neill has performed services for our family for many years. His work is absolutely detailed and perfect from routine care to complicated dental needs. He is a dedicated and committed professional.

Sherry is excellent. She takes a lot of care in patient education. The office is very efficient and friendly. The dentist is very good, although I have not needed to have any major dental work done. They are all A's for their care.

Description of Work
I go to Highgrove Dental Care for my general dentistry.

They're fine as far as I can tell from the little exposure that I've had with them. They're staff's excellent. I'll be using them again when I need to.

Description of Work
I went to Highgrove Dental Care for a general visit.

My experience with him has been great. He's good at what he does. He's a no nonsense kind of guy.

Description of Work
My primary dentist is Dr. Terry O'Neill.

I feel very comfortable with him and the respectful way he works with us. We also respect his knowledge and appreciate his excellent office staff.

Description of Work
Terry is the primary family dentist. He does early evaluations, cleanings and x-rays for our 4 year old daughter and my wife and myself.

All statements concerning insurance, licenses, and bonds are informational only, and are self-reported. Since insurance, licenses and bonds can expire and can be cancelled, homeowners should always check such information for themselves.To find more licensing information for your state, visit our Find Licensing Requirements page.
General Information
Eco-Friendly Accreditations
No
Payment Options
American Express, Discover, MasterCard, Visa, Check, Financing Available
Senior Discount
No

Highgrove Dental Care is currently rated 4.8 overall out of 5.

No, Highgrove Dental Care does not offer eco-friendly accreditations.

No, Highgrove Dental Care does not offer a senior discount.