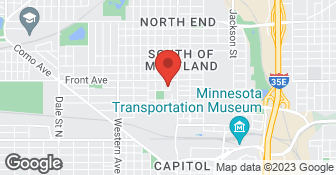 Sole proprietor owned business since 2001 with eighteen years in business. master mason licensed, bonded and insured. We work as either a two or more crew depending on the job. I, Jeffrey, the owner, do all my own work. We're family here at Cornell Chimney. Three generations now. We are looking forward to service you

Cornell was hired to remove, rebuild and reline our chimney. We paid him his down payment , soon after he requested $4500 more to order the liner. He erected scaffold to complete the job, which ended up falling causing damage to our roof along with damage caused from dropping bricks on the roof. 4 months went by with little to no progress. Finally we received notice from his insurance company that he was dropped because of lack of payment. We were forced to higher a new chimney company to complete the job. At that point we found out Cornell had never ordered the liner that we paid for. We asked to have the $4500 returned but never received a response. I would highly recommend not allowing Cornell anywhere near anyone's roof. He is careless and unreliable.

Feel free to call me at 952-381-4048 to discuss the work Jeffery performed at our property. I take leaving reviews for people very seriously. It's unfortunate to have to leave a negative review, but I feel compelled to warn others so they don't have the same misfortune we had in working with Jeffery. The worst part about our experience with Jeffery is he ABANDONED the job at the most critical time...days before it snowed and temperatures dropped below freezing! After he didn't return calls for two days, I was forced to hire another crew to finish back filling the footings before the frost and snow. Prior to that, Jeffery had to re-dig the trenches to lay the footings THREE TIMES because they were not dug according to plan. He later admitted, "he didn't have experience doing this work and was out of his expertise!" Jeffery didn't know city code/requirements, he didn't know how to read the blueprints provided to him, AND not only did he not have his own equipment, (i.e. bobcat, back hoe), he didn't know how to operate the equipment he rented! Because of his constant mistakes, and failed inspections, the cost to rent equipment continued. What should have taken a day to dig trenches, took him over a MONTH! He said laying block is his expertise...however, they didn't even lay the block square...they were over FIVE INCHES OFF! Again, there is just too much to list here. EVERYONE who looks at their work said it's the WORST job they've ever seen! If you are interested in seeing pictures, let me know. In the beginning, Jeffery talks a good talk. According to him, there's nothing he can't do. But once he starts the job, his incompetence and lack of expertise and skill start to show. I should have known this after he tore out our driveway and was planning to pour the new drive before building the garage footings and pad! You always build inside out! And he was going to use black dirt instead of class 5 rock under the concrete! Fortunately, the city inspector stopped him and advised otherwise. Needless to say, we have lost thousands and thousands of dollars working with Jeffery. He currently owes us over $10k for work we paid him to do but he never did, and money we had to pay another contractor to finish the work he abandoned. I'm disappointed to have to leave a negative review, but he refuses to work with us and reimburse us the money we paid him on the work he didn't do. I hope this review causes you to stop and reconsider working with such a contractor. Again, feel free to call me to discuss if you are considering hiring Jeffery. You will be glad you did!

“Your Full Service Multi-Project Provider” The Construction Group, Inc. has over 30 years of experience in the Minnesota construction and remodeling industry. We provide Storm damage inspections, insurance claim assistance, new construction, remodeling services, weatherization, and home exteriors for Minnesota home owners, apartment complexes, town homes, condos, and commercial buildings. We ensure client satisfaction by providing big company performance and quality with the personalized attention you get from a small company. The Construction Group, Inc. is Owens Corning and GAF preferred contractors, as well as members of the Minnesota BBB with an A+ rating. Serving all of Minneapolis, St. Paul and surrounding areas.  …

In business since 1972 and specializing in smaller scale work. Free Estimates. No subs. Cost determined by job. Leave a message on machine.  …

Bonded
Insured
All statements concerning insurance, licenses, and bonds are informational only, and are self-reported. Since insurance, licenses and bonds can expire and can be cancelled, homeowners should always check such information for themselves.To find more licensing information for your state, visit our Find Licensing Requirements page.
General Information
Free Estimates
No
Eco-Friendly Accreditations
No
Payment Options
American Express, Check, Discover, MasterCard, Visa, PayPal
Warranties
Ask for details

How is Cornell Chimney and Masonry overall rated?

Cornell Chimney and Masonry is currently rated 1 overall out of 5.

What payment options does Cornell Chimney and Masonry provide

No, Cornell Chimney and Masonry does not offer free project estimates.

No, Cornell Chimney and Masonry does not offer eco-friendly accreditations.

Are warranties offered by Cornell Chimney and Masonry?

No, Cornell Chimney and Masonry does not offer warranties.

What services does Cornell Chimney and Masonry offer?