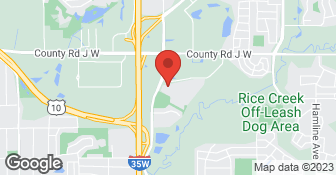 ADT is one of today's most trusted and well-known brands in the security industry and currently serves more than six million customers, making us the largest company of our kind in both the U.S. and Canada. Our broad and pioneering set of products and services—from interactive home and business solutions to home health services—meet a range of customer needs for today's active and increasingly mobile lifestyles....

We are a family owned company in business since 1982. We have a shop in West St. Paul and also provide mobile service to residential, commercial and automotive customers. With decades of service to St. Paul and its suburbs, Minnesota Locks offers a full range of locksmith services to home and business owners throughout the region. Whether you have locked yourself out of your home, need a new transponder or computer chip key made and programmed for your car, or superior lock installation for increased security at your business, our technicians will work fast to ensure that you get the best possible service at the best prices.  …

Excellent! Bill was out technician and I can't say enough about him. He arrived on time, was super professional and coached us on everything he could about the existing system and how to use it. He installed a Pulse system and fire alarm, and taught is how to manage the system for our lifestyle and needs. No question was unanswered and he has a great way of explaining situations and how the system would work for us. I would recommend Bill to anyone starting up a security system with ADT.

Description of Work
we moved to a different house that had an ADT security system installed and we needed to take over the account and learn how to use it.

The service technician was fantastic. The call center experience was terrible. We will see what happens in the future.

Description of Work
They took over our security system and add cellular up-link and a few glass break censors.

Overall the customer service was appalling. We were charged over $1000 but it was never clear exactly what we paid for. The local rep did not return my phone calls and could not provide me with an itmeized bill. I spoke with his manager but eventually was told the installer would tell me what we had paid for. The prewiring was never done, once due to a schedule miscommunication on our end when the house was unaccessible but then they did not reschedule us despite the installer saying he would call to set it up. I called 3-4 times to find out which locks would be installed so we could order the correct door and hardware but the specs were never given to me even though I was told it was being done. When I called to cancel the install sue to my frustrations I was told the local rep will need to credit us the $1000. I am waiting for that credit still. I was called 5 minutes after I cancelled the service to set up a different install date. I spoke with corporate ADT twice and they were pleasant but unable to get us a receipt for what was paid for or answer questions about specs on their products. I have used ADT for 10 years and have had issues with billing mostly where they sent me to collections but otherwise limited interaction with them regarding their services. I ultimately cancelled because I shudder to think how I could possibly deal with them if there was a much bigger issue.

Description of Work
We were remodeling a house and wanted to have ADT come do prewiring and set up an alarm system for the house.

It is a national company and I have a contract with them. Monthly charges are $55. We have used them for a long time and they provide a good service.

Description of Work
I use ADT Security for security services.

They are wonderful.They have the best system, I would recommend them.

Description of Work
I have an alarm system with them.

I spoke to three different sales people at ADT and got three different answers. The first totally scammed me (perhaps partially my naivety) and actually signed me up for a service call to install service under the guise of adding a coupon to my account for rebate when I called back. She informed me of costs and told me it would be $99 to upgrade the system or $0 to reactivate the existing system. No mention of 36 month contract. The second gentleman about 2 weeks later, told me it would be $179 to upgrade the system and $0 to reactivate the existing contract but, despite my mentioning that I was concerned about getting the old system out of the house, never mentioned to me that any upgraded system would just be added to the existing and I would then have TWO systems in my house. The third call cleared things up. At that time, I was informed that I could reactivate for $0 and pay $35.99 a month for 36 months but I would have to install a land phone line and VOIP would not work (another $50 a month). I was then told it would cost $399 to upgrade the system due to out dated wiring and informed that no matter what they would not be removing the existing system, even if I paid them $399 to install the upgraded new system. The "contacts" would not be compatible so I would have to have both systems in the house until I could figure out how to remove the old one. All this would require 36 months commitment. The alternative would be to install a cellular device for $49, operate the existing system for $44 a month instead of $35 but not have the upgraded options that came with the originally requested $47/month system. All of this was on top of finding out that the first representative totally scammed me and almost sent an installer out to my house without my knowledge. I decided to go with the other major provider in town. They use a totally wireless system that is DIY. I will get all the upgrades I want for $100 installed and $42 a month and the customer service has thus far been excellent (will review there later). ADT did nothing for me when I mentioned this offer and did not seem upset to lose my business.

Description of Work
My sole contact thus far has been in trying to arrange service for an existing system in the home we are buying.

The security works fine and they monitor it 24 hours a day and they call you when the alarm goes off.

Description of Work
I use ADT for alarm services. We've expanded the service, we've got video and photos.

I got them through my bank. I am getting the stuff installed in my new house. I love their customer service. They have a competitive pricing.

Description of Work
I am using ADT Security for installing an alarm system in my new home.

I got a quote from ADT just before Christmas this year. They sent a man named Titus out to look at our home. He was nice at first, but gave us a ridiculous quote of over $1500. When I asked what we could do to the minimize the system cost he became snarky about us "not caring" about the level of our home security. He was pricing motion detectors and smoke detectors at $189 a piece. He tried to sell us glass break sensors and we already had them in the home. I felt he was really trying to take advantage of us and I would never order service from ADT or the dealer "Security Choice" ever again. I don't trust them. We ended up purchasing another system that gives us more security that what they were offering for $250! This company is trying to rip you off! Don't buy from them!

Description of Work
In home estimate.

I have been very satisfied. I feel safe. They come to repair things very quickly if I need help in any way. I have to change the battery recently. It didn't work right after I had taken the old battery up so I made sure I got the right one and it still didn't work right so they came out and they fixed it.