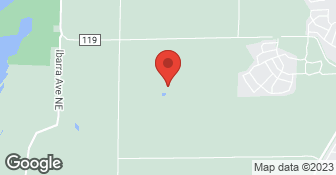 We have used Lewis Insulation at three separate residences. We know and trust their work. Our lower heating bills reflect the excellent job they have done insulating our homes, past and present. They are friendly, professional and always do a great job!

Minimal communication. Office staff not responsive. One day's notice to do the job. I had used them several times in the past. I will not use them again.

I hired this company in 2014 to insulate the attic during a remodel. Everything went fine. This winter I had water dripping from a can recessed light in the ceiling onto our furniture. Apparent cause was there was not adequate insulation over this can light in the attic; condensation would form and cause the leak. This was in the vault that they could not reach in 2014. There is an audio speaker close by so I believe they could easily insulate over the light gaining access through this opening. I called 4 times and left messages over several weeks and no call back. I sent in an online request through their website and I finally got a call back. They said they would have someone stop by to take a look. After 7 weeks I sent another online request asking when were they stopping by. They never responded. I called and someone actually answered the phone. They said the owner lives close by and would stop Friday afternoon or the weekend. I stayed home all weekend. No one ever showed up or called. Very frustrating. If you don't want the work, just be honest and say so. In this economy I just find it hard to understand how a company that will not return calls, and does not honor commitments can stay in business.

Description of Work
Insulate a can light in ceiling

Description of Work
Estimate on attic

Description of Work
Spray foam into ceiling at wall

It didn't go. We've had them booked for two months and now they back out 6 days before they were due do to start the job. I would stay away from these guys!

Contacted Lewis for a quote. They did not come to evaluate the job nor provide a quote based on photos. They sent an email stating they were not interested because they were too busy. So...this job went to their competitors! Do not recommend.

These guys were awesome and now we are warm!

Description of Work
Insulation in 1921 bungalow

Our experience with Lewis Insulation exceeded our expectations, they are great people to work with - what does that mean? Prompt communication, answering questions, ease of scheduling and most importantly - they take pride in their work. We moved into our home a year ago, the insulation in the attic was only adequate so we decided to add more, in addition we had the rim joists in our unfinished basement sprayed with foam. Lewis's price was competitive, just slightly less than other highly rated companies. They were easy to schedule, the workers were prompt - pleasant people, they clean up after themselves and since we qualified for an energy rebate - they handled the paperwork with the utility company. After insulating, we had a radon system installed, when giving us an estimate the radon company owner asked who sprayed our rim joists as he thought they were very well done. What a compliment to Lewis! What really stands out about Lewis, is their customer service. As previously stated, we had a radon system installed after insulating, in that process they went through our rim joist into the garage disturbing the foam insulation. We called Lewis asking what product we could purchase from a big box store to repair what the radon people had disturbed, in addition we forgot to show them a 2 foot section that also needed foam when initially done in March. For such small areas we didn't expect them to come out, we just thought we'd buy the canned spray foam and do it ourselves. But no Brian wouldn't have it, he felt better if they would do it; so we worked out a time when they were in the area and could stop by - within a week the work was done. We were amazed at this level of customer service. We would not hesitate to use Lewis Insulation again, in fact we would forego the whole bidding process and just hire them - with their attention to detail, pride in their work and outstanding customer service, hiring them is a no-brainer. We highly recommend them - they are a gem.

Rich was very professional and actually went above and beyong fixing a disconnected furnace duct to the register in the kitchen (which I think a lot of other people would have just ignored and done what they were paid to do). I'm very pleased with what he did and in such a claustrophobic area. Thank you!!

Description of Work
insulation blown in under kitchen crawl space

Lewis Insulation Inc is currently rated 4.9 overall out of 5.

Are there any services Lewis Insulation Inc does not offer?