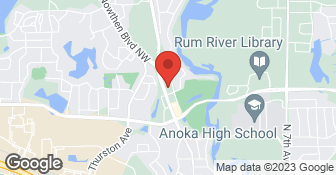 Aspen Exteriors, Inc. is a family owned and operated Minnesota based General Contractor. We specialize in roofing, siding, gutters, and storm damage restoration. At Aspen Exteriors, Inc. we take special care in making your home exterior remodeling project run as smoothly as possible. Aspen Exteriors is a company you can trust with all of your exterior and storm damage needs. Whether you are planning a home exterior remodeling project or repairing your storm damage, we encourage you to protect your home by choosing Aspen Exteriors, Inc. ASPEN EXTERIORS®, INC. supplies and installs only the finest roofing products available, with a wide range of designer styles and colors to choose from. We are a Certified GAF/ELK Roofing Installer, Preferred Owens Corning Contractor, and TAMKO Pro Certified Contractor. We specialize in Timberline shingles....

Aspen Exteriors is the worst contractor we have ever dealt with. They are unresponsive, dishonest, chronically late, disrespectful of ourselves and our property, and downright rude. They took over 9 months to complete our project, caused damage to both the inside of our home and our garden which they refused to take responsibility for or even attempt to remedy. Even after voicing our concerns multiple times a supposed VP at Aspen continued to ignore phone calls and emails. Subcontractors would arrive completely unannounced or not at all, and then the billing department harassed us with phone calls even after we communicated to them that we were waiting on the check from insurance. If we could rate them 0/5 we would. We’ve told all our friends and neighbors to avoid them at all costs. Never hire this company.

They did a great job. Were very professional and the workers were very friendly. Had a problem the insurance company and they called and got it taken care of.

Cons. Don’t trust this company. When they first came to us the sales man told us that they did metal roofing. When we doubled asked about the metal roofing, it was “oh yeah we can do that.” Once we signed the contract it became,”Oh no we don’t do metal roofs.” Was a little ****** off but we continued forward. Once we contacted the insurance company we didn’t hear from them for days. When my wife finally contacted the company the sales rep showed back up at the house in on agitated jitter state as if he was on drugs. He then proceeded to insist that my wife was lying an he had texted her(even though he hadn’t), then insisted that he deal with me cause “women can’t make there minds up on this stuff.” We made plans to meet the next day at 10:30am with his supervisor. He showed up at 11am disheveled and agitated again. When I asked about our contract he told me he already gave it to me the previous encounter. When I told him he didn’t he insisted I was lying, in front of his supervisor. When I insisted he hadn’t , he then went out to his car and retrieved my contact. No apology, nothing but more angry attitude. Since I felt like we were stuck in a contract we continued forward. Weeks went by before we woke up one day to sudden roofing going on. We had not been given any warning of when it was too start so we could prepare by removing valuable hanging items from the walls and shelves or removing my vehicle from the drive way before getting blocked in. The roofing crew they hired out(from what I gather they just come to an area ****** jobs and hire out actual roofers to do the job) do zero inspection and punctured our recently installed and UP TO CODE code air conditioner line by using nails that protruded almost three quarters of an inch into the attic. Our attic looks like Pinhead now. They also knocked loose the carbon monoxide line, so luckily we weren’t trying to warm a house with two toddlers in it. Avoid this company at all cost.

We received great service. Worked with Bryan and Conner who were super easy to work with. We had a lot of questions due to it being our first time claiming insurance on hail damage to our roof. They were straight forward with their process in the contract, repair and cost. We didn't have to worry about permits. The work on the roof was completed on time and the guys that did it were fast and did a good job; clean up was great. They asked if we wanted to keep the extra building material for future repairs and we did. Would recommend to friends and family.

Description of Work
roof repair due to hail damage

Bob Beauto from Aspen was outstanding. Bob worked with us to explain the process clearly, helped us work with our insurance company, met the insurance adjuster during his inspection, ensure our specific requests were met, provided several samples of shingles, and set up time to get our roof replaced in a very expedited manner. The roofing crew was very efficient and completed most everything in a day. They cleaned up very well, and made sure to protect my wife's newly planted flowers and shrubs as best they could. We would definitely recommend Bob and Aspen Exteriors to anyone looking at replacing their roof or other jobs.

Aspen Exteriors had to take over for another company that was way overpriced and would not actually get on the roof to remove ice dams. They were $250/hour cheaper and finished the job right. My only quibble is that we had a hard time getting a good outlet that wouldn't trip the breaker when they tried to start their de-icing machine. Should have come equipped with their own generator for such instances. Ended up having to plug into the washing machine outlet and then everything was fine, but not before having to make two trips.

A thoroughly professional experience. Each member of the Aspen team was competent, knowledgeable, courteous and responsive.

Things went well and they even met inspectors at the house to speed up the process. They took the insurance qoute and got the job DONE!

Description of Work
The roof on a rental house needed repaired after a hurricane. Aspen was ON it!

It was a great overall experience from beginning to end. They were always professional even with the small language barrier. They were very thoughtful about our dogs and thier safety. I would recommend them to any and all for thier work of expertise.

I am very pleased with everything that has been done. From the first time we met with Anthony everything that we discussed has worked out. Even when we had a mix up on the shingles I thought I ordered Courtney was all over it and we got the problem solved in just a few hours. It only delayed things for one day and the roofers were back and finished the job very quickly. The roofers clean up was amazing.

Description of Work
Roofing and Gutters

With 20 years of construction experience, this industry is second nature to me. I believe that true professionalism is born from the ability to work your craft with ease - always being a few steps ahead of the game, and knowing where to look for problems before they arise. As comfortable as I often feel on site and at the drawing board, I constantly expect improvement for myself and strive to perfect my work. With Black Bear Builders, you can expect to be cared for and respected as I help you in reaching your goals. Started in 1999, Black Bear Builders offers carpentry and general contracting services. The business accepts cash, check and credit cards.  …

Glass Guys LLC is a glass company providing services in the residential, commercial and auto glass markets with a combined experience of well over 30 years. Whether its a custom heavy glass shower enclosure, custom mirror/glass, window glass replacement, commercial storefront or even a windshield/auto glass need, we've got you covered. Do not hesitate to contact us for help with your current or upcoming project! Please contact us at 612-564-4860 or email us at : sales@glassguysofmn.com  …

Aspen Exteriors Inc is currently rated 4.5 overall out of 5.

No, Aspen Exteriors Inc does not offer a senior discount.