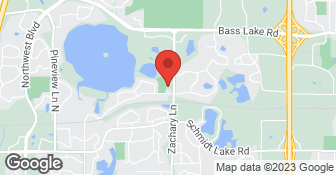 Residential only, I am a smaller owner operator and do most jobs myself but have some part time help when required. I am very detailed and focused on customer satisfaction! High quality at a reasonable price is my goal. 16 years in business by referral based clientele....

2019 Super Service Award Winner. Conrad Hansen Painting is your complete solution to all your residential painting needs. I am an owner operator with 36years experience as a residential painting contractor I work each job myself along with my crew, so you get personalized attention to your project for the duration of your painting project. 2 employees. No Subs. Cost is determined by the job. No travel charges.  …

We found Terry through a friend's recommendation, and he lived up to the hype. Terry was great with matching our tastes with the color choices that would work well in the rooms we wanted him to paint. Terry showed up every day when he said he would, and stayed until he was finished with the rooms that he had started. Terry was incredibly professional, courteous and punctual. He worked quickly and efficiently, and didn't waste any time. He was very trustworthy, as we left him to paint all day alone. We were incredibly happy with the job that Terry did, and we would recommend his services to anyone who asked. Thanks Terry

Description of Work
Terry came over and first consulted on paint colors that would match various bathrooms and bedrooms that we wanted to repaint. Terry patched and fixed any holes in the walls, and then painted the walls as we agreed. He finished the project within the time frame that he estimated.