A to Z Construction Inc.

We Specialize in Bathroom Remodeling as well as Roofing, Siding, Windows & Storm Damage Restoration. 20+ Years of Quality Services! Call us for a FREE ESTIMATE 763-424-1884 or Text at: 612-366-1386. Website: www.atoz-construction.com or email us to: info@atoz-construction.com We have 550 + positive reviews and satisfied customers. If you are looking for high-quality MN Contractor don’t look any further! A to Z is your trusted & honest contractor ready to tackle your project. We are Fully Licensed & Insured. Locally owned, BBB Accredited, family-owned and operated. 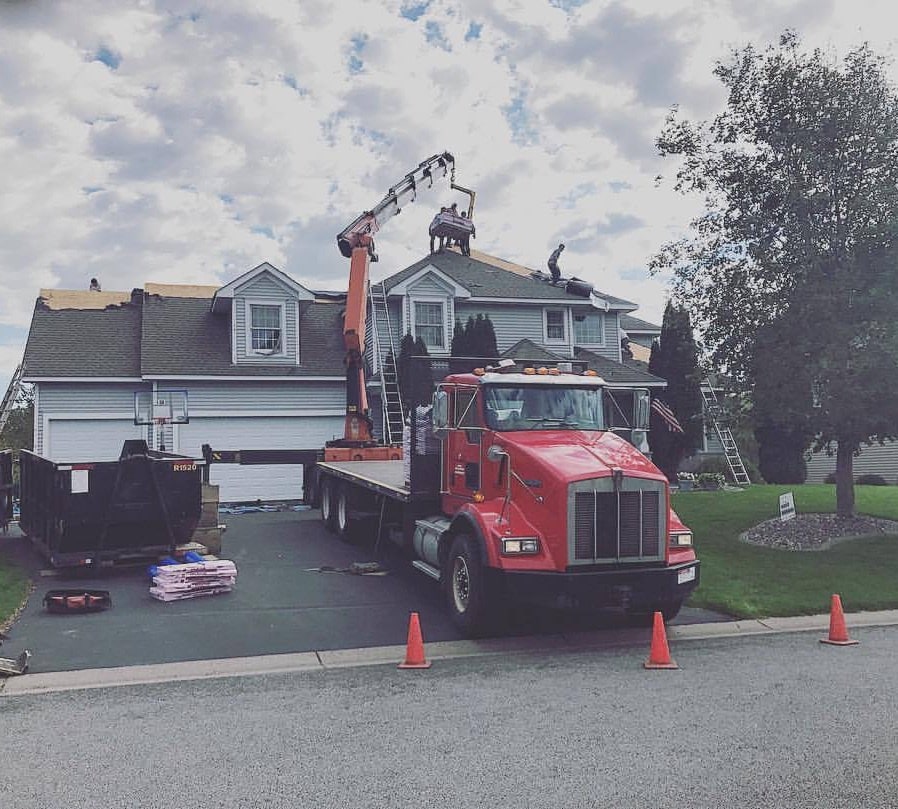 Val and team did a great job re-doing my basement bath. They converted it from an old gross 80's surround to a tiled masterpiece. As with any construction project, once they opened the walls, they found some unexpected issues. I asked them if they could pivot away from that to do something different in the bathroom and he quickly said that sure he could do that. I looked at other companies to replace the tile in the bathroom and they all would only do the tile and I would have to find my own plumber as well as do my own demo. Since A to Z is a remodeler, they can include all that in the price and the price was very reasonable. I would recommend this company to anyone.

Thank you for the Review! Always a pleasure doing business!
5.0

A to Z Construction updated my 1989 bathroom. It's beautiful! Val and Eli were great to work with. On schedule, on time, quick to respond to any concerns, hard-working, quality workmanship and definitely making sure the customer is happy. I've recommended them to friends and would hire them again.

We were very happy with A to Z Construction Our Sales/Field Manager J. Anderson was a professional in every sense of the word. He was knowledgeable, personable and always available to answer questions and keep us up to date on the progress of our project. The crew was friendly, hard workers and did a great job (including clean up). We would highly recommend A to Z for your siding needs.

Thank you so much for the review! It’s been our pleasure doing business with you! God Bless!
5.0

The guys started on the day we had planned a couple months earlier, arrived punctually each day, and were done in 3 and a half days. They installed a new shower and painted in my master bath, and they installed new flooring, baseboards, and faucets in both my master bath and a second bathroom. I was pleased with the results. It was easy to work with Val to get everything set up, and he even convinced me that some further upgrades (new countertop) would not be a good choice for my project. The total price was $9400, which included everything except the cost of the paint and faucets.

The job was done very well. The workers were considerate of my home and did an excellent job. I wouldn't hesitate hiring them again in the future.

Description of Work
Resided the house with vinyl siding

Can not expound on the fantastic work these guys did for us. They had problems with the shower and went back to the store 3 times until they got the correct parts to make it right for us. Val and his team were so so polite and easy to work with, would hire them back in a New York minute. Always on time and cleaned up after themselves, never left a mess. Will definitely use them again!! 5 STARS all the way.

Prompt response and helpful explanation of findings was much appreciated. Very flexible with rescheduling meeting (several times) with insurance appraiser due to weather. We are waiting to hear a decision from our insurance company, so no work has been done at this point. The initial inspection process has been very smooth, though.

Our experience with A to Z was wonderful from estimate to finish. They did a great job on our porch remodel, were extremely knowledgeable, kept us informed, and were very friendly. Serge was our installer and was amazing! Highly recommend!

Excellent. I am very pleased with the outcome of the bathroom remodel. A to Z Construction were great to work with, completed the job on schedule and recommended some very good ideas and enhancements to make the bathroom look great!

Excellent job. Very happy with the completed project. Val and his crew were so easy to work with. Respectful and very hard working. Completed the job in a timely manner at a competitive but fair price. Highly recommend A to Z Construction

We found A to Z through research on Angie's list. We found three companies to "interview" and get bids from. From the start, Pat, was our contact at A to Z and he was amazing. The other two companies sent reps we were not impressed with and sent bids weeks later, and we knew instantly we made the right decision picking Pat. Pat, sent his bid, almost immediately, and stuck with it. He came to our house within a day or two of our email request to discuss and see our house. He knew everything about their offerings, how it would work, how they would handle our house, etc. We had a lot of questions for him, and he was great at answering everything. We did a really cool design with shakes on the front on wider planks on the sides of the house, and that was no issue for Pat and his quote. He even brought over a sample of the shakes a few days later to make sure they were the right shakes I wanted. The best part of Pat's follow through- he never felt pushy, or strong selling us, but yet he was super attentive and easy to get a hold of. Only one day he didn't answer immediately (which is totally fine), and it was because he was actually helping his crew with some siding! Which we thought was super impressive! Our crew was AMAZING. A++++++. We had Sergei and his dad Nick, and they were the best crew you could ask for. Showed up early, worked really **** ** our house, super exact, super clean, cleaned up everything each night, very friendly, etc. We brought them out treat, lunch and drinks every day because they were so nice. A to Z uses Alside Siding- and we love the product so far, but Alside's website has a feature that you can load your house photo, and change the look of the house (you do not have to be super techie to do it) and it is free if you do it yourself. It gave us a really good perspective of how our house would look. This was a fun tool to look at different colors and widths of planks. Overall, an amazing experience start to finish and it made our housing project super easy. Compared to the other companies, their bid was right inline so we were happy with the cost as well. Highly recommend.

A to Z performed the work extremely well, and efficiently, and at a good price. We could not be more happy! The bathroom looks GREAT!!

Great! A to Z Construction removed old slate tile floor and replaced with new porcelain tile after cleaning and sealing the rest of the tile shower. They were prompt, kept work site clean and were easy to work with. Their bid was less than others we contacted. We will hire again if we have another project in the future.

They were very good. They were knowledgeable, and did a good quality job for a reasonable price. I highly recommend them.

Description of Work
They replaced a shower in our master bathroom.

Val and his crew did a great job. They showed up when they said they would show up, took care in avoiding making a mess, informed us in advance when the water would be off and for how long, and cleaned up after themselves every day. They were courteous and friendly, and were not that intrusive considering the work they were doing. The quote was accurate and only went over a small amount because I asked for additional insulation to be added. 100% would hire again when we need the basement bathroom redone.

I had around 30 square feet of smallish glass tile installed in 3 kitchen backsplash areas. Estimate was fair considering difficulty of tile, work is beautiful. Crew shows up on time, completes and cleans up as expected. I needed some follow up because of a few flaws in the spacing on the glued-in tile sheets that made the tiles not lie straight. We could not detect these flaws until after the grout was in. Val did not hesitate to send the team out the next day to align the tiles. I am so impressed by the professionalism and workmanship. This is the second project I had A to Z do in terms of tiling. I would not hesitate to recommend them for any work. We have been renovating our older home over the last few years and worked with many individual contractors for various projects. A to Z is the best so far in quality, professionalism, and doing exactly as promised.

We had a wonderful experience with A to Z Contracting. They have the best customer service and keep communication throughout the entire job. They are professional, courteous, and efficient. They are always on time and they never leave a mess. I was also impressed with how quickly they were able to get my roof started. Such a wonderful team and a wonderful company. Best roofing contractor in Osseo.

We were recently looking to sell our house and move to St Paul. I wanted to raise the market value of my house and sure enough and knew that the roof had to be redone. We called A to Z Contracting and they gave me a quote, it wasn't the lowest I got but I needed someone trustworthy. What I loved most about them was that they were not pushy at all and I did not feel rushed into purchasing their service.

Description of Work
They redone our roof

Thank you so much for the review!
5.0

A to Z Contracting and their staff were extremely helpful and we're able to answer all of my questions quickly and in a way that was easy to understand. They have a wide variety of options and brands to choose from for all your construction needs. We got an amazing roof and very happy with their work. Thanks..!!

Thank you so much for the review!
5.0

Extremely satisfied with our new roof installed by A to Z Contracting and Val. The quality of work they did is amazing. Their customer service and attention to detail made our overall experience with their crew a pleasure. I recommend A to Z Contracting for your roofing needs in Osseo.