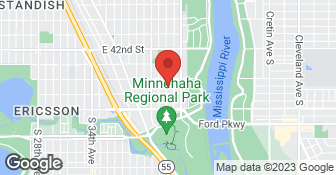 Rentals are available for up to 5-7 days. We are a locally owned Minneapolis company with great service and great prices. Vern’s Dumpster Rentals has been in business for over nine years. ...

Dropped off a dumpster and was going to allow us 7 days instead of the normal 5 since I was unsure if I could get the work done in time. I was done before the 7 days, called Vern and he picked the dumpster up the same day I called. I didn't want to overload the dumpster so I had a few extra materials laying beside the dumpster which I planned on taking to the dump myself. Much to my surprise Vern called when he arrived to ask if I intended to keep those materials or if I wanted those to be added into the dumpster. I explained I didn't want to overload the dumpster, which he stated he appreciated, but thought it would be fine. So HE loaded the 5-6 extra pieces of material, since I wasn't home. NOW THAT IS SERVICE and I will ALWAYS refer people to Vern and use his services again in the future!

Vern was the absolute best. He was able to get the dumpster in a tight place and delivered it when he said. Communication was excellent. Really easy to work with. I will spread his name around to my friends and I will definitely use him again if needed.

Description of Work
needed a dumpster in a hurry

We are cleaning the house for a relocation. It was difficult to locate a reliable company with affordability. We contact Vern last minute and he did an excellent job. We were very happy with his service and order another dumpster from him since there were so much items that needed to be clear out. We highly recommend him if you are looking for a dumpster rental.

Description of Work
Vern is a great person to work with. He is professional and deliver his service on time or earlier than expected.

Vern was great. I called on Friday to have the dumpster delivered on Monday. He dropped it off right in front of my garage, which was super helpful because that's where the majority of the debris was. We could have kept it for a week, but we were done with it in two days so we called to have him pick it up early. I would definitely use his services again.

Description of Work
Dropped off a dumpster and hauled it away two days later.

Vern was awesome. He gave me a couple of extra days at no cost!

Description of Work
I rented an 11-yard dumpster for 6 days.

Really great guy and service . I called him with questions before renting the dumpster . He dropped it off as agreed and as we had no driveway he left it in our alley so we could get everything done without any hassles. He allow us to have it for 4 days which was really great and we got rid of a lot of waste. I will totally use Verne again for my dumpster needs. Highly recommended.

Description of Work
Rented a dumpster from Vern to get rid of all the old contractor waste from our house.

Description of Work
Vern dropped off a 15 cubic yard dumpster. The dumpster was not a short long dumpster but had decent height to it making demo easier.

This is an owner-run business, so vern himself dropped off and picked up the dumpster. He was lovely. I do not recall the exact price but it was reasonable (230-260 for a large dumpster for a week).

Description of Work
provided a dumpster for one week

We had a major garage clean out to do and realized we had the day after Thanksgiving off work AND our daycare was open (total score when you have 2 small kids and a big clean up project) so were scrambling to find a dumpster on short notice. I called Vern the day before Thanksgiving and the dumpster was delivered within 4 hours. As we cleaned out the garage I had a few questions about what could or could not go in without additional charges. Vern was responsive and informative. He also advised me of places I could drop off paint cans and how to dispose of electronics free of charge. He was flexible and accommodating when coordinating pick up of the dumpster and delivery of payment. His responsiveness and service was great!!

Vern was quick to respond with a great price! Drop off and pick was quick and easy. He provided great customer service and made sure that everything was going well. I will be using his service again for sure. Great Small Business!!!!!

Description of Work
Dropped off and picked up 15 cubic yard dumpster.

Junk Happens offers junk removal services and foreclosure clean-ups to residential and commercial customers. We do all the loading, clean-up, and dumping of your unwanted junk. 100% of your junk is recycled, donated or converted into energy. None of your junk is going to end up in a landfill. We pride ourselves in delivering outstanding customer service and enjoy exceeding our client’s expectations on every job, big or small. When using the message center please provide a best phone number for the best customer service!  …

How is Vern's Dumpsters overall rated?

Vern's Dumpsters is currently rated 5 overall out of 5.

No, Vern's Dumpsters does not offer eco-friendly accreditations.

What services does Vern's Dumpsters offer?