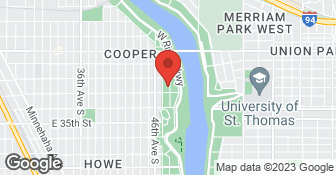 13 years in business, team specialists work with our crews to help you reach your goals. We have many trusted sub-contractors at your disposal. Organizing, Move management,and Professional packing, Estate sales and Estate Clean outs, Staging, Interior design. Consulting and Space planning for your new home. Our company does not accept payment unless the customer is 100% satisfied. Call today for a free 1 hour consult....

I sent an email on 11-24 and then called and left a message on 12-2-19. No response either way. Not impressed. No longer interested.

Hi [Member Name Removed], Our apologies-we have been a bit busy the last few weeks-and attempt to return calls or emails within 24 hours. I have attempted to return your call several times but get a busy signal. Your business is important to us. Thank you for reaching out to us- Tracey-owner
5.0

The job was completed in a timely professional manner. they are much more than a cleaning, renovating service. With our family they also showed amazing empathy, and sometimes they had to be a referee. They never were imposing, always on time and only suggested minimal extra expenses that added much more value than the cost. Truly a breathe of fresh air during a very stormy time!

Description of Work
My family home was a tear down until Two Dames became involved! They turned it into a saleable livable cozy home. I am thrilled. my wife calls them "miracle workers". They did things in two weeks it would have taken us six months to accomplish. they know what to do, how to do it and listen to their customer's needs. they came in way under budget and we feel their services are worth ten times what they charge.

Tracey was amazing to work with on getting rid of excess clutter in my basement. She had lots of patience and compassion for my emotions that came up when I knew it was time to say goodbye to an item that represented an old part of my life. And her cleaning team of Maria and Sue got rid of the messiest of stains on the basement floor. And they took away items for Goodwill so I didn't have to deal with them. I totally trusted them around everything in my house as they did a deep clean on the main and upper floors. I called their service "house flossing" because they got every speck of dust and cobwebs and grime and left everything sparkling. I especially appreciated the sense of humor of everyone on the Two Dames team — even when I felt overwhelmed they kept everything light.

This project went extremely well. My 90-year-old dad had lived in his condo for 19 years as a widower. It was time to move to assisted living. Over the past two years, he lost his oldest daughter, a son-in-law, his youngest sister and the sister he was closest to. No one had the time or the energy to get the condo ready for sale. Having known the owner of Two Dames for some time, I called to see if her team had time for the job. Although they were working with another big client, they squeezed us in. This team cleaned, scrubbed, collected garbage, hired a handyman, decorated, etc. The condo was only on the market for 6 days and received a full offer! We could not be more impressed with the quality of work.

Tracy and her team are amazing. Melissa has become a friend! My kids love Melissa. She is bright and cheerful. She does extras and my house always looks good for days. We moved in 4+ years ago and still use them. I have recommended them to several people who also have nothing but good things to say. They do bathroom vents and the floors on their hands & knees, like I do. They do the corners and the woodwork. Hard working people and great company overall.

Description of Work
move in and cleaning

When we were sorting and packing my things, despite being very, very clear that nothing was to be discarded without my authorization, so much is missing it staggers the mind. In addition, things I was told were going to Goodwill did not, no receipts were ever provided. I did not sign the bill, hence initially the company would not speak to me. It was only when I found a paper with my name listed as the client that I got any action. Part of the fee was deducted, but that in no way covers the costs of replacing all the necessary items I lost. I have pictures of at least four of my things listed for sale on a social networking site. Approximately 18 months later, I now fully comprehend my losses. Fully 3/4 of my household furniture, appliances, kitchen ware, as well as personal family treasures like the picture book my 90-year-old father drew as a child, countless keepsakes, all gone.

Excellent, they even hauled away our excess stuff to Goodwill

Description of Work
Help clean out excess stuff from our home

Wonderful! 👍🏻👍🏻 I give them a Five star rating! Two ladies arrived on time if not a little before time! They started right in on the job! My input was taken whenever I offered it. But mostly I agreed to their ideas as they made more sense! The work was done in the time that was quoted to me! Both ladies were very courteous, friendly and fun!! We love how organized and clean our garage is now!

Description of Work
Cleaning out & organizing our garage.

Valuable assistance at a busy time!

Description of Work
Organizing and packing for a home move.

FANTASTIC. Tracey was great. She carefully listened to our needs. Through this process she was able to gauge how much help we needed on preparation for the move. She was helpful in suggesting minor things we would have never thought about. She had recommendation on packing supplies and techniques, and even offered the packing if we preferred their service. The moving crew she used was fast friendly and efficient. I would definitely recommend them and would use them again if I needed moving mind & muscle.

Description of Work
We needed everything moved out of our house for complete floor refinishing. We required some flexibility in schedule since we were working around several contractors. Then we needed everything replaced after the work.

At Utter Declutter, we specialize in organizing for a move out or move-in, or simply declutter a lifestyle. We do both organization of home or office space as well as deep cleaning and garage clean outs. We're happy to take a look at what's involved before we start a project & offer a free 30min consultation so we can discuss your options before getting started. We're located in St Paul and service the entire metro area. Please contact Utter Declutter if you find yourself in need of any type of organization or deep cleaning in your home or office. We look forward to working with you. Less Mess, Less Stress!  …

Home is Where it’s Clean. Trujillo Cleaning Services LLC is determined to leave your home nest as clean as can be! We specialize in cleaning and disinfecting services, for residential properties! We guarantee your satisfaction, and we won’t leave until the job is done right. We pride ourselves on the quality work we provide, while delivering great customer service! Check out all the services we offer below and call -or- click to schedule a free estimate today!  …

No License Required for Trade
Insured
All statements concerning insurance, licenses, and bonds are informational only, and are self-reported. Since insurance, licenses and bonds can expire and can be cancelled, homeowners should always check such information for themselves.To find more licensing information for your state, visit our Find Licensing Requirements page.
General Information
Free Estimates
Yes
Eco-Friendly Accreditations
Yes
Payment Options
Check, PayPal, Visa
Senior Discount
Warranties
No

How is Two Dames and Friends overall rated?

Two Dames and Friends is currently rated 4.7 overall out of 5.

What payment options does Two Dames and Friends provide

Are warranties offered by Two Dames and Friends?

No, Two Dames and Friends does not offer warranties.

What services does Two Dames and Friends offer?