With Angi since December 2006 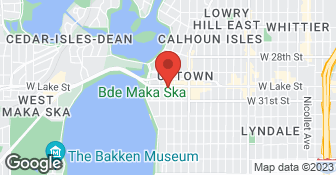 Installation appointment was for noon to 3, installer arrived after 5. Attributed delay to expansion of previous job from what was in the schedule. My condo was built with dual wiring. The plan was to split the in-home distribution so that cable internet would remain active. The plan was to use both cables from the living room; one to feed satellite signal to the receiver and the other to feed the output to the bedroom TV. However, the second cable to the living room was missing. The installer had a solution that worked: install two diplexers so the one cable to the living room feeds the receiver and carries the output destined for the bedroom TV. Even with delay, I had the cell phone number for the installer, and was able to run an errand while waiting (knowing the installer is at least 45 minutes away helps)

Very prompt service. They were able to come out and do the install the next day. I discovered that the TV set box was defective later that day. They came out and replaced the box the next morning. The installers were very knowledgeable and experienced. They appeared to be employees (not contractors). The only complaint I had was that the first billing which comes directly from DISH Network was incorrect. DISH Network told me that NTH had to fix the problem. I called NTH 4 times over a 10 day period and left messages but got no response. Finally everything was resolved when the owner returned from out of town. All they had to do was return my call and tell me that the issue would have to wait until his return and I would have been happy to wait. Instead it was like talking to a wall.

Description of Work
NTH is a retailer/installer for DISH Network. You can deal directly with them without talking to DISH Network. They installed the satellite dish and the TV set box for 2 TVs. There was no cost for this service (except for S&H and sales tax) because of a free installation offer in effect.

With Angi since December 2006