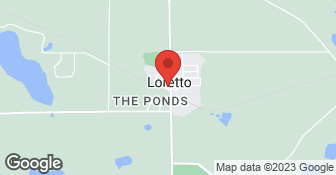 Landstyle Design and Construction is a design and build landscape contractor that has been in buisness over 30 years. We have between 15-25 employees depending on the time of year. We use subcontractors for electrical and plumbing only. We have a residential building contactor license in the state of MN.#20388024. We provide our customers with free on site consultaions. Our design fees range between $200-$600. Angie's list members receive $250.00(average design fee) off of there design. Our design staff has created "The Grand Parrilla" a unique outdoor fireplace/grill, inspired from a trip to the Argintina country side. We are also the designers of "Fire and Water". A one of a kind fire pit surrounded by a waterfall....

SUPERIOR DECK AND PERGOLA CONTRACTORS! Pink Construction LLC is a family owned and operated contractor company with over 15 years of professional industry experience in deck and pergola construction. We are licensed and insured and proudly serve the entire West Metro Area in Minnesota. Our passion is assisting in helping people to extend their interior space of relaxation and fun to the outdoor exterior space. We specialize in custom deck construction as well as offer custom footings, railings, and pergola construction.  …

Snow Removal Residential - seasonal costs and per time Commercial, Retail, Hoa, Venues, Roadways, Snow Bird - Per Time, Monthly We pride our company on reliability, great communication, integrity, and quality work. When it comes to providing great service, we rise above the rest to ensure you the best results with the utmost care and communication. We are experts in our trade and will do our best to keep you as educated as we can on your task or project. Give us a call today to schedule an appointment. We look forward to earning your business!  …

Specializing in both residential and commercial roofing services, Rival Roofing is a leading roofing company serving the Saint Cloud, Minnesota area. Our team is dedicated to providing customer service that’s second to none. Whether you have a new construction project or need to replace an old or damaged roof, our complete range of roofing services has you covered!  …

The trees that Bruce planted for us are dying. The office will not return phone calls nor will they acknowledge emails! The two year warranty is non existent.

Hired them to install a patio in our backyard. Working with them from the design layout through construction was great. We had a landscape plan which called out a patio design. Bruce gave us a quote for that design and some additional design concepts. The original quote was outside our budget and they worked with us to design something that worked for us and our budget. At no point did we feel pressured or that they tried to sell us something we didn’t need. Before construction they were in contact with us to pick out our stone and made suggestions on what might work best for us. They were accurate on timing and construction went smoothly. The foreman for our project was fantastic. He met with us daily and made adjustments to the design on the fly based on our feedback. Everyone on the crew was friendly and helpful walking us through the construction process. After the project was complete Bruce (owner?) reached out to us personally to get our feedback and to inspect the work afterwards. We will definitely be reaching out to them again for our fire pit.

I love the final result. The crew arrived on time and worked till job was complete. The supervisors were great, and responsive to my questions. I will use LandStyle Design in the future.

Description of Work
Pavers and a complete design for additional landscaping

Excellent. I have used, and will continue to use, Landstyle Design for any future projects.

Description of Work
Total re-landscaping of the river view side of the house. Prior to landscaping the yard was unusable and sloped directly to the river. Now there are two terraces with Firepit and cut boulder steps to the river.

Bruce and Margaret came out and asked us a bunch of questions about our goals for the front, made some suggestions and then came back a week or so later to present the design. We opted not to have them do all of the work, as we did it ourselves. They knew in advance was the likely outcome for them, which is why they charge for the design. We did most of the plantings suggested, but did leave out a boulder retaining wall that was simply too expensive and labor intensive for us to take on. I would recommend their design services. As I did not use them for installation, I cannot comment on that end of it. $250.00 well spent.

We had a home consultation to obtain a bid to tear out an old concrete patio and install a new paver patio. Some of the design features we discussed and wanted to incorporate in the new patio didn't end up in the bid proposal. |

We had several estimates with requests to show us their design recommendations. Landstyle Design and Construction took a little longer however, we felt their design was by far the best and went way beyond what the others offered for the same approximate price. Where others offered only front yard features Landstyle was able to complete the front and back for a similar price. Their crew arrived when they said and was one of the hardest working crews we have seen. They were respectful and completed the project including cleanup in about a weeks’ time. In addition they offered a two year warranty on their shrubs and flowers. We had a few of the shrubs and flowers that did not come back this year and contacted them. It took several weeks for them to respond because it was their busiest time of the year however, they sent a crew out and replaced all of the shrubs that had failed. We are completely happy with their job from the beginning through completion and recommend them highly.

Description of Work
Complete landscaping of our yard with a fire and water feature.

It went very well!! One mistake was corrected very pleasantly.

Description of Work
designed and built patio around a deck, and stairs into a garage, front stairs, deck, double driveway, hand railings, all in pavers. The crew was nice, pleasant, and did great work! Bruce's design was wonderful!! He listened to me, incorporated my wants and ideas, and very creatively designed more than I ever thought would have happened, then adapted this design to fit my living and my budget. He seems gifted in design. Strangers stop by to see and comment on the finished product. I have to wait until next year for the plantings.

The project went well from beginning to end. It was a challenge for them taking out the pool, we've had water problems with a spring running underneath the pool, but they were able to get it done with the water continuing to fill in as they worked. The crew we had working on our project was fantastic! A great group of guys!! All of our neighbors commented on how clean the crew kept our cul-de-sac every day when they finished. Our deck man was great also. He always would explain what and why he was doing certain things and would always ask questions if he wasn't sure how we had planned to do something. The whole Landstyle Design team was easy and VERY pleasant to work with. The only negative thing would be some miscommunication or some lack of communication between different forman, but nothing that caused issues. Things were always taken care of. If we had questions or concerns, the response time was quick. We would highly recommend Landstyle Design and Construction.

I did have something done with him. I was checking because I had something done before trying Angie's List, and if I would have had to first, then I wouldn't have hired that him. He doesn't come back. He hired a 20 year old that doesn't follow directions. He won't return my phone calls. He's got a 5 year warranty on his pavers and he is not coming out to fix the problem. I realize he's probably busy but he won't even call me back. We had him flip a fire pit and a paver patio on our back wall with boulder walls. We got rock all over on our house and lands can un-plan them, top-scape and hard-scape. That was about $10000. The fire pit that they built up awalk our retaining a boulder wall was like two or three courses of rocks and then they made the fire pit out the back of our walk-out pavement. It's sinking and the frames that they put the pavers in, cracked. It's sinking and falling away. So, it's got a slope and the pavers are separating in 2 courses, the circular thing. It's hard to describe and it's frustrating. It was beautiful and looks great when it was done. The other thing was, we stick all of our sprinkler heads, and we asked them not to go over them but to go around them, but every one of them covered 3 of them and broke 1 off. They were slow to see the little pink flags on wires tapped up about 2 feet. They did not listen at all and so we held back money from them because we'd like to know if we had to hire another to fix the sprinkler heads if they had cut it off. So, we hired somebody else to fix it for $500 back because they wouldn't come out to fix it. He's got negative grade on Angie's List and we should've known before. It looks beautiful but it's not holding up. The guy that I didn't go in with Better Yards and Gardens, which I had looked up online because of their rating, told me that he could fix it for me. It's another deal, and I said I want to get it done for free if I can with him that wrecked it because I paid for it. The 5 year warranty, I assume is billed into the price. He would've thought that he came out and fixed it, but surly me. I think I am going to wait for him until the end of the summer to fix it because it's too hot to be up there right now and use it. I do want to resolve it before September. So, I am going to give him a timeline assuming that he is busy because of the heat and the rain. I am going to cut him some slack but I have contacted him at the beginning of June. I am trying to be fair, understanding and not fully ftigch.

Description of Work
Landstyle Design and Construction came out 2 years ago.