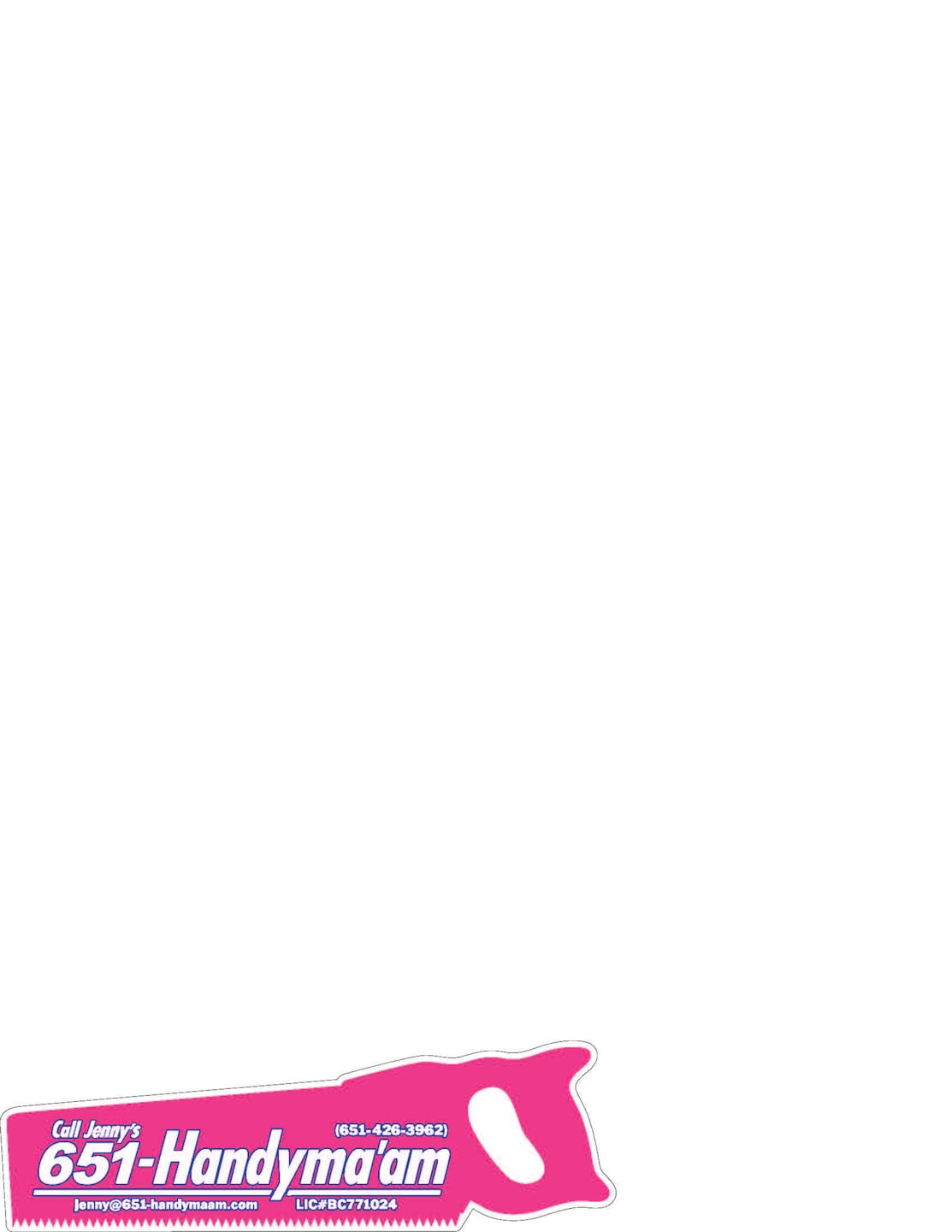 Our specialty is your to do list. Just provide us with a list of tasks that need completing around your home and yard....

Jenny clearly did not know how to do such a project, as we have since learned from the company we had to hire to seal our patio after Jenny allegedly sealed it. She didn't know how to prepare the patio and when it comes to sealing, two cement experts said that the sealing job was spotty at best a month later. Jenny blatantly lied to be about how many coats were put on- she told me she bought a new sealant that just needed one coat and charged us for one; later on the phone when I told her that the sealant was spotty at best on the patio she said she put two coats on. She immediately promised our money back (her website totes absolute "money back guarantee.)" Jenny has since avoided my calls, texts and emails. When I did catch her on a call she said she wanted to send her brother over to view it. I agreed; he never showed and I have not heard from Jenny since. Jenny has kept our money despite not performing the services under the contract she was hired to perform. She lacks professionalism, integrity (repeat lies, contact avoidance) and has exceedingly poor customer service. DO NOT HIRE HER OR THIS COMPANY. Jenny we remain open to clearing this up with you and will update this post if that is done.

Jenny replaced all the weather stripping around our exterior doors. Our house is so much warmer now, no more freezing drafts! Jenny was also incredibly knowledgeable and kind. She even fixed one of our doors that wasn't closing tight enough. We would definitely hire her again!

Jenny responded promptly to my initial call and came to look at the job the next day. She explained how she'd do the repair and said I would receive an estimate in two days. I NEVER HEARD FROM HER AGAIN, despite my follow up by text and voicemail. I will not call her company again and would never recommend her services.

EXCELLENT! Jenny installed the door. She's very knowledgeable. I trust Jenny and will be hiring her again for any future jobs that might be needed around my home. It's great to work with a handy woman!

Description of Work
Got a storm door (through the deals) and had some siding reattached to the threshold.

The project was finished on time with the highest quality. I would work with them again and again.

Description of Work
Install a foundation for 4 mailboxes

Jenny explained what she would do for each of the projects and the costs involved. She was very professional and friendly. She was very precise with the caulking--it looks almost perfect. The handrail she built and installed in the garage is very sturdy. She repaired my deck posts by replacing inadequate screws/nails with heavy lag bolts. She did a good job correcting the sloppy work done by the home builder (Lennar). I think this is a very trustworthy company and I would certainly use them again.

The weather on the service day was really bad but Jenny was prompt and did an EXCELLENT job. If you are looking for somone to install your shower door professionally consider 651-Handyman

OK. She left for 3 hours to do another job then rushed to finish the deck when she returned. I was not happy with the overall look. I know our deck was very dirty, however she missed several spots.

Great, she came and gave me the bid, then came back prepared to do the work. She was a great help!

Craig was great! Very thorough and made sure to explain to me ways I could get the job done efficiently without spending more money.

Kraig was extremely professional, showed up on time and suggested some alternatives that would save me some money. The job came in less than originally estimated. Was very relieved Kraig could fit me into the schedule quickly to get the fence repair completed. Would highly recommend Kraig and 651-Handyman.

On time. Did a great job. Friendly.

Kraig Finwall came to our home, the day we called! He assessed the situation and fixed the garbage disposal. We have called on Kraig for various jobs and he has always been kind, knowledgeable, and professional.

Description of Work
Our garbage disposal was not working.

Just so everyone knows, she is a long time client and I happened to be in her neighborhood the day she called. I knew it would be a quick fix. I usually run 2-3 weeks out. Double that in the summer time.

Everything went as expected. Kraig replaced rotting deck boards (about 52). He was professional and prompt. He kept me updated on when he would arrive and the expected length of the job. I will most definitely contact 651-Handyman for my next project!

He did a great job, pricing was very fair. I also had a problem that was solely my own fault later on that was he was very responsive to help with. I have an additional project I will be doing next summer on some other interior doors and I am sure I would want use him again.

Description of Work
Kraig install a door between house an attached garage.

He worked through the day without stop. Completed the task in 8 hrs as quoted. He did a very good job and the price was reasonable. He also cleaned up and hauled away the old fence peace’s. We are very satisfied and will use 651-Handyman again if we have a need. We would also recommend the company to others.

Description of Work
651-Handyman (Kraig) replaced about a dozen boards and posts on a 3 board fence around our back yard.

The work was done promptly and on schedule and it looks great. This our second experience with this company and they are very professional and dependable

Description of Work
replaced number of boards on wood deck

Kraig is exceptionally professional and courteous, and goes above and beyond. Hard to find help like that these days. Would without a doubt recommend him to anyone!

Description of Work
Kraig has hung pictures, installed sump pump, fixed brick that fell off the front of the house, hung a couple TV's on walls...I call him a couple times a year for various projects around the house.

Kraig was very busy and asked me to prioritize my list. I told him that there was no rush to get any of the things done. He worked me into the schedule about an hour or 2 at a time, except for the gutter cleaning and roof repair which were done over several hours one day by Greg. I am retired so spreading the jobs out over several days was not an issue for me. My garbage disposal suddenly was not working properly and hechecked it and advised that it would need to be replaced by a licensed plumber; it is not something he can do. I had a great experience with both of these men and would hire them again.

Description of Work
I had a variety of tasks on my To Do List including: clean the gutters, repair nail pops on the roof and adhere shingles, attach the downspout gutter extensions so they could be lifted up out of the way and reroute one downspout, replicate support arm for a table, fix leaking hand-held shower, install a different sewing machine in a cabinet I had purchased, and remove an item from the wall and a mirror from the side of a cabinet.

This is the second time I've used 651-Handyman and I couldn't be happier. Greg was professional and respectful. My range hood had not been installed very well originally, but he was able to re-attach it as it should have been. Greg discussed the options with me before taking any action. It took an hour, but my range hood is now up very securely and it looks flawless. I will definitely use this company again!

We were pleased with the response time and the quality of the work performed. We are senior citizens and no longer can work that high up. We were only charged for the time it took to perform the work. We were expecting a minimum charge that didn't happen. We will definitely call them again.

Description of Work
Hung a curtain rod ten feet up.

He was friendly on the phone and in person. Did a good job and was fast. Assured me he'd come back at no charge if there were any concerns but I can tell that won't be needed. He picked up afterwards (someone else did a roof repair here recently and left nails everywhere, so I appreciate that he picked up ). I will definitely use him again.

Description of Work
Kraig removed all the awnings from my house.