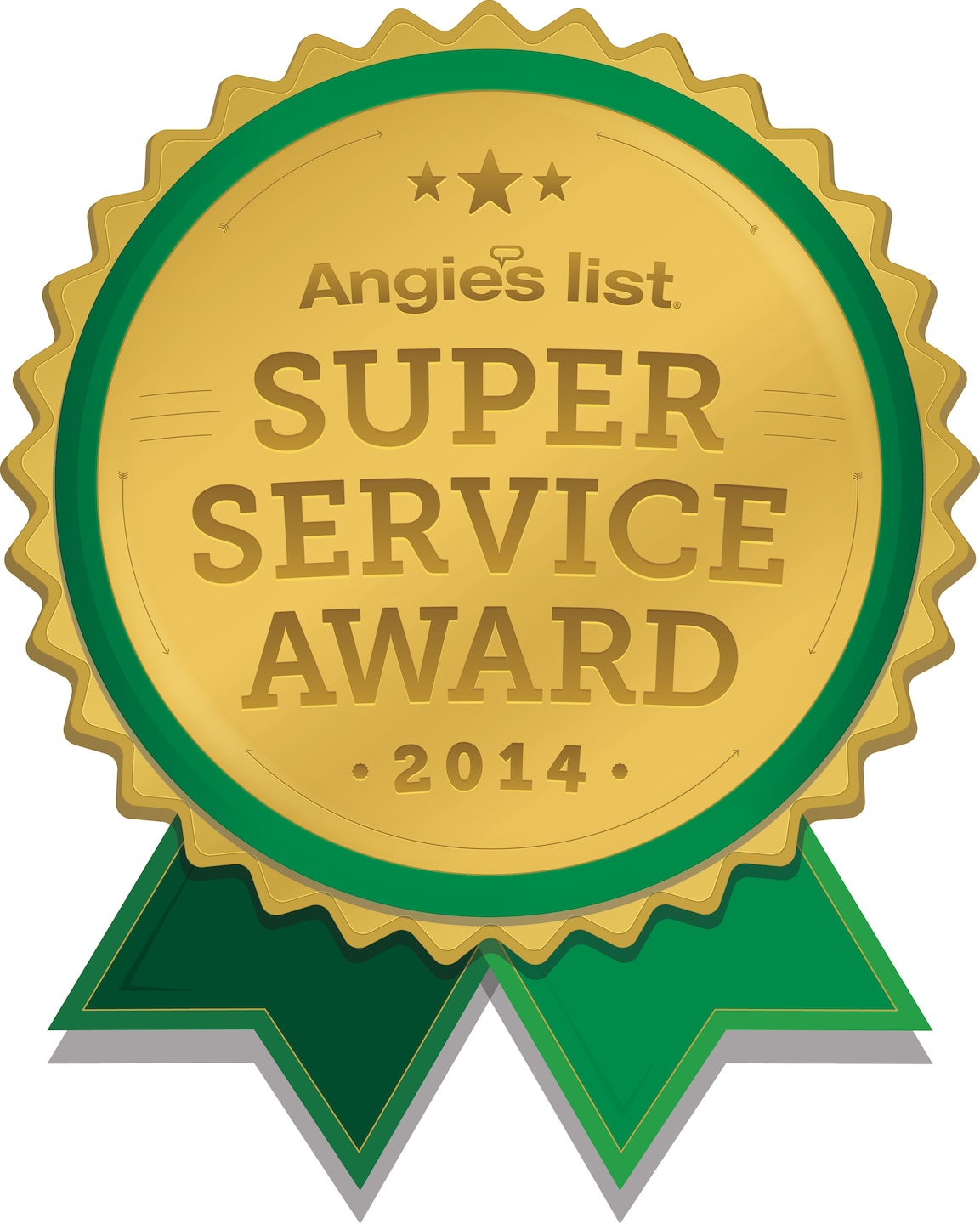 AA Painting company has provided comprehensive painting services for homeowners, multi-housing management, and builders. We are owner operating company. We don't hire sub-contractors which can drop the service quality and raise price for heads. We are not huge corporate but we are the flexible, lean, organized, and we focus on this: What does our customer need? How can we best deliver that? How can we add more value to our service- not like how they can cut corners and do less for more. We're focused. We understand service. Owner believes that quality difference between professional and amateur come from Prep work. Perfect prep! Perfect finish! are our service motto. We offer free estimate twin city metro area

10/10, just fantastic job they have done for my house. Originally we were thinking about replacing whole sidings but the quotes we got from different vendors were just too much. We contacted AA painting, decided to repair some damaged old sidings then paint the whole exterior. Results were stunning , my house looks like a new house, some of my neighbors came to me and praised about the new look of my house now. A crew of 3-4 people worked hard for 5 days straight ( Thanks to great weather ), repaired some damaged sidings and trims, power washed, masking windows and doors, they even covered my RV and veggie garden to protect from sprayed paint. cleaned out all debris after work each day. Price is reasonable, I am glad that I hired AA painting, they are not just a painting company, they can do other repair works too if needed. I highly recommend them for the house repair and painting projects you may have.

They did an incredible work. Don, the owner, was incredibly fast and did good work.

Could not of asked for a better company. Went above and beyond service. Very sweet people and the job was beautiful, would definitely recommend and hire them again.

It was great working with AA Painting. When I started looking for a painter, I put up the job in Angie's List on a Saturday afternoon. I heard from AA Painting in 30 minutes and the project manager came within an hour to walk through and take detailed notes. They started work on Monday morning and finished on time, despite us adding a few changes while they were working. The workers were very professional and even pointed out non-paint related issues for us to watch for. There was one room with some work left over from a different contractor that they needed to return to finish. They worked from 3 PM to 8 PM on a Friday to complete the work. They left the house clean and gave us detailed notes on the paint used and even organized the paint cans. Overall we are very happy with them and we look forward to hiring them for future paint work.

Finished in one day but I noticed later some edging could have been done better.

Description of Work
Painting kitchen and bathroom and stairwell

AA Painting did a great job. They were clean and quiet. They did not leave any stray paint marks. They were polite and easy to work with. I will definitely call them again!

Description of Work
Interior painting of 2 bathrooms and 3 bedrooms

Don came out and looked at my place and emailed me an estimate a day later. I contacted him a few days later to set up an appointment and he came out the same day with his crew and painted a stairway, loft and hallway for me. They did a very nice job and cleaned up after themselves. I would highly recommend him!!!

Don Shin and his AA Painting were dependable and meticulous. Once we agreed to the project with AA, they were quickly available and did the work in one day. Don suggested a penetrating stain for the walls and a brighter, more cleanable paint for the metal trim, which we had originally thought might be matte. Since we were going from a dark wood color to a lighter one, his people did multiple coats. The crew moved all furniture and carefully removed several bamboo shades and brackets (which they later reinstalled). Their plastic drop film and taping work was carefully done to produce a painting job that was literally perfect--not one drop spilled, not one piece of furniture harmed. They were neat, courteous, and professional, both with us and with the staff of our condominium building. In the midst of the job my wife had a medical emergency. Since we saw that the AA people were very reliable, we had no problem leaving them to their work while we ran to the clinic. We are definitely thinking of AA for other projects.

They never responded to our request for a quote

Very Well Don and his team are great and very fair!

Description of Work
Painted interior of our home

Extremely accommodating with their scheduling, did an excellent job painting house and finished product looked great.

Totally recommend for seriousness and quality. Very reasonable on pricing also. Excellent results! We are so satisfied with the work done and the treatment received that we have painted several more rooms of the house and have placed plaster molding in the bathrooms. Without a doubt, on future work we will use them.

The team did a great job painiting. Thanks to Don especially.

I have used AA Painting twice now to paint the interior of two different townhomes. I would totally use AA again. Don did a great job at recommending colors for me. The team was quick, efficient and most of all did a quality job. I am very happy.

Don’s crew has done a couple of painting projects for our home in Bloomington and we recently hired him to paint my uncle’s townhome in preparation for it going on the market. He and his crew do a fabulous job, they are neat and clean up after themselves and the finished product always looks so professional. We would hire them again without hesitation!! Superior work for sure.

Fantastic. Quick, efficient and easy to work with. Reliable and professional. The second time I got a second bid just to compare and they were fairly priced. I really appreciated how easy they made the whole process since I was out of town much of the time. My realtor recommended them and I’m so glad she did.

Description of Work
Painting of two rooms to prepare for sale as well as exterior garage door and power wash of deck. I then used them a second time for the new house I bought to paint a family room and bedroom.

Requested a quote on 9/4/18 for interior rooms needing painting within 2 weeks. Received no contact or response from the company.

This is an update to my initial review. All in all, I still would recommend AA Painting because the price was less than competitors, but the old adage that you get what you pay for also applies. Overall, the work AA Painting did was good and the home looks much better than it did, but if I were to do this project again, I would most likely hire a drywall company and a painter even if more expensive for a couple of reasons: 1. It was challenging keeping them on the schedule agreed to (we did add scope to have the textured ceilings on the main level removed but AA was late to a couple of deadlines they defined when the scope was added). I really had to remind and push them to complete the job the day before new carpeting was scheduled to be installed, a hard deadline I had communicated multiple times. 2. My original request noted specifically that in additional to the popcorn removal and painting, I wanted them to patch, sand and repair any dents or problems in the drywall since it is an older home. The schedule was so hectic when they wrapped up that I didn't see until later that they did not repair multiple popped nails, little dents or gouges, etc. I should have inspected more closely before they finished. 3. I contacted AA Painting the week after they finished to let them know that two spots on the ceiling where they skim coated were cracking. Don came out to look the week of July 4th and said that they would return in "a few weeks" to repair these. It's now two months later and I have had no additional contact from AA Painting so have had the repairs done by someone else. In the grand scheme of things, these are not awful issues and overall, they did a good job. But I also paid a lot of money and things like the popped nails should have been repaired without me reminding them and they should have followed up with me regarding the cracks without me having to continue to ask. These little things make the difference between a great job and just an OK one.

Terrible service. Don came out to look at what needed to be done. He said he would send me a quote by the end of the weekend. It has now been over a week and now he doesn't even respond to my texts asking for the status of his quote. What a waste of my time. So disappointing.

AA Painting far exceeded our expectations. The quality of the work was beautiful and without fault. Don was flexible in working with other contractors and completed the job on schedule. In addition to the excellent work, Don also made expert recommendations on how to prepare the condo for sale and suggested improvements. We are glad that we hired AA Painting and followed Don's recommendations, as our Condo received top reviews and sold quickly.

Description of Work
Painting condo to prep for sale.