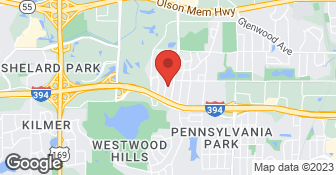 We complete exterior work only (No need to enter home)
We will wear masks and gloves when we visit your home
We offer estimates and quotes using video calling
We accept remote payment
All statements concerning COVID‑19 business operations and essential services are informational only, and are self‑reported and not verified by Angi.

Reliable window washing at a reasonable price. Get squeaky clean windows on any budget with our professional window washing services. Over 26 years experience. Customer satisfaction guaranteed....

Description of Work
April 7th they came to clean all windows inside and out. As well as screens

We are so happy to hear you had a good experience! We try to make the process as easy and headache free as we can so our clients don't have to worry. Can't wait to hear from you again!
5.0

They are very prompt, careful with their work, and polite.

Description of Work
They did the window cleaning for our entire home.

It went terrible as they were unable to preform the services I hired them to do because they both had the wrong work order and brought no ladders.

Description of Work
The day they were to arrive the man that showed up had the wrong work order. Nothing I had requested was on the order. He didn't want to call the owner as she was sleeping. the man told me he could try to reach some of the windows with a pole. I'm curious how he was supposed to clean the sills, which I requested, if he was using a pole to reach them. Apparently he hadn't brought a ladder. I was told someone would call me but they never. So basically the provider did nothing.

They stood me up twice after confirming the night before.. Very flimsy excuses and a bad attitude on the phone. Absolutely no professionalism. Very disappointed in this company which also goes by the name of Dayspring Window Cleaning.

Description of Work
Waited three weeks for a price quote. They stood me up twice after confirming the night before. I wanted my windows cleaned.

I spent $1000. They were prompt and they were fairly priced. I think they did good quality job at the workmanship was good.

Description of Work
I used Dayspring Window Cleaning this past week for window cleaning services.

I had used John Roth in the past and last year used this new company. Last year we were satisfied with the job. This time I saw that the person was not cleaning the screens. He said his order had not said to do that. I called and the office person told him to do that. He did miss one set of screens. After he left we noticed he had not cleaned the casement tracks. I called to tell them about that and the missed screen. They said cleaning the casement tracks was an extra charge. They did not offer that when I booked the job. They noted the missed screen but it is a week later and we have not heard any more from them.

Description of Work
Cleaned all windows

I had used John Roth from his company Squeegee Detail who was exceptional in his price and quality. When I called for John, Holly, the woman who answered the call explained they had purchased his company. She said she'd match the price that John offered so I thought I'd give them a try.A man arrived early. His first question was how he was to get up to the skylights. I told him we had a ladder if he needed one. My first concern was his use of a long pole with squeegee. I've tried to get to the bottoms of the upper windows with little luck not using a ladder, and John always had used a ladder. I waited.I don't want to knit pick so suffice it to say the windows were clean. Cleaner. I just had been used to John, perhaps, when the windows and sills were sparkling. Almost amazingly clean. There are still drips and spots and the screens nor window sills were cleaned well. Some not at all. It was an "ok" job. I hate writing reviews and usually only write if something is fantastic, but I do know that others might have used Mr. Roth and expect the same results. It is understandable since John was the owner and window cleaner. I was perhaps spoiled. Still, I had to redo some mirrors that were streaky. Again, not terrible, just disappointing. I did call and Holly was helpful offering to have the gentleman return to redo the windows. I felt uncomfortable having to take him around to point out the spots. He had mentioned he could get some things better with a razor, but inferred that we were really already getting a pretty good deal for all the work. The bill came to about 23.00 more than quoted. Not a big deal. But it did add to my disappointment.

Description of Work
Windows, skylights cleaned inside and out. Mirrors cleaned.

They did a horrible job; I really did not like them. When they washed the windows, they workers stood three stories down and used a pole to clean the windows. You cannot do a good cleaning job like that. The workers were friendly but sloppy.

Description of Work
I had my windows and screens cleaned inside and out.

CREW WAS VERY FRIENDLY AND PROFESSIONAL - DID A GREAT JOB AND I WOULD HIRE THEM AGAIN.

Description of Work
OUTER WINDOWS ON UPPER LEVEL OF HOUSE - INCLUDING PORCH.

THEY BROKE A FEW GRIDS IN THE UPPER WINDOWS, TRIED TO PIECE THEM TOGETHER WITHOUT TELLING US. DIDNT WASH OUT BETWEEN THE SILLS.