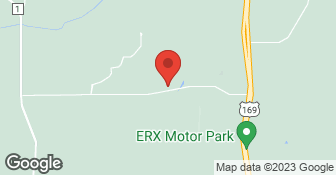 Wow, Jeff exceeded my expectations and what I thought might be a reasonable timetable. Called him about 8:30 a.m. and by noon I had my key fob in hand and was up and running again. And, he was able to pull this off even though he had some obstacles to overcome (not caused by him). Excellent, excellent service and follow-up. I'll definitely use Lockstar again for any lock or locksmith work I need done.

Description of Work
Needed a key fob replaced and reprogrammed for my car.

Description of Work
Removed broken key in lock. Very nice, professional and got the job done. Did a little damage to current lock trying to get it to move but it was an old door so possible to expect that. Said he'd follow up on cost to replace the entire handle/lock but didn't hear back.

I had broken off the key in the lock on the trunk of my car. We took it to our auto repair company and they referred us to Jeff at Lockstar Locksmith Service and I am so thrilled that they did. I called him at around 9am in the morning and he said he would be in the area in the afternoon and he would call me. I gave him directions and he showed up in a fully equiped van ready to tackle the lock. Within 5 minutes he had the broken half of the key removed and made 2 more keys for my car. Which by the way worked on the first try on the trunk the door and ignition. I was very impressed because my car is old, a 2001 and the key was worn and a bad design cut, which is why it broke. While he was in my driveway I ran and got my IMPOSSIBLE to duplicate house key, which having lived 20 years in the house is the only one left that worked. I have tried to have spare keys made more that 20 times at big box stores and hardware stores and they would never work and I ended up throwing out the keys. Jeff made 2 duplicate house keys that worked! I highly recommend Jeff Hribar of the Lockstar Locksmith Service. He is quick, professional and talented.

Description of Work
I broke a key off in the lock on the trunk of my car and had IMPOSSIBLE to dulicate keys made for my home.