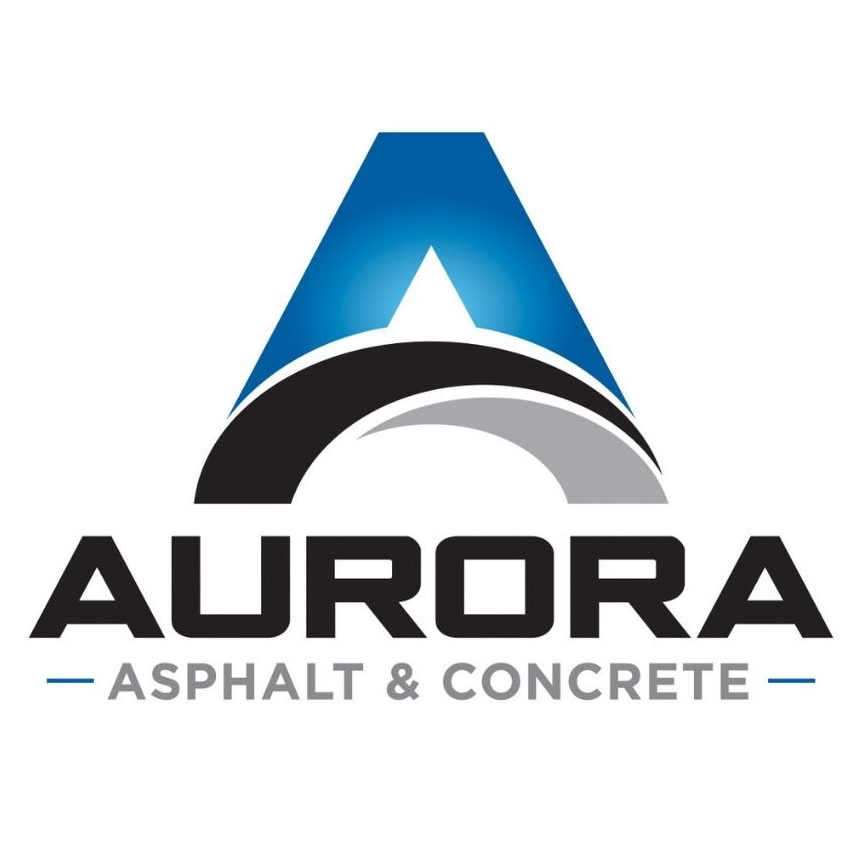 Poorly. They replaced the asphalt driveway and concrete apron in May 2022. Within 3 weeks there were 2 large cracks in the driveway. They did come out and caulked these and resealed the driveway. Within 4 weeks of this there were 20 more substantial cracks all over the driveway. It was falling apart. Plus to structural cracks in the concrete apron. Multiple emails to them to try and set an appointment with someone to meet with us to review the condition and determine a corrective action plan. They finally called and left a message saying someone would be out the next day but did not leave a time or try to confirm an appointment with us. We stayed home all day, no one showed up. No phone calls or follow up emails to this supposed visit. 2 months of emails and phone calls, until we final said we need to hear by next week. Received an email on the deadline date, with no name, but it said the cracks were not their fault, but did not say what caused the multiple cracks, just not their fault and they weren't going to replace the driveway. They advertise a warranty, but they do not provide the advertised warranty coverage. Strongly advise not using Aurora Asphalt. We have the pics and video of the condition of the driveway and will provide upon request. We are having to hire a lawyer to pursue our rights. Our neighbor had their driveway replaced at the exact same time, same grade, etc, and their driveway is perfect, as it should be. They used The Original Driveway Design company. Strongly recommend them for an asphalt driveway or for concrete work.

At first it was great, then winter came and the driveway raises about 6 inches from my garage. I am told there is nothing they can do and that they agree it stinks it happened, but never offered me any money back, and now I can't use my garage for 5 months in the year. Because I have to park my truck in the driveway, it results in cracking. The fact they are not even willing to help out at all is very dissapointing.

Description of Work
Had a new concrete driveway put in

I hired Aurora in the summer of 2017 to seal coat our driveway. I was impressed by our salesperson, and the work done at the time seemed good. But, after one winter the seal coating had completely deteriorated into dust. By June 2018, there was nothing left. I called four times during the summer of 2018 to have the problem rectified, but I eventually gave up in September of that year. I never did receive a callback and the problem was never addressed or fixed. I would not recommend Aurora.

Description of Work
Sealcoating of driveway

BEWARE!!! Aurora installed our concrete driveway last summer. When the snow melted we discovered our new driveway was riddled with popoffs and scaling. We contacted them and they sent someone out who told us it was because of Minnesota winters and salt. We did not salt the driveway or use deicer. I looked into the causes of popoffs: "Popoffs can be a result of a poor quality concrete mixture, improper finishing, or inadequate curing practices that result in a poor bond between mortar and coarse aggregate particles". The Minnesota winter is not the problem; freezing doesn't cause popoffs unless the aggregate mixture has low quality porous particles. I found many similar bad reviews and several complaints filed with the Better Business Bureau. If you have had a similar experience with Aurora, please contact me. We will be taking legal action. And if you're wondering why there are positive reviews: they offered us $50 off if we left a positive review. I edited mine from last summer. If I could give 0 stars I would.

We had a lousy experience with this contractor. They did thousands of dollars of damages to other aspects of our house, refused to repair, discuss or even return phone calls, tried twice to jack up the price and left us with a poor quality driveway that is already chipping. Check their BBB page. It seems like this is a pattern

Aurora Asphalt & Concrete did an amazing job on my Concrete Driveway and Patio.

Aurora installed a faulty product with obvious blemishes. I notified the company in April and here I sit in mid-September without resolution. Instead of shouldering the responsibility, Aurora, assigned blame to the concrete company and has delayed corrective action sighting mixer / vendor challenges. Bottom line. I paid Aurora not the concrete mixer and the company's use of an inferior product shouldn't be a customer's burden. Six (6) months later and still no resolution just empty promises of follow-up and inspection. Avoid this company.

I do NOT recommend! The first meeting and install went well. However, about a year later you will see the results of a fast install. The driveway has multiple cracks, pebbles are coming up to the service causing the service to be pitted. It looks and is terrible! Drew apparently came by and took pictures a month ago. He has never called us to discuss and I have made multiple calls to him with no response.

Description of Work
We had a concrete apron and asphalt driveway done.

Aurora replaced my asphalt driveway and installed a concrete apron. Should have known I was going to have trouble on day 1. They came in and ripped up asphalt next to the garage where the concrete apron was going in and then left. I had to call them back to ask why they didn't dig up the rest of the driveway. They said it wasn't part of the job order. After 30 minutes of back and forth. They found the rest of the order. Came back, ripped up the rest of the driveway and then a few days later, concrete and asphalt were installed. This past fall/winter, I started noticing the concrete apron was flaking, and it got worse. I called them, they came out, and said it's from salt damage. I called in two other concrete companies and my general contractor who all stated it was a bad mix of concrete. I called Aurora, explained this to them, and I eventually got Drew to admit they received a bad batch of concrete from their supplier. Fast forward three months later and no returned phone calls and today I finally get a call back after lighting up one of the folks that picked up this morning. Drew told me again that it was due to road salt from my vehicles. I then told him, no, you told me back in April that you received a bad batch of concrete. He was a little taken and then said he never said that. They won't do anything to rectify it and Drew told me today point blank, it's my problem, not Aurora's. My only option is to sue them! Piece of crap organization

The demolition went well and the concrete apron went well. Both crews were very helpful and knowledgeable. However, the asphalt crew was another issue...simply put, the driveway, which is 3 cars wide, is not smooth and the crew was not friendly and smoked in my garage! I now have an asphalt driveway (for 2 years) that is wavy! I explained this issue to Aurora and I got the impression that they didn't care!!

Buyer Beware – We used Aurora Asphalt & Concrete to replace our concrete driveway and sidewalk in 2015. Over the winter, a crack developed on our sidewalk, a place in which we had no problems with our previous 20 year old concrete. We had the company out the following summer and were told they do not cover or fix cracks. We had the company out again this summer as this has now expanded into a much larger split with small pieces of the concrete breaking loose. I was disappointed that Aurora Asphalt & Concrete would not help with the repair or assist us in finding someone to help. The company has told me: 1. They don’t cover cracks 2. This still looks like a crack and we are now beyond our warranty (although we had them out well within the warranty timeframe) 3. They don’t do repairs of this small size, even if we were to pay for it 4. They don’t give references for other companies who could do the repair When I choose a company, I want to know that they will do quality work, honor that work and help us with headaches down the road. Unfortunately, that wasn’t the case with this company. I would not use them again and I will not refer them to others.

Description of Work
We had our concrete driveway and asphalt replaced.

The process was great and very professional.

They were all very nice. The job is beautiful and I especially love my new patio. Rory was very professional and came back over to make sure everything was to my expectations, which they were. They were fast and prompt. I would absolutely hire them again. Also a shout out to Kendra she was very helpful organizing a time and day! My cost was $8200 for everything, no surprises.

When the job was scheduled, it was done right on time. Both driveways were completed in two days, so there was minimal disruption. Good crew, great estimator, always courteous on the phome.

angies list sent this place to me, knowing my address, but they said they would not be able to service my location

Description of Work
some misc blacktop,

Added a parking pad alongside my driveway to allow for offstreet parking for all our cars during the winter. also widened the driveway to eliminate tight curve of existing driveway and eliminate accidental driving on lawn. Aurora Asphalt met with me, heard my problem, and offered an excellent solution. Upon completion the new driveway matches very well and looks as if it was all part of the original installation.

product was great- communication with company not so great

Aurora was responsive up through scheduling of the sealcoat. However, the sealcoat was subpar - the edges of the driveway were not edged with a blade. I sent customer service pictures via email, and made a few phone calls before finally getting through to my representative (they never actually called or emailed me back.) She explained that their practice is to use a rotating wire brush, and they do the best they can with the brush. I'm not satisfied with this service (especially with their lack of responsiveness) and will not use them again.

The crews were professional, on time and efficient. Great experience!

It all looks great, It would have been more informative if they the workers could have told me that we will not do a sawcut and sealcoat instead would be trowel scored and sealed the same day not the next day .I wanted the sawcut look. The estimator told me it would be sawcut. All and All it looks great. Hope it looks as good next year after are winter. Thanks,

Excellent. Unexpected storm occurred after seal coat was applied. They came back an reapplied seal coat.