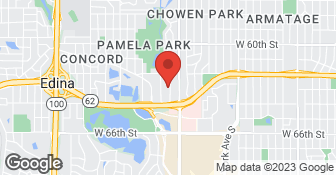 Ace Handyman Services works with families and business owners who need professional help to get things fixed or improved around their home or business and don’t have the time or skills to get them done. We do over ‘1,162” different jobs and can generally be on site within 2 days or less. We bill by the hour and set appointment times based on your schedule. All our experienced, expert craftsmen are direct employees, licensed, bonded, insured and background checked. Customers can supply their own materials or have us shop for them.. Additional email -msite@acehandymanservices.com Award winning. A+ rated with the Better Business Bureau. PLEASE CONTACT ME DIRECTLY THOUGH MY EMAIL ADDRESS OR BY PHONE RATHER THAN THE MESSAGE CENTER...

Very good. They were very efficient and they finished the job. Kind and helpful.

Description of Work
They removed and replaced the sub floors.

Me: Hey, I'd like a quote to add some lighting outside. It will involve climbing a ladder, installing some hooks, and plugging into power that already exists. Them: Sorry, we don't do that. Me: Ok then, that's confusing because your site literally says you're a handyman and you do installs and lighting. Thanks for nothing.

Prompt response and appointment. Indicated estimate in few days, but never heard from. Contacted owner, said would follow up, no response. Like what I read about business, but uncertain of reliability, left hanging.

[Member Name Removed], sorry it's taken us longer than normal to provide a quote but this was done by a new employee who is also extremely busy doing actual work and lost track of this estimate. I did receive his write up yesterday and placed a call to you late yesterday afternoon about 4:50 to get some additional information re the materials needed. I left a message with my return phone number.
5.0

From my initial inquiry communication was prompt and professional. Scheduling was a breeze and the craftsman was on time to our appointment. I even received email and text updates allowing me to track the craftsman to see how far away he was. He measured, purchased, and installed the door. It looks great! I wouldn’t hesitate to hire this company again.

Description of Work
We needed the door from our garage into our home replaced with a 20 minute fire rated door.

The original estimate was for $1,000 counting the railings but nearly all the work that needed to be done was on the floor of the deck so we agreed on a discounted price. The worker was thoroughly professional the whole time on site and he arrived promptly and cleaned up when he said he would.

Description of Work
Power-wash and re-stain of deck. Also needed some repairs done where woodpeckers found an insect nest.

Went great, very quick response and were able to get out within the week! Did a great job and we felt the price was fair! Would hire again!!

Description of Work
I had a variety of repairs needed to finazlie a house we had rented out for sale.

The digital system is professional. The human service is flawed. I called and scheduled a time with them, more than 3 weeks out. I received automated text and email confirmations for the date and time. When the time came, nobody arrived. I called and was told that they had it on their calendars for the wrong date and didn't know how that happened . They had no openings for at least month and were not able to accommodate a closer time to make up for their error.

[Member Name Removed], I apologize for the confusion and frustration. We have a brand new system that is great with notifications but somehow there was an error made on your appointment unfortunately but we are quickly working out the issues. Per the notes the appointment was moved to one of your other preferred appointment times and a notification was sent out to you via the system over a week ago. We are working to figure out what exactly happened and I as I said on the phone would be happy to try and find a time that would accommodate your schedule a little better. I apologize again and please feel free to give us a call if you have any further questions.
5.0

Very well. He was creative with the outside icy condition. Price was less than we expected.

Description of Work
Put in 3 outside combination windows

They were excellent. I had to replace a piece on a cabinet, remove a phone jack, replace tile on the wall. They are just great. They have done various things for me and always done great work for me. Except the one time with the guy in the bathroom.

The day before the appointment, I received an email reminder saying Kevin would call me that evening to check if there were any other projects to include in the quote. He didn't call, but I thought of a few more things. On the Friday, I made sure I'd be home in plenty of time for the appointment, but for some reason, Kevin showed up three hours early, while I was still at the office, so I didn't get to show him the projects or discuss anything else. He left his phone number and when I called him, he basically declined to quote the deck repair, and suggested I send him photos of the additional projects, which I did. A week later, I texted to ask when I would get the quote, no response. A week after that, I called and talked to Erin, who said the owner, Mike, would send the quote. The next day, I received an email from Mike, but the quote was only for the exterior paint project (none of the other items I took photos of) and didn't include everything that needed to be painted. I replied asking for clarification (was the window trim included even though it wasn't listed?) or a revised quote. I never heard back.

Description of Work
Called to get a quote for two exterior projects, one painting soffits and window/door trim, the other deck repair. Erin said first available appointment was a couple weeks out, on a Friday afternoon at 3 pm.

Great, he was able to reattach the towel bar without patching the drywall so it was done very quickly

Description of Work
Rehang a towel bar and tighten another one.

Scott came in and was very professional... DID AN AWESOME JOB!!!!! Would and will use him again...

Description of Work
Gave us the cost to replace a patio door and put in french doors, we had water damage also...

The work went very well and was completed in two days. Kevin was the installer and was very friendly and professional. You could tell he enjoyed his work because he was always whistling while doing the job.

Description of Work
we had 4 exterior doors and one storm door installed.

I cannot speak to everyone at HMM TC's but Craig did a great job. He was incredibly clean which was appreciated (I've had other contractors who would leave the house a mess.) Final price came in at the amount quoted. Due to tape and mud drying times, work went over about a day which was no problem, rather they do it right than rush anything.

They were punctual, clean and neat. Very knowledgeable.

Description of Work
They hung a ladder in the garage and replaced floor tile in our kitchen.

It went very well. The area was repaired well and clean up looked great.

Great! He showed up on time and cleaned up after himself. Very pleasant.

Work was completed and well done. The craftsmen and company was very responsive to any questions or concerns I had.

Description of Work
We had some fence posts that were broken off at the base. The posts were replaced.

It was a good job done quickly and efficiently. It took less than an hour and one worker came out. He sent someone else back to take care of my outdoor faucets.

Description of Work
They fixed my microwave that was not properly under the cabinets.

The handyman was very efficient, the work was high-quality, and we felt that it was a great value. We were thrilled that he was able to complete all of our projects during the service window, especially since he had to go out on a supply run because we hadn't purchased enough baseboard. We even had an extra project that we added on and he was still able to get it completed same-day without needing to reschedule. It would have taken us days to do what he completed in a matter of hours! We will definitely use them again.

I called and they never returned the call. Very disappointing.

Description of Work
I had a variety of things that needed attention and was calling primarily about fixing some windows, perhaps replacing some casement windows, and fixes around the house.

[Member Name Removed], Thank you for your feedback. This time of year we do get very busy and while it happens very rarely, sometimes we do miss a call. I apologize for no one getting back to you. Please let me know if there is anything we can do to make this better.
1.0

Was not willing to perform service.

Description of Work
Was not willing to perform service.

[Member Name Removed], first of all we are not plumbers so we do not have a valid license to install the waterfall faucet in your bath. Second we are very short in service technicians on the west side of the metro at this time so we have no one who can service your area to do the ceiling repairs.
5.0

Very well. The estimate was timely. The appointment was soon after the request. The door works great.

Description of Work
They installed a screen door.

[Member Name Removed], thanks for the review and glad Craig was able to get that screen door installation completed so quickly this time of the year.
5.0

Great, they were very quick to respond on Angie's list and got the work completed within a few days of my initial request. I like that the communication was all electronic and the invoice was sent to my email. Very efficient. We will use the provider again.

Description of Work
We had a ring on a toilet replaced and the toilet resealed and balanced. A pretty simple job, but we didn't have time to accomplish it prior to closing on our house.

Spruce It Up Cleaning Services

Since 2003, Spruce it Up Cleaning Services has been the Minneapolis area's choice for top-notch commercial and residential cleaning services. Whether you need housekeeping services, office cleaning services, or property maintenance services like pressure washing, deck cleaning, or gutters cleaning, we've got you covered. We're an insured business, and we always put quality workmanship first.  …

4 employees. No subs. Cost determined by the job. No travel charges.  …

Are there any services Ace Handyman Services Twin Cities does not offer?