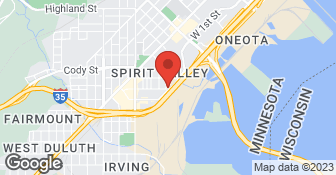 This was a very good experience.

Description of Work
He came out and exchanged a fuse for us. He gave us some input as to how to determine if a fuse is out or not.

Description of Work
On the day after after our spring snowstorm, they answered their phone promptly. Courteously listened as I described my problem (tripped circuit breaker that would not untrip) and walked me through how to diagnose the issue on my own. Very clear instructions and provided cell number in case I couldn't get things figured out myself. I know nothing about electricity/wiring and they could not have been more helpful. As it was got it fixed myself (culprit was a blown-out surge protector when we lost power the previous night) and saved $$$!

I really like this guy. He is cheerful and friendly. He communicates well, anticipates what the needs will be. He first came to my house because the furnace was acting erratic and it seemed to be a power supply issue. He arrived with a part in-hand saying this is what he thought it was. He took a look at it all, and then replaced the part and taught me about it. This time he showed up with the plumbers. I needed a new hot water heater, and he is the person they work with for the wiring. I asked him to put in an additional plug in, and he was very accommodating. I am calling this guy my electrician from now on.

Our contractor came to appraise the room and ask questions regarding need for light and type of lighting necessary for us. He also checked the old outlets and recommended what should replace them. They sent us a proposal for the project. This was sent back with our OK. They applied for a permit and work was completed in two days.

Description of Work
The entire lower level electrical( might be considered a basement area with picture window) was updated.Three tracks with lights installed along with new duplex receptacals on wiremold . This was an area with little or no lighting. It's nowa proper work space. The outlets & lighting all are up to date and connected to 3 new circuits.

Everything is good so far. I'm waiting for someone to show up for my freezer. I had him install a new outlet in my basement, so that I could put a freezer. Hopefully that will work for my freezer. The other stuff has worked fine. His knowledge really stood out to me as an electrician. While he was here, he realized that some code had just changed as of the 1st of June and he had to put in a different breaker because the code had changed. He just was like a walking encyclopedia of knowing how to fix stuff. That way I know that he's doing things right and I can trust what he's doing as well. I got a recommendation from my neighbor and my neighbor had used him. I wanted to work with someone local. I got another quote from someone else and his quote was on par with the other electricians but he was just really knowledgeable. I thought he did good work and he did not make a mess of my house or anything like that. The only thing he asked me to do prior to the job was, to put the fan blades together for the ceiling fan. Everything else he took care of. One of the outlets he put in, was underneath my dining room table and he did not even ask me to move it. He just crawled down in there and got to it on his own. The big thing was that, he instilled a lot of confidence with his knowledge. He had the experience of how things are supposed to be done. He has had the experience of having done that kind of work before. I will use his services again in the future.

Description of Work
I used Red-D Electric Inc for electrical work. I last used his services either in the end of June or in the beginning of July. I had him put in three new outlets and check a third outlet, and install a ceiling fan.