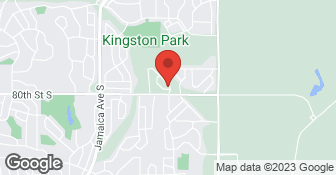 The Level Ede owner and his son are extremely fair, up front, and truthful. I was very gun shy about one other company that put in a bid and made promises of only costing my deductible. Oscar with Level Edge pointed out the costs that insurance would not cover plain and simple. Oscar is very personable, patient, and customer oriented, just like his father (the owner of Level Edge). Oscar informed me that he could not say without a doubt my cost would only be my deductible because they have not opened the roof nor removed the siding yet, but he promised me one thing, that prior to performing this work they would explain the why and estimate the additional cost. Which was done, I had some extra costs, but wow that was very easy to deal with, rather than empty promises made by big box companies which surprise you later. All of the workers worked like a well oiled machine. They were all very kind and organized. No one just stood around. If they saw something that was just a little of they would make it right. The job sight was kept very clean and organized. Oscar was fully on top of things and would take care of the most minor requests ASAP (minutes or hours not days). OH, I almost forgot. I called Oscar and let him know that they may not want to leave my downspouts go for very long. I have a very flat back yard which allows my basement to get damp. The siding crew finished around 5:30 and left. I heard some noise around 7PM and went out to investigate. It was the Gutter and downspout crew that Oscar had sent out to finish the down spout work. I was elated. They came to my home after working a full day on other jobs just to get my down spouts installed. It did rain for the rest of that night after they got my downspouts installed. I am very truly sorry for how long this is but, I would give Level Edge and their entire crew 100 stars if possible. Level Edge IS the definition of Customer Service and Satisfaction. And they do it all for very reasonable prices with top quality products. I beg you don't waste your time looking any further. Level Edge and its Employees define "BEST".

As far as price goes they were more than a couple of thousand dollars lesser than anybody else. It was not a simple roof and it was a big job. They were about 12 to 14 guys and they went through it in no time at all. They did a real nice job.

Description of Work
They did some roofing work and also put ply wood underneath.

They work with you on what you want. They have very reasonable prices. They do very high quality work. I would highly recommend them and use them again.

Description of Work
Level Edge Roofing came out and installed two roofs for us.

They did a very good job. They were all very willing to do anything we asked. They cleaned up well and got the job done quickly. We were pleased with the service. This is the second time we've used them.

Description of Work
The pulled off all the old shingles and re-decked and put on a new roof.

THE JOB WAS COMPLETED IN 3.5 DAYS. 7 OR MORE WORKERS STARTED AT 9 AM AND WORKED UNTIL 6 PM EVERY DAY. VERY VERY POLITE AND THE BUILDING INSPECTOR COMMENTED ON WHAT A NICE JOB THEY DID ON THE ROOF. WILL USE THEM AGAIN (IF I EVER BUY A DIFFERENT HOUSE).

D. S. Bahr Construction, Inc is a growing company that stresses high quality workmanship with a personal touch. We specialize in roofing, siding, deck construction and most facets of exterior remodeling. We handle siding replacement in the twin cities, roofing in the twin cities, as well as all twin cities deck construction. We also perform other types of construction and remodeling for the entire twin cities metro area. When i started D. S. Bahr Construction, Inc in 1990, I decided that there were two important standards that I would maintain for my company: high quality & excellent communication. We use only the highest quality roofing, siding and deck materials backed by strong manufacturers. My Minneapolis roofing contractors know that every job must pass my high standards for quality work. You won't find a deck builder in the twin cities that takes more pride in their quality workmanship. Communication - as a home owner myself, i understand that there's nothing more frustrating than waiting for answers and call backs from companies i need service from. At D. S. Bahr Construction, we guarantee that we'll answer all your questions in a timely fashion. No more waiting indefinitely for a call back to get a bid for decks in St. Paul or roofing in Minneapolis. No more playing "phone tag" when you need answers about house siding in the twin cities. As president of D. S. Bahr Construction, I'm still hands-on and in the field. If you contract us to handle your remodeling and construction needs, you'll always have a link to the owner and president of the company. Please include a contact phone number when emailing for estimates. Award winning.  …

Viking Contractors LLC Has years of industry experience and professional knowledge restoring damaged roofs. We identify, evaluate, and provide full-service repairs for hail and storm-related losses to get your life back to normal as quickly as possible.  …

We dot no do interior work. Only Exterior Residential.

LEVEL EDGE CONSTRUCTION is currently rated 5 overall out of 5.

No, LEVEL EDGE CONSTRUCTION does not offer eco-friendly accreditations.

No, LEVEL EDGE CONSTRUCTION does not offer a senior discount.

Are there any services LEVEL EDGE CONSTRUCTION does not offer?

We dot no do interior work. Only Exterior Residential.