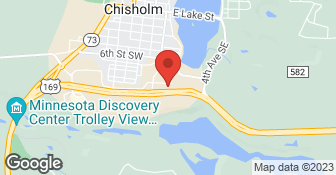 Affordable Prices**22 years of experience, owner operated and on every job site! Outlast Construction is a professional roofing and siding contractor. Our goal is to create long-term trusting relationships with our customers. Outlast Construction is dedicated to delivering outstanding quality at competitive prices. Licensed and Insured we back our work with a Limited Lifetime manufacturing Warranty and a 2 year Installation Warranty. At Outlast Construction our relationship doesn’t end when your project is completed, it begins. Now offering Snow Removal.  …

We offer free estimates from the owner of the company. We've had the same crews for 15 years. We are a good Company and our main advertising is word of mouth. We do insurance work and private and can take checks or credit cards.  …

I was never informed of when they would do this work. It was done while I was out of town. When I came home it was "complete" , and I was billed. Huge problems were apparent at first glance. I could look up and see daylight in at least 50 places, not what you want in a roof! One day in a wind storm, the corner of the roof kept blowing back with the wind. Every time it rained I had water below. They were called and did come when I called but the only solution they offered was to patch up the work that was done wrong in the first place. I called the building inspector who came out to see the work. EH Lawrence had never obtained a building pernit and had they done so, they would have needed to replace the trusses, the structure of the roof, and then replace the metal roof. With the first snowstorm of the year I had 4-6 inches of snow blow the roof, on the insulation of the room below. I ended up hiring a different company and they had to completely undo the work done by EH lawrence and replace the trusses and replace the metal roof. It now does not leak. I have since filed a complaint with the Deparment of Labor and Industry and also had a hearing in conciliation court. I have not had resolution on either of those efforts as of this date.

Description of Work
I had a pole barn that had been through a fire. They were to assess the structure of the roof , repair, then replace the metal roof.