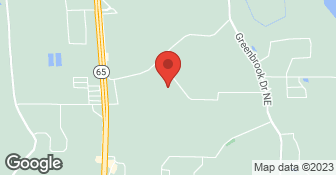 Arko Exteriors has built its reputation on customer satisfaction. Our commitment to our customers is the cornerstone of our success. We provide professional, accurate and timely inspections to determine damage and avoid frivolous claims. We work hand in hand with our customers through the entire insurance claim process. Dealing with insurance claims can be a major hassle. Our experienced staff have built relationships with and frequently work with insurance companies. Our industry knowledge and insight on storm damage allows us to work directly with most all insurance companies. That means we’ll complete your roof repair or replacement while also keeping the entire process as smooth and simple as possible. Superior and talented craftsmen are the backbone of our company, and we’re always committed to the satisfaction of our customers. An attention to detail and thorough workmanship is what we pride ourselves on. Whether it’s having all the angles straight or just having all the light bulbs on and working, every job is equally important to us. We guarantee it

Love our new roof! We worked with Project Manager Nic Rundle who inspected our old roof, found hail damage, worked with our insurance adjuster and scheduled us for the new roof installation. The work was done quickly and professionally. Nic stayed in touch with us throughout the process and inspected the work. Thanks Nic for all you did! Jim and Sue Romain

Description of Work
New Roof due to Hail Damage

Absolutely nothing went well and still have problems this project lasted over a year and arko has been paid all but $2800 I don't want them back to do more damage than they've already caused. They've been back multiple times to fix and they still can't get it right. When they fix siding they don't fix the holes in the house wrap. They make promises that they don't keep. 30k job that I'll have to pay more to fix the things they're clearly not capable of fixing. Use anyone but arko. Nothing was done in a timely manner, garbage was left everywhere, oil Mark's all over the driveway, knocked off stone ledger in 2 areas, cut camera cord then they give you a couple hundred off. It cost more than that out of my pocket to fix. The roof had alot of nails showing and ripped shingles. Just truly a bad company.

Description of Work
Arko did my roof and siding

We are forever customers! Mike P. and his team fought tooth and nail with our insurance company. They never gave up and we came out getting all new siding, roof, gutters, etc. The customer service, turnaround time and overall quality of work was incredible. Highly recommend Arko for any job needed.

Description of Work
Arko was very responsive, arranged an appointment quickly, and showed up on time. Luke explained things completely, and was very helpful. Would hire again in a heartbeat.

July 2019, there was a large hail storm in Andover, we opened a case with our insurance with Arko Exteriors/Restoration as our contracting company. Several items were to be completed such as Gutters, Window/Door Wrap, Roof, and they were going to work with insurance on the damaged siding. The insurance company cut a check for the work which was signed right over to Arko (first mistake). Finally by September 16th, they started the roof replacement (3 months later) and still have not replaced the rain redirector sheet metal over the door. The rest of the work was NEVER completed and we have officially cut ties. This seems to be a very expensive roof replacement. Majority of the inquires went with no responses and we would be reaching out via email, text and calling about 6-8 times a month for 7 months. Promises were made but never complete. The last straw was a new case for internal ceiling damage from the moisture was basically denied due to lack of experience of the team. We brought in a third party professional with over 30 years of experience validating the claim with specifics. However, we received no support from Arko on the case. Repairs will now need to come out of our pocket. Finally, when we came back home in March from being away, we heard a loud banging in the back of our house. Investigating, we saw the roof drip edging hanging ready to fall off (see attached picture). Another fact is that with 5 of my other neighbors, 2 choose not to go with them due to lack of responses. One neighbor only had their roof replace and was happy. The last two neighbors had the roofs replaced around the same time but are still waiting for additional work and are NOT happy with the responses or work. Next door, it took Arko 6 months to check the siding, removed a piece and left it exposed to the elements. It took like a dozen calls to get them to cover it finally late February.

We take negative experiences very seriously. Our goal is always customer satisfaction. There are many issues with this person's review that we feel should be addressed. Many of the claims this person has made in his review about Arko are categorically false and unfair representations. They are addressed below and a timeline of events as well. The photo the reviewer attached to this review was not part of the scope of work performed. Also that damaged most likely happened by wind. No fascia was performed by Arko.
5.0

From the beginning to the end of the job, the staff from ARKO was incredible. The project manager, Mike, worked with our insurance adjuster to make sure that all damages were included. Their work was completed in a timely manner and they cleaned up perfectly. Honestly, I was dreading having the roof replaced and the interior damage repaired but ARKO managed to make the process easy and painless. I would highly recommend them!

The home repair process was smooth and well coordinated and communicated by the Arko Exteriors representative, Mike Maki. The Arko Team helped me with the insurance claim process, answering all my questions and taking care of any concerns. All repairs were done to my satisfaction. I highly recommend Arko Exteriors!

It went phenomenally, they were very easy to work with, very responsive to questions, kept me in loop throughout the process. Casey is top-notch and i would recommend this company to anyone.

They were great. Attention to detail was top notch. Greg was always on top of everything and was always available if I had a question. I saw many other companies in our neighborhood and their projects seemed to take a long time. Our roof was done in a day, all materials cleaned up and hauled away the same day. No ugly dumpster in my driveway like many of my neighbors. All others items were done in a timely manner and always cleaned up the same day. I will use them again and would highly recommend them to anyone I know!!

Description of Work
Roofing, Windows, Gutters and a Garage door.

They did a really good job. They did everything that they said they would do and in a timely fashion. They worked with our insurance company and they answered all of my questions.

Description of Work
We had a hail storm last summer, so they came out to fix the roof, siding, gutters, window, fascia and soffits.

This company was attentive to our needs. While a year later when others are still recovering from the storm, our house is like new again. Jon Ulness always made us feel like a priority and took my husband's phone calls 7 days a week. (Sorry about tht Jon) HE EVEN ANSWERED HIS PHONE WHILE HE WAS ON VACATION!! He is dedicated to Arko and what's more is that the is dedicated to is clients. Thank you Jon and Arko. They will always be our first call and recommendation to friends.

Arko Exteriors did an excellent job while installing our new roof. They were professional, on-time, and delivered on their promise. The roof looks great and the clean up was spotless. I would highly recommend!

Description of Work
New roof due to storm damage.

My home and mother's home were damaged by hail. We were referred to Arko and couldn't be more happy that we did. It was extremely easy to work with them. They handled everything from start to finish including working with our insurance company. They did a quality job with the repairs. They are really a wonderfull company to work with.

With 20 years of construction experience, this industry is second nature to me. I believe that true professionalism is born from the ability to work your craft with ease - always being a few steps ahead of the game, and knowing where to look for problems before they arise. As comfortable as I often feel on site and at the drawing board, I constantly expect improvement for myself and strive to perfect my work. With Black Bear Builders, you can expect to be cared for and respected as I help you in reaching your goals. Started in 1999, Black Bear Builders offers carpentry and general contracting services. The business accepts cash, check and credit cards.  …

Madison & Son painting is a third generation company. Have been in business for over 32 years. My name is Jim and I work on all my jobs with my wife Lona and my son James Jr. We all take pride in what we do and we are perfectionists in our work. No job is too small or to big, Call us for all your painting needs. Thank you Jim  …

Arko Exteriors Inc is currently rated 4.5 overall out of 5.