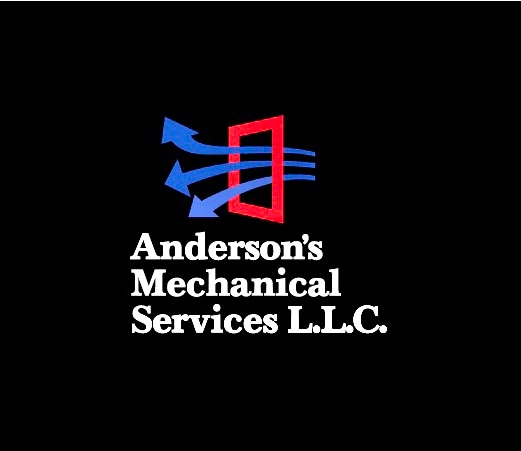 The husband-and-wife team behind Anderson's Mechanical Services LLC thinks HVAC repairs should be stress-free. That's why they've stocked their company with professional technicians who are fluent in all things maintenance, whether that's an office duct in need of cleaning a Gas Log Fireplace. To keep up with Minnesota's frigid winters, they regularly install cost-effective heating systems, can also make house calls to repair appliances including refrigerators, dishwashers, and clothes dryers....

horrible, washing machine door was cracked by workers, owner yelled at me when I asked for replacement, blamed my 72 year father for the length of the job, said I was giving half truths, they came back to repair the door, still doesn't work, owner once again yelled at me and called me fragile. Said that it was probably my run down washer. I asked why he felt it was necessary to yell at me, and he said it was the half truths and they lost a lot of money on the job. Unfortunately i did too and I still don't have a working machine.

I am not the person she spoke to with her complaints but I was in the room during her complaints and our technicians complaints the day of service on how they were treated by the gentlemen at the property. When she called in her complaint she was very rude to our office assistant and was talking down to her like she was uneducated. She began to speak slowly like she would be able to comprehend if she said it slower. Our assistant was very respectful and taking down notes to turn over to a person in charge. She wanted an immediate solution. Our assistant explained some one will call her back. She was not understanding about that. The client was not home during the initial appointment. We went there for the washing machine repair and the air duct cleaning. The original problem with the wash machine was repaired. It was leaking water, the wash machine is no longer leaking water. Her complaint was we didn’t move the washer back. Our techs were told not to by the gentlemen at the home. Her complaint was also that the door was cracked during the repair. We did not do anything with the door but she complained it was cracked. We replaced the door at no charge. She had mentioned the door wasn’t shutting correctly and she had to hip check it to work or slam it/lift it up to shut it for the machine to work. The part she is referring to is the door latch connected on the washer itself not on the door. She called about the door being scratched so we did replace it and no one yelled at her. After the door was replaced she called again wanting us to come back for free to fix the door latch she had been hip checking. We told her the part was failing prior to service and we will not come back for free. She continued to insult and be irrational. We ultimately told her to find another company. And we refuse to do business with this client.
4.0

I am Satisfied. They answered all my questions. They were very careful in regards of the issues around and they did very good.

Description of Work
Air duct Cleaning for my House

Thanks for your review we appreciate your time
5.0

I called to get a gas fireplace cleaning / tune-up. I was able to get an appointment within a week for my place in Bloomington with a two hour time window. Charlie and Aaron came to provide the service, and they gave me a call twenty minutes before arriving. They were very professional and completed the job within about twenty minutes. The total came to $107.07. I'll be happy to use them again.

thanks for the feedback love to hear it
1.0

It was a fail. I called to get an estimate and was ghosted. I guess they are not looking for business.

We were never contacted by this client. We have no record of this call. This is the busiest time of year. If you Leave or message or send a text we will get back to you in the order you were received.
5.0

Provided next day service, diagnosed and clearly summarized the problem, secured the necessary part and returned immediately to install, returning the appliance to working condition. Service efficiently and professional provided; estimate was given with no pre-payment required. Will use their services to address future issues as they arise with other appliances - and highly recommend this family-owned business to others.

thanks for your time to leave us a review
5.0

Andersons did a fantastic job. They responded quickly to the request for a bid and were timely in returning with the part to perform the replacement. The guys were so friendly and efficient.

It was our pleasure working with you thanks for your time today
5.0

thank you for allowing us into your home to service you furnace/Ducts
5.0

Great job, showed up on time, would definitely hire again

The work was fine. However, after they left, I felt like an idiot for allowing them to push me into buying other-related services that resulted in the price more than doubling from the estimate. I knew that $99 was low for duct cleaning, so I talked about what other charges there might be & added dryer vent cleaning and furnace cleaning making the estimate $199. The technician suggested cleaning the air conditioner compressor outside, the water heater & some part of the furnace not already covered. I agreed to these extra services & expected to pay for them. However, I don't know why there was more to the furnace than that for which I already agreed to pay. And, I consider the amount charged for these services to be way out of line. I was an idiot for agreeing, but I don't like having been put in that position and I think they saw a sucker & took advantage of her. I'd prefer to know about other potential up-selling when I am making the appointment. If that doesn't matter to you, their work seemed fine.

if we sell you other services there is no pressure to purchase these services and I am sorry you felt like an idiot but the price for air duct cleaning never changed you paid for what you were quoted.
4.0

I had already pulled dishwasher from enclosure so was easy to get too. After 20 minutes of trying to find leak, and after a phone call to main shop, I was informed that there was a hole in the bottom of the tub and unrepairable. I was asked how old the dishwasher was. Unfortunately, a new dishwasher is in my future after 3 years of limited use. I would be hesitant about buying another Whirlpool dishwasher. Also $115 for a service call in which only diagnosis was performed seems quite high.

We do charge $115.00 which covers up to two travel fees, diagnostic, and up to one hour of labor if repairable. We did discuss this with the client prior to arriving to the home so he was aware of all charges. Upon inspection of the dishwasher we did find a hole that was through the metal casing of the dishwasher. This is an unusual diagnosis. First ever 25 years.
5.0

They were absolutely excellent. I will be calling them again to clean the furnace.

Description of Work
They cleaned my gas fireplace.

thanks for your awesome review have a great day
5.0

Great. There was broken glass in the propeller.

will be our pleasure to service your fireplace again thanks
5.0

We had to have our ducts cleaned as part of selling our home. Andersons did a great job! The guys were very personable and efficient. The price was right too! We are planning to have them back to service our new home.

we appreciate your loyalty have a great day
5.0

They were great! They called 30 minutes before arrival. They were very professional and asked right away if we would like them to wear masks when they were going to enter our house. They did great work getting all of the vents in our house cleaned, and they also cleaned out the furnace blower motor, took a look at our AC< and cleaned out CO2 return for our water heater.

Unlike several other companies, they were very responsive and I got an appointment quickly. They came and did a good job, gave me some good advise for the filter and charge a very reasonable price

Thank you for your feedback. We appreciate your business.
1.0

John showed up at my back door, complained about parking, got angry when I asked him why he didn't park on the street, said "I'm out of here" and left.

That is not the truth. When I arrived to the home we used alley parking because of the busy street this client lives on and went to the side door to knock. The client came to the side door and said “ why are you coming to my side, I expected at front door.” I replied I am injured and parked in the most convenient spot due to my leg injury. And she continued to argue about which door I should have went to. At that point I told her to have a happy holiday and left. She was more concerned about where I should have park instead of letting us in to start the service. I scheduled her and she did mention what door she wanted us to use.
3.0

Two techs. First tech, did not clean under the fireplaces. He did indicate that neither remote was functioning. The second tech cleaning the ducts seemed more interested in selling additional services than reporting on quality of service delivered.

We apologize Greg feels this way about our service. We do have photos of both gas logs and do appear to be cleaned well. Same with ducts we did take photos looks great. I will reach out to hjim to see if we can correct any issues he is having sorry Greg.
5.0

Great work. Guys were really nice and they were done in about an hour!! Already have recommended to friends & family. A+

The technician called about 20 minutes before arriving, and they were on site for about an hour. They had both of the needed parts with them, and were able to resolve the issues with both appliances in the single visit. I am happy with the service, and would hire them again.

Description of Work
The dryer had intermittent heat and was not consistently drying clothes. The water valve inside washing machine had started to drip because it wasn't closing completely.

Jesse and Charlie cleaned and replaced necessary parts on our 20-plus-year-old gas fireplace. They were quick and efficient, and it was a real pleasure to deal with people who know what they are doing and do it well!