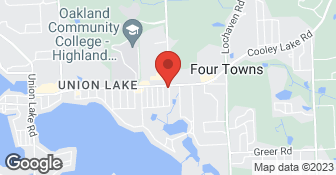 Description of Work
Phone numbers are all disconnected.

Description of Work
Accomodated all our requests, even though we had to make changes to the time schedule and locations that same week. Very professional and friendly.

Description of Work
They were very accommodating. When the limousine we ordered broke down, they upgraded us at no extra cost. Their prices were reasonable, and they were very prompt in dropping us off and picking us up, we were all very pleased with the experience. Some of the people in the party have already passed on their names to others for a limousine service.

The driver was very professional, arrived on time and was very personable during our trip downtown. After dinner he was available immediately after I contacted him and said we were ready to be picked up, he was there. His driving was excellent and once again as I said before very professional and extremely nice. We would definitely use this service again. I have mentioned your service to many of my friends to use.

Description of Work
Picked us up at a residence and drove to downtown detroit, waited for us to complete dinner, then drove us back to the residence.

We had a wonderful experience with Wilson Limo. We used their service on Monday August 11, 2014 during the crazy rain storm we had that caused freeways to be shut down due to flooding. Our driver Ken got us to the Palace on time by taking back roads! We arrived in plenty of time. He had to take the same way home and again, we made it without any road closures. I would absolutely recommend Wilson Limousine and when the need comes up they will be our first call. They are a great company to deal with and very fast response time!

Description of Work
We used Wilson Limo to take my 14 year old daughter and 9 friends to the Katy Perry concert at The Palace.

Used them for a wedding and they met and exceeded expectations. Rates very good value for the high end service with built in gratuity (less awkward). Bravo

Description of Work
Great service and great bang for your buck

Everything went perfect! Ellen, our driver arrived about 10 minutes early and was great. We had 5 adults and 4 children in our party and we had enough room for everyone to enjoy. Will definitely recommend and will call again! Thank you!

Description of Work
Contract with Wilson Limo to take family to the Tiger's game.

Description of Work
Everything Right! This company is a class act.

Description of Work
We don't use limo services often, but will definitely be calling Wilson Luxury Limos if we ever need one again. They were early, professional and we loved the contract as we rented it for our son's senior prom. Thank you for making a special occasion even more special!!

This was our second experience with Wilson Luxury Limo and our driver again was Ronnie. Again, he was punctual and ver accommodating. I would definitely recommend Wilson to others.

Description of Work
A Town Car sedan picked us up at our house in Clarkston and drove us to the Detroit Opera House for a showing of Porgy and Bess. After the show, we were driven over to Motor City Casino, for dinner at Iridescence and then back home.

The limo arrived at our house 5-10 minutes early. The limo was clean and well maintained and it was a very enjoyable night. We actually went about an hour over what we had contracted for, but it was no problem, we simply had to pay the overage charge. The driver, Ronnie, was very courteous and helpful.

Description of Work
Arranged for a 10-passenger Town Car limo to take four people from Clarkston to Detroit for my wife's birthday dinner at the Rattlesnake Club.

We had plans for 10 friends for a night at the theatre. Due to single digit temperatures, at the last minute we decided to hire a limosine service for the evening. I joined Angie's List to find a reputable limosine company (due to a PAST experience with a limosine company with a fancy website that was horrible, I proceeded with caution). We found Wilson Luxury Limosine and the reviews were excellent. I emailed Wilson Luxury Limosines and within 2 hours, Tricia called me to see how they could help. She had a limo available on the date, emailed the contract to me. She followed up and everything was all set. We had a last minute change in plans, we received a call from Cheryl to confirm, I am happy to say Wilson Limosine handled everything seamlessly. In addition to the customer service and follow up, the cars (yes, we ended up with 2 that night) were both beautiful, shiny clean on the outside (considering the roads were covered with salt), the inside were beautifully detailed, the drivers also made the night memorable for all! I'm thrilled I can trust the companies on Angie's list and will use Wilson Luxury Limosine for all future events.

We contracted one month before our event - sales rep on phone was responsive and professional - price of service was significantly higher than the 7 other companies we investigated (and our first choice was already booked), but Wilson had a high rating on Angie's List, they assured us that their vehicles were cleaner and better maintained than those of their competitors, and we got a $50 discount because hire was for a Friday evening - on the day of hire, the driver made our hearts skip a beat because he took an expressway route that proved to be longer than the street route - the hotel and church were within 4 miles of each other by surface street in a low-density area, but by taking the expressway on a Friday between 4:00-5:00 PM instead of the surface streets, the second half of our party, with bride, got to the church at the last possible minute (driver was contracted to make separate trips for the groomsmen and bridesmaids from the hotel to the church, within one hour; groomsmen were ready on time for the first trip, but limo arrived 10 minutes late) - limo was clean, but the driver's door malfunctioned several times Overall, our mission was accomplished, but next time Wilson will not be our first contact

Description of Work
On a Friday evening between 4-8 PM, our couple was married at a church in Corktown, Detroit, had photos taken at near-by Detroit locations, had their reception at a Detroit riverfront venue, and got ready for the evening at a riverfront hotel - we needed to transport a 14-person wedding party, in two shifts, from the hotel to the church, then the entire wedding party from the church to the photo locations, and finally from those locations to the reception - the hotel was 4 miles from the church by surface street

We were SO pleased with Wilson. The driver was wonderful and he was always ready to jump out, open doors, use the umbrellas (it was rainy), clean up, etc. We had split service, so in between he cleaned the limo and our friends said it was sparkling for their ride home. Additionally, he even helped pack up and take in our gifts! How kind! We give them a top rating and we'll definitely be using them next time we need limo service!

Description of Work
Pick-up bride and bridal party at home, take to chapel, take bridal party for toast to reception, split service (meaning come back later) to pick up bridal party and return them to bride's home.

WILSON LUXURY LIMOUSINES is currently rated 4.8 overall out of 5.

No, WILSON LUXURY LIMOUSINES does not offer eco-friendly accreditations.

No, WILSON LUXURY LIMOUSINES does not offer a senior discount.

Are there any services WILSON LUXURY LIMOUSINES does not offer?