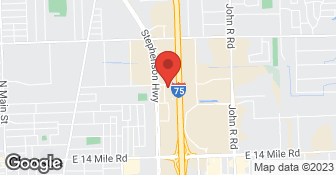 Kapalua provides hardwood installation and refinishing services in the Metro Detroit area. Their work includes high-profile jobs at the University of Michigan, American Axle, Delphi, and were featured on HGTV’s Urban Oasis 2017. Our focus has always been on maintaining a high degree of customer service coupled with the most up to date technology in the flooring industry. Joe, the owner, has been invited as an annual guest speaker for Lawrence Technological University’s Interior Design Program and at the Bona Certified Craftsman Convention. Joe is an active member in the National Wood Flooring Association (NWFA). He served on the NWFA Board of Directors, as well, as the Contractors Steering Committee and the Emerging Leaders Board. In 2017, Joe was honored to be receive the NWFA 40 under 40 award....

This is the third time we have used Kapalua floors and they have always done an amazing job. This time it was our entire first floor and we love the finished product! Top notch service and quality. Highly recommend.

Awesome job and very easy to work with. Highly recommend and wish we'd have done this earlier. The crew was on-time, kept a clean workspace, and made the process way more painless than I ever would have imagined. We had carpet removed in dining room/living room, hardwood installed, and the existing hardwood in the foyer/kitchen refinished. Zero complaints and honestly wish we would have done this years ago after how easy Kapaula made it.

Superior service with results beyond our expectations. The technician was polite and respectful of us and home. All rooms worked on had been recently painted and required almost no cleanups or touchups. The dust collection system used in the sanding process was amazing as well as the no ordor of the water based polyurethane. Thank you for a most amazing & wonderful experience and outcome.

We can't say enough about the wonderful job Kapalua Floors (and more specifically, Will, it's highly skilled installer/refinisher) performed. Everything was accomplished professionally, courteously and in a timely manner with a very critical eye to detail. Our floors never looked so good! We highly recommend Kapalua!

We contacted Kapalua Floors to refinish/repair the original 1965 red oak hardwood floors in our home (living room, hallway and 3 bedrooms) and we are so glad that we did! I called Kapalua after hearing about their professionalism and great work from a friend and Susi was able to come out within a few days to provide us with a quote. Susi arrived on time and was friendly and very thorough during her inspection. Our floors were previously very poorly refinished and stained black, so we were not sure if the floors could be saved. Upon her inspection, Susi determined that the floors were still in good shape and that they would be able to refinish them. I was very happy to hear that. After the inspection, Susi emailed me with a fair quote and instructions on next steps. We ended up removing the pony wall by the front door and asked if the floor underneath could be repaired. Susi was very quick to respond to my email and provide a quote. Our project was estimated to take a total of 4 days. Maurice arrived to our home early every day and worked diligently to sand our floors, while keeping us informed about the process. He also cleaned up and organized his equipment when he left for the day. Maurice was very professional, patient, and knowledgeable when we were deciding whether or not to stain our floors. He provided us with multiple stain samples and answered all our questions. We ended up not staining the floors and keeping them natural. Maurice and his supervisor also were about to fill the holes and repair the floor by the front door. I am so happy with how everything turned out and would recommend Kapalua Floors to my friends and family. I love my ‘NEW’ floors! Thank you Kapalua!

Was prompt for appointment - did not receive estimate promised via email.

I strongly recommend against using them because they do not stand by their work. It was a complete waste of money. They were great at first, super friendly, polite, punctual, seemed reasonably priced. They sold me on, and I received the "commercial grade" finish that cost more, but was supposed to be extra durable. Within just a few months, the finish started bubbling and peeling off with nothing more than ordinary use. Without even seeing the bubbling and peeling, over the phone, Pat began trying to attribute it to one of my pets who he claimed must've urinated in that spot. When he finally came by to inspect it, he realized that I would have had to have a pet elephant in order to cover that large of an area in urine. Then he tried attributing it to everything else he could think of other than poor quality product or application (even blaming the Roomba at one point). The end result is that they refused to stand by their work and refused to repair that section without charging me for the entire repair. And to make it worse, their responsiveness fell way down once I notified them that there was this problem. It took them two months to come out and look at the shoddy finish and tell me that they weren't going to stand by their work.

After reviewing all the details of this project, it is very unfortunate that it had this outcome especially after receiving such a positive (all A) review when the job was originally completed. The client did contact us 4 months after her project was completed. We were happy to come out and review the area in question and it was our determination that the damage is not a result of any known defect caused by the work that was performed. We explained this to the client and offered to repair the damage for a very minimal fee that would have been at "cost" to the company and she declined. Additionally, we offered the client the opportunity to have a National Wood Flooring Association Certified Inspector review the project and if it was determined that we caused the damage to the floor, we would fix it at no charge and pay for the inspection fee. As a company, we believe in standing by our work 100%. Does every job go perfect? NO. But no matter what happens, we are not going anywhere nor will we disappear if there is an issue. However, we cannot control a clients environment after the job and it's unrealistic that if a client damages their floor that we should be forced to fix it at no charge. Our offer is still on the table to the client that if she would like to hire a NWFA inspector, we will fix the damage at no cost if it's deemed our responsibility and pay the inspection fee. As for the delay in getting back to the client, I would like to apologize for that but it was our understanding that after her meeting with Pat everyone was on the same page, as to where we stood with the repair and no further follow was necessary. --- Joe Meyecic, CEO Kapalua Floors
5.0

We hired Kapalua Floors to refinish 3 rooms, hallway and staircase. They were here on time and completed the job in our agreed upon time frame. The crew was friendly and polite. They completed the work with no disruption to our household. Our floors were a mess, paint stained, animal urine embedded and loose boards. They sanded using machines that left no mess behind which made us happy because we had just completed drywall, painting and window washing. It's amazing, there is no dust anywhere! They made repairs where necessary and by the time they were finished our floors looked like new. This company was a class act from the first contact to the last. Before and after pictures below.

They did a great job. The gentleman that did the work was right on time and explained the whole process before he began. I would definitely hire again and recommend if anyone needs their hard wood floors refinished check with Kapalua Floors first.

Great! The guys did a fabulous job of restoring/refinishing the hardwood floors in our home. The 2 gentlemen who came out were excellent representatives for their company.

We specialize in sanding, refinishing, and installing all types of wood floors, using the highest quality of finishes: water-based and UV Cured finishes. We are the FIRST & ONLY company in MI to use the UV Light-Cured Technology for refinishing services. Hardwood floor contracting with FULL DUSTLESS EVACUATION Sanding System. Certified by the NWFA for sanding, refinishing, and installing. Our products are Greenguard certified. We are confident that our knowledge, talent, and dedication will leave you satisfied with our high-quality services. WE REQUIRE A MINIMUM OF 500 SQUARE FEET IN ORDER TO SCHEDULE WORK.  …

No License Required for Trade
Insured
All statements concerning insurance, licenses, and bonds are informational only, and are self-reported. Since insurance, licenses and bonds can expire and can be cancelled, homeowners should always check such information for themselves.To find more licensing information for your state, visit our Find Licensing Requirements page.
General Information
Free Estimates
Yes
Eco-Friendly Accreditations
Yes
Payment Options
Check
Warranties
No

How is Kapalua Floors overall rated?

Kapalua Floors is currently rated 4.9 overall out of 5.

What days are Kapalua Floors open?

Are warranties offered by Kapalua Floors?

No, Kapalua Floors does not offer warranties.

What services does Kapalua Floors offer?

Are there any services Kapalua Floors does not offer?