All Around Moving & Storage 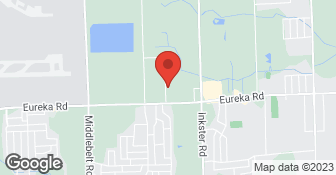 All Around Moving & Storage is a family owned and operated company since 1984. Providing quality moving services to families and business owners in Southeastern Michigan....

Excellent, Craig and his team were efficient and professional. Move went smoother and quicker than expected. Would use them again and would recommend the company. From the scheduling, follow through, packing and actual move - all aspects were competed above expectations!

Description of Work
Moving from Birmingham to Grand Rapids

Excellently! The men were professional and extremely helpful, getting the job done as quickly and safely as possible.

Description of Work
Moving services, which was a bit of a distance with a lot of "stuff"!

First, the sales guy is super nice and seemingly organized so I was prepared for a great move. But then, office staff got my order wrong literally 9 times, was unresponsive, and then... Movers caused trouble with my neighbors, forgot to load items, did not wrap bicycles and furniture sufficiently for a long haul move, and... Unbelievably, clogged my toilet and then pretended they never used it. When I finally called the office, the lead guy then had to be told by his manager to fix it before they got saddled with a plumbers bill. ... Three weeks later (post their ridiculously long window, so they were supposed to reimburse but didn't), a guy shows up with two guys who have never put furniture together in their lives and so instead of getting it right, they hid bolts and claimed their work done. Again, when I showed them the missing parts and called the company and showed them how to put t together, they finally did. In two words: stay away!!!!

Description of Work
Moved furniture and boxes from Michigan to Florida.

The movers Cory and Gary were great they called me at approximately 8:30am saying they were about 30 minutes from my home . To say the least I was ready, but they were great. They arrived at 9:15 introduced themselves and started working. The 26th was extremely hot and these 2 guys never missed a beat. The worked straight through for 6 hours. My daughter and I tried to help since we knew we hadn't prepare the way we should and all I can say is they were great. Nothing was damaged and everything went smooth as can be expected. I had not moved in over 12 years therefore I didn't realize how much stuff I had accumulated even when I thought I was prepared for the move we found that I really wasn't prepared. I would highly recommend this company to anyone who ask. Big thanks to Cory and Gary who were the best. You made my day by making this move go very smooth.

1. Driver arrived late 2. Hired 3 men and truck, only 2 hustled and the other stayed back in the truck 3. estimated 3-4 hours with 2 movers, took 4.5 hours with 3 movers 4. HIT MY CAR 5. Broke my thermostat while moving, Broke my poker set and damaged my dresser 6. apparently other than the hourly rate, they have a service fee - which they call "Fuel charge" 7. Now i have to contact them back and deal with my insurance to fix my car and my issues NEVER AGAIN!!!

Description of Work
1. Driver arrived late 2. Hired 3 men and truck, only 2 hustled and the other stayed back in the truck 3. estimated 3-4 hours with 2 movers, took 4.5 hours with 3 movers 4. HIT MY CAR 5. Broke my thermostat while moving, Broke my poker set and damaged my dresser 6. apparently other than the hourly rate, they have a service fee - which they call "Fuel charge" 7. Now i have to contact them back and deal with my insurance to fix my car and my issues NEVER AGAIN!!!

Our moved went perfectly well. Jim came and did the in-house assessment and worked with me to have the delivery of the furniture exactly when I needed it. Our driver, Ovi and his crew did a great job despite the freezing temperature. Would recommend them to all my friends and would definitively use them again!

Description of Work
Moved my 4 bedroom house from Livonia MI to Chesterbrook PA.

Thank you, [removed member name]! We wish the best of luck to you and your family in your new residence!
1.0

Well where do we start with these clowns.. |Owner comes and gives me an estimate for weight and approx cost to move about 8 miles. So, local move. Estimate was pretty quick after walk around the home. | |Day of the move | |Drivers were to show up at 8am. They waltz in at 10:30am with some excuse about truck problem. Next, I'm looking at the truck they sent and in my mind I'm how in the heck will all our stuff fit into this small truck as opposed to a semi. Furthermore, they sent a crew of 4 instead of 5. Their own crew supervisor was complaining about the fact that the weight of the move was 6-7000lbs more than the estimate. Welcome to bait and switch ! What was supposed to be a 7-8 hour quoted move took 13+ hours wrapping up at midnight. My move wound up being $1800+ as opposed to the $1000 they had quoted. Took three trips. The response from this company was well I had many more boxes. When confronted with facts about most boxes were 11x16 small ones and about 40 more, how did the extra 6-7000 lbs of weight box balance ? Even without the boxes no way was my move going to be 7-8 hours. | |This is by far the worst company with unethical practices. Low bid, then send a smaller truck, fewer mover and bill you by the hour. After I complained to the owner his response was 10% off the bill, completely laughable. | |Despite all the issues, did tip the crew since they did an admirable job. | |Never again...Complaint already filed with BBB and my credit card company

Description of Work
I used All Around Moving & Storage

We are very sorry about your experience went with us. We do a lot of estimates and do not really remember yours in particular. We generally have a 90-95% estimating accuracy. In my research of this move, I pulled the Order for Service. This document is the exact document you would've received from your salesperson after meeting you in your home. This document does state that you were originally scheduled for a 4 man crew and a 26' truck. Which is what you received. Also, in this document it states that the estimate is non-binding. In some cases, on the day of estimate, the homeowner will have plans to move "all the small items" and in some cases this just doesn't happen. When we do non-binding estimates, this is usually why. Although your move did run over estimate, at the end of your review you mentioned the crew did an "admirable job", which is our ultimate goal. 10% was refunded in good faith and we hope that you can look past this miscommunication as they are uncommon.
5.0

The 2 gentlemen sent over were efficient, courteous and careful with all of my belongings. They packed everything very carefully into the truck, and asked if I'd mind if they took a break for a quick lunch before going to my new home. They arrived a short time after that and were still upbeat, efficient, careful with my belongings. They had a lot to bring in and put everything where I directed them to. As tired as they were after this ordeal, they were still pleasant and great to deal with.

Description of Work
All Around Moving & Storage, Romulus, MI, moved my furniture, boxes, etc., from a storage shed to my new home. There was a lot!

Thank you for the great review. We hope you will use our services again and recommend us to your friends and family.
3.0

I was not happy because I had to bring it back the same day. The service was horrible. I reserved a 20 foot truck and ended up with a 17 foot truck.

Description of Work
We rented a truck from them for seven hours.

We are a family owned and operated company specializing in residential and commercial moving. We provide packing services and supplies, (boxes, paper, tape ect.). We also provide floor protection and padding of all furniture. We also disassemble and reassemble furniture, (beds, mirrors, fitness equipment ect.). We move pianos and gun safe's (up to 600 lbs). We do in-house moving as well. Big or small we move it all. We provide professional moving services at a great price with a smile.  …

Give us a call today for your Moving needs!  …

We have more than 37 years of experience in this industry. We have the experience and dedication to bring your dreams to reality! Specializing in Moving Services, we guarantee your satisfaction, and we won’t leave until the job is done right. We pride ourselves on the quality work we provide, while delivering great customer service! Call or click to schedule a free estimate today! Contact us at 1-800-874-9626 in Superior Township, MI, to learn more about our moving company.  …

Frequently Asked Questions & Answers about All Around Moving & Storage

How is All Around Moving & Storage overall rated?

All Around Moving & Storage is currently rated 4.2 overall out of 5.

What days are All Around Moving & Storage open?

All Around Moving & Storage is open:

What payment options does All Around Moving & Storage provide

Does All Around Moving & Storage offer free estimates?

Does All Around Moving & Storage offer eco-friendly accreditations?

Does All Around Moving & Storage offer a senior discount?

Yes, All Around Moving & Storage offers a 5% senior discount.

Does All Around Moving & Storage offer emergency services?

Are warranties offered by All Around Moving & Storage?

What services does All Around Moving & Storage offer?

Are there any services All Around Moving & Storage does not offer?