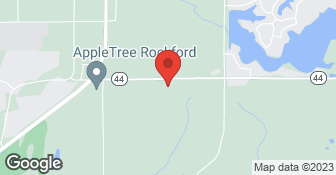 Service Professor is one of the largest home service repair companies in West Michigan! From our base in Grand Rapids we serve more than 15,000 residential and commercial customers in 7 counties providing your electrical, plumbing, heating and cooling, and sewer service and repair needs. When it comes to creating the very best customer experience, few compare to Service Professor! Our commitment to providing exemplary service is the foundation of our business model and the driving force behind everything we do. Choose the team that values transparency and integrity and stands behind the work they do.  …

Specializing in electrical services! We always guarantee your satisfaction and won’t leave until the job is done right. We take pride in ourselves and on the quality work we provide, while always delivering great customer service! Check out our services offered, then call --or-- click to schedule a free estimate today!  …

Installed a chandelier that was approximately 17 feet from the floor. A large fan with light was put in a drop ceiling. A motion ceiling light was also installed on the front porch. Excellent service and would not hesitate to use again.

Description of Work
Installed a chandelier, motion light and fan.

This was the second time Ron has done work for us and we will not hesitate to call him in the future.

Description of Work
Installed a new cable outlet, moved a switch and repaired an electrical fixture.

He was very prompt on both the estimate and the work. His estimate was fair, and he brought up ways that we could save money on the project. Was punctual and showed up exactly when he said he would. He made the process incredibly easy--he worked with the inspector and consumers energy...arranging their visits on the day of installation so our power was only out for the minimum amount of time it took to install the board.

Description of Work
I had Ron install a 200 amp service and an outdoor generator switch into my 110 year old farmhouse.

When he visited to make the estimate he was very careful and methodical about reviewing the work to be done. About a week later I received a written estimate. I agreed to proceed with the outdoor lighting, but decided not to have the heat cable installed at this time. He also recommended that at one location I install a photocell light instead of the motion sensor light. Hanging baskets and evergreen trees that blow in the wind would constantly set off the motion detector. He selected a day that the weather appeared to be good for outdoor work and installed the two motion detector lights. In our discussion, we decided on a smaller photocell light. (I Don't want to light up the whole neighborhood). The alternative light will take two weeks to come in to the distributor, at which time Ron will return to install it. The motion detector floods that he installed are working well. He is capable and professional and has all the tools and equipment required to do the job.

Description of Work
I called Ron Lenartz and requested an estimate to have heat cable installed on my roof and three motion sensor flood lights installed on the exterior of my home.

Ron was very personable and pleasant. He came in and got right to work fixing the light switch. We asked him about adding outlets outside, in the front of our house. He looked at our house and described how he would go about doing that. After he left, we discussed it and called him to ask him to do the work for us. He came back in a couple days and did the work. Ron was right on time both times. He didn't leave any mess. This was our first time hiring an electrician, and Ron made it a pleasant experience.

Description of Work
Ron repaired a finicky light switch and added two outlets on the outside of our house.

WE DEAL WITH THIS COMPANY WHENEVER WE NEED ELECTRICAL MAINTENANCE DONE. THEIR SERVICEMEN ARE VERY FRIENDLY AND RELIABLE. THEIR PRICES ARE ALSO VERY GOOD TOO.

Description of Work
THEY CAME AND REWIRED MY OUTLETS.