Sun Home Improvement is family owned and operated for over 30 years! We start and complete our jobs on time and use only our own professional trained installers. Additional email - info@sunhomemi.com Additional phone number - (734) 354-9988... 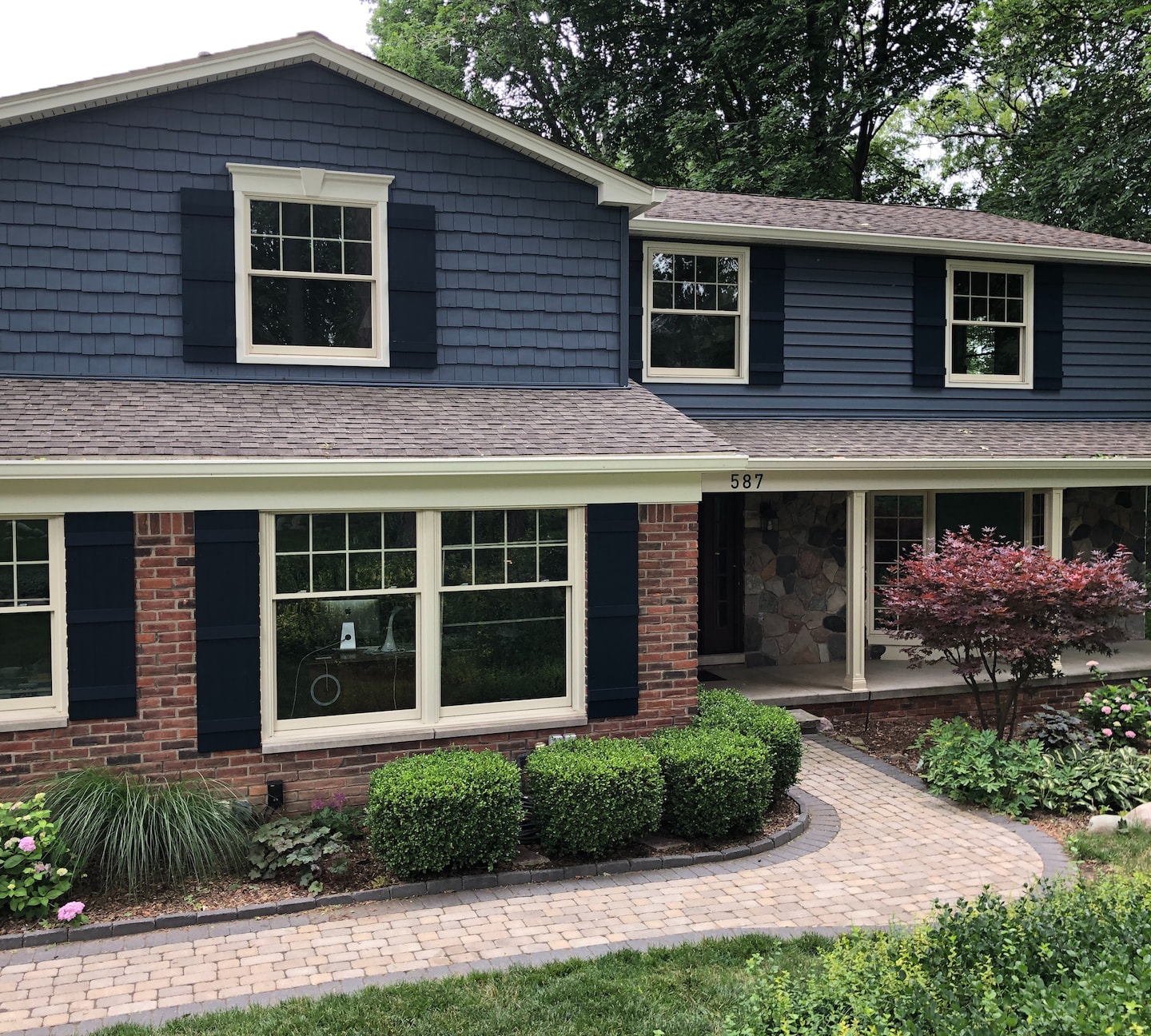 It is pretty unsettling when you allow a company to create a bunch of holes in your house to install replacement windows. You hope you can trust them to have restored the integrity of your home when they are finished. Sun Home Improvement provided quality replacements windows that were a huge improvement. But what really impressed me was how the company stood behind their product and services. Had two problems. A window had been broken in shipment. It happens. They contacted me and said they had already ordered a replacement to install as soon as it arrives. Second problem was the patio door had a flaw in the glass that was not easy to see but cracked several weeks after installation. I sent them a picture of the crack. They ordered a replacement door and installed it with no hassle. Problems happen. What you want is a company that makes it right when problems come up. Sun Home Improvement is a stand up company that stands behind their work.

Description of Work
Full replacement of 8 windows and patio door

The estimate was very good and timely.

I conducted a thorough review of companies for this work and obtained 4 separate bids. The quality of the window (factory is in Monroe MI), professionalism of the family staff and the customer service of the installation team was second to none. Thankful I chose them!

Provided contractor who does glass block

Provided contractor who does glass block

Sun Home did a fantastic job, they exceeded our expectations and we have a house that looks brand new. Their attention to detail and customer service are phenomenal. We highly recommend them.

The project went well. I was kept informed when there was a delay in my windows shipping from the manufacturer, and rescheduling the installation was easy. The day of the installation the crew arrived on time and worked efficiently to install my windows.

I can't say enough about Sun Home Improvement. From the very beginning until the end, they were not but professional. No pressure, great communication and outstanding quality work. The windows and doors were installed perfectly in two days and look beautiful. Chris and Danny did an amazing job on the siding, their attention to details and workmanship went above and beyond my expectations. I cannot be happier with my decision to use Sun as the contractor to make my house look new again and would highly recommend them to anyone looking to get this type of work done. Thank you Sun Home Improvement, job well done!

When he arrived to provide a quote, he indicated thatSun Home Improvement does not do siding repair.

Hello, just to clear up a few things, we spoke only on the phone ( no one from Sun Home was out to your home) and we advised you then that we do not do siding repairs. Sun Home improvement did no work on your home or provided any estimates for work to be preformed. Im sorry that we could not help you in this repair situation but i feel to rate us a C based on a simple phone call for work we do not provide is kinda harsh? We wish you the best of luck with your project and hope you use Angie's list for your repair contractor also. Thanks for your time.
5.0

Outstanding in quality of materials and workmanship. Separate crews for Windows, Siding/Porch Posts and Gutters. All crews were polite, knowledgeable and great to work with. Any time they came into the house they removed their shoes. Vinyl siding - To avoid the wavy look you so often see you want top quality siding and folks that know how to properly install. Sun uses top quality .046 thick vinyl siding and crews that install it right. Had several other quotes from other companies and the vinyl siding was the same brand but the lower quality/thickness model. Highly recommend!

They did a fabulous job. They were neat and clean and were easy to work with. We would highly recommend them.

Description of Work
They replaced all the windows in our house.

Outstanding job! Very easy to deal with the company. Jim came out to give a quote. Everything was discussed and clearly explained. Jim was able to get exactly the window we needed (and also plan was to replace siding in the small section of the house). The price was very competitive (I had multiple quotes). We agreed on the project, date was set and the job was performed on the set date. The quality of work was excellent, great attention to detail. They cleaned up at the end. I cannot ask for anything more. Very satisfied with the work. Would certainly hire this company again.

We are very happy with the work done. Our house has a new look. Sun home improvements was very professional and very efficient.

Sun was professional with a quick and reasonable quote, starting work early (even in cold weather) and finishing the job ahead of schedule,

Description of Work
After a variety of unsuccessful attempts to get rid of a woodpecker boring holes into my attic, Sun came out and installed Hardie Plank siding.

Excellent! From the start they were professional, responsive, and very helpful.

I worked with James via the phone, email and mail for the most part. I was living out of state and preparing to move into the house after relocating from Houston TX. This added a level of complexity to the effort that they easily worked around. Measurements and final measurements were taken. The windows were ordered and came in earlier than promised in about 4 weeks. Installation was scheduled and went off without a hitch. They even cleaned the windows that would be difficult to reach without a ladder before leaving. The finished look was leaps and bounds better than what they replaced. The new windows were also a lot quieter, meaning noise from the outside was more dampened. And the ease in cleaning and operation of the windows is a welcome improvement. During the subsequent renovation (just weeks into owning my new windows), the demo crew (not associated with Sun) took a short cut and used one of my brand new windows as a garbage chute - throwing demoed tile, flooring and who knows what else through it and into a dumpster outside. Of course they damaged it and I was furious. The general contractor was going to buy me a new window on his own dime. But when he called Sun, they sent someone out to take a look at it and were able to repair the window instead of replacing it. So, service after the sale is something they do well, too. Even when it's something stupid that's not their fault. Thank you Sun!!

Description of Work
We were working on a renovation of a 28 year old house with 28 year old windows. Many of the windows were very drafty and/or had broken seals. We needed replacements for the entire house as well as extension jambs and casing for a more finished look. We ended up with 6 new Sunrise vinyl windows with opti view screens and all new jambs and casing.

This company may be good at some things but they should not be listed under roofing. They emailed me to say they aren't providing the type of service I am looking for. Since there is nothing special about my roofing job it seems like listing them under roofing is just a waste of everyone's time. Instead of wasting my time waiting to hear from them I would have contacted an actual roofing contractor.

[Member Name Removed], I am sorry that you felt this way, At this time we are not able to take on any additional roof work. I run a very dedicated roofing crew and occasionally we can get booked up, at that point we feel it is best to focus on providing our current customers with the level of service that they have already been promised. I don't feel we wasted anyone's time since we informed you of this immediately when you contacted us. Thank your for your respectful review
5.0

Very happy with the results. The crews performing the work were very conscientious. They cleaned up the site every day. The work was top-notch. The project manager, Dave, stayed in touch and kept me updated on the plan / activities. Owner, Jim, was very good to work with. Not a high pressure sales experience. They made sure we were fully satisfied. Would use this company again in the future.

Extremely happy with picking Sun Home Improvement to purchase and install 18 new windows in our house. Working with Jim throughout the quoting process was a breeze (and never felt pressured into picking one brand of window over another one). Work was completed in a timely and professional manner. They were also kind enough to pre-deliver all of the wood trim so I could have it pre-painted prior to installation. Would definitely consider Sun Home Improvement (and highly recommend) for future projects.

Very satisfied. Windows were installed first and then the siding. Good customer service. Very happy with the new look.

Description of Work
Windows and Siding

all was well. I wish the lead testing had been done before hand though. I have two children, one young and I wish this issued were discussed before the day of the installation.

Scott and the crew did an A-1 job. Quick,efficient and timely.

They were wonderful. They were on time, they cleaned up after themselves, and when we're ready to have the other half of the windows done, we'll use them again!

Description of Work
They replaced 21 windows.