BACK TO NATURE LAWN CARE LLC 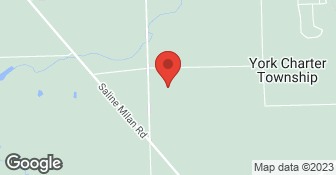 Our billing options are convenient, we accept Visa, Mastercard, Discover,and American Express. We also have bill payment on line, through our website Backtonaturellc.com. We now offer Auto pay options.

Unethical business practice. Charged for services at a property that we weren’t living at. Tried talking to the company and the only line they kept repeating was that they usps mailed a letter in Dec 21 for prepayment of services performed in spring 22… we weren’t at the property, they have no documentation of delivery, and it was in the middle of the holiday season when the usps was having issues as it was. I asked for documentation of an emailed letter … they didn’t provide it. Only a link to the hard letter that was reportedly mailed- with no date nor time stamp. It was never emailed. Despite being a customer for years, they have taken a turn for the worse. CONSUMERS BEWARE! Many other companies available. I’d recommend going with them.

I would not recommend this company. I use to have Tim's lawncare and he was excellent. But BCN bought his company, so I switched to them. Besides the normal applications, I hired BTN to do overseeding of my lawn. Once they finally showed up, they left a mess on the lawn, which I had to clean up. Most of the seed ended up growing in my berms, and not the lawn. They also did the overseeding after their company applied weed killer, which they said should not have happened. I also had told them that there workers were always in such a hurry when doing the periodic applications, that they would leave skid marks all over the lawn. They promised me it wouldn't happen again. Because of the problems I was having with the company , they came out in the Fall to redo the overseeding free of charge. Again a poor job with more skid marks in the lawn. When I would email or call, I would get contradictory responses from different individuals. It was my opinion that this company has grown so big that they cannot take care of their customers properly. I have switched to a smaller company for this year.

Description of Work
Seeding and yearly application to the lawn

It's been continuous over the past couple of years. $250 a year. Once a month in the summer. It's been fine so far no problem. They are good.

Description of Work
Back to Nature Lawn Care. Fertilizing, irrigating.

Description of Work
Very, very well, nicest people to work with ever! Would recommend to anyone who wants great communication, great service, and quality product.

Description of Work
I have an annual contract with them which includes grub and four treatments a year. This is my first year using their services and they are wonderful.

I filled out the online form on 8/12/13 and the next day they showed up. no call, but it wasn't a big deal. I met with Terry and he said not to aerate until the spring since we had just put down new sod 2 months prior. I am happy that he didn't try and force me to aerate when i didn't need it. he said he is going to send me the price and honor it in the spring time (which i hope he does). He told me a price to fertilize, but i usually do my own fertilizing. i plan to call them back in the spring to possibly get the work done

Description of Work
estimate for core aeration of front lawn

They did a good job but they weren't very attentive and were expensive.

Description of Work
They fertilized and treated our lawn.

Despite the agreement for spot-spray only of weeds, came home to first application in 2010 and could smell the "typical" lawn treatment. Contacted person that applied the product and he acknowledged this had been done because there were many weeds. We were not asked ahead of this. We didn't want this type of product on our lawn. I was assured it would never happen again. Twice in 2011 I came home to the same smell after application. This spring there is barely a weed in the entire yard. Having done spot spraying myself for ten years I know it does not work to this extent. Although I was told they didn't do a broadcast spread of weed control in 2011 I just find this hard to believe. My Wife never saw spot spraying when they were out and I recognize the smell fo the broadcast spread. I did not renew for 2012.

Description of Work
Used this company in 2010 and 2011. Signed up for organic lawn treatment with spot spray only of weeds.

I have been using them for about one year. So far they have been pretty good; but we will see. Their punctuality and price is good but they do not leave a note outlining what they have done after they finish. They come when they are supposed to and their price is competitive. I will use them again in the future.

Description of Work
I use Back to Nature Lawn Care for fertilization of my lawn, trees and shrubs. They also aerate my lawn.

Last year the price was $282 and this year the price is $290. I compared them years ago and they were the most reasonable. I have them call me the day before so I can let my neighbors know because we have cats all over the neighborhood and they always do. I will continue to use them.

Description of Work
I use Back To Nature Lawn Care to make my lawn look green and there are no weeds. They also aerate.

We have the experience and dedication to get the job done right! We guarantee your satisfaction, and we won't leave until the job is done right. We pride ourselves on the quality work we provide, while delivering great customer service! Call or click for your FREE estimate today!  …

We specialize in outdoor cleanup - snow removal, gutter cleaning, roof cleaning, etc. We guarantee your satisfaction, and we won’t leave until the job is done right. We pride ourselves on the quality work we provide, while delivering great customer service! Call -or- click to schedule a free estimate today!  …

AAV Doors is equipped with expert technicians, we pride ourselves on the ability to adapt to your needs. AAV Doors is prideful of their ability to make every door work properly while still looking great! AAV Doors can customize your garage door tracks to allow your doors to clear in any situation. AAV Doors is owned and operated by a skilled technician, with 5 years experience!  …

Back to Nature specializes in the over all nutritional health of your lawn. We offer up to 7 applications annually, starting in early spring and going through the season until November. We offer grub control, and Mole control. We offer Core Aeration, and overseeding, some pest control. and Tree applications.

How is BACK TO NATURE LAWN CARE LLC overall rated?

BACK TO NATURE LAWN CARE LLC is currently rated 3.9 overall out of 5.

What days are BACK TO NATURE LAWN CARE LLC open?

BACK TO NATURE LAWN CARE LLC is open:

What payment options does BACK TO NATURE LAWN CARE LLC provide

Does BACK TO NATURE LAWN CARE LLC offer free estimates?

Does BACK TO NATURE LAWN CARE LLC offer eco-friendly accreditations?

Does BACK TO NATURE LAWN CARE LLC offer a senior discount?

No, BACK TO NATURE LAWN CARE LLC does not offer a senior discount.

Are warranties offered by BACK TO NATURE LAWN CARE LLC?

No, BACK TO NATURE LAWN CARE LLC does not offer warranties.

What services does BACK TO NATURE LAWN CARE LLC offer?

BACK TO NATURE LAWN CARE LLC offers the following services: Back to Nature specializes in the over all nutritional health of your lawn. We offer up to 7 applications annually, starting in early spring and going through the season until November. We offer grub control, and Mole control. We offer Core Aeration, and overseeding, some pest control. and Tree applications.

Are there any services BACK TO NATURE LAWN CARE LLC does not offer?