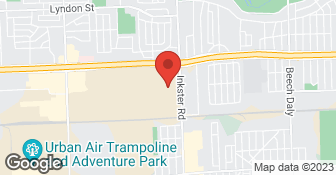 We do not use sub contractors, we do all of our own work in house to ensure the highest quality of workmanship.

Not well no one ever contacted me.

Description of Work
I was looking for a quote and no one ever contacted me.

Mixed review as I have contracted Wild Brother for prepaid annual snow removal for the last several years and, up until this year, have never had a problem. The work was completed in a timely manner and as promised. However, they were a no show the last two snowfalls and I was unable to reach any one at Wild Brothers either by calling the office or by cell phone several times. Wondering if they have gone out of business and not advised customers who prepaid.

Good -- Have hired for the season. One complaint: grass cutter cut through newly seeded ground and left deep tire ruts. This was totally careless as he could have crossed over the area by going out to the street, some five feet away.

I didn't have a fall cleanup so the yard was pretty cluttered. They had a crew of about seven people, so it was a lot of work. They were gone in about an hour, so they worked pretty fast. They did a really good job at cleanup. My house was starting to look rough and now it looks nice.

Description of Work
They cleaned up my lawn. They also did the gutters. I had some trees that they cut the branches from.

A lot of work but the Wild Brothers showed up with a crew of 7 - out within 90 minutes.

VERY unprofessional. Please, people, DO NOT contract with them unless you are a commercial business. Residentials are given LOW priority, according to an actual conversation I had with the brothers. They sure do love to get your money up front, though!

Description of Work
Very little. They were paid in advance for snow removal. We had to call them each time it snowed - they never came out on their own!

(Removed member name) in no way did we take your money and not plow your drive.We have never ever done that in the 13 yrs we have been plowing. We plow our residential homes when their is a continous ammulation of 2 INCHES or more. Each house is part of a service route that we try to have plowed out within 12 hrs of the snow STOPPING.We send trucks out imeditaly. Not everyone can be first and not everyone is last on the route. Everytime your husband called we were already out plowing, we would answer the phone even though we are plowing to talk to him. on each call we would imediatly send the nearest truck from their asigned route to plow him out because of his impatience of it not being plowed fast enough. The last time he had called thier was less than 2 inches of snow that fell during the morning and early afternoon. It was very warm temps rising above 32 degrees was starting to melt just a little and by 4 was going to refreeze. We went ahead and started plowing everyone knowing from experience that it would have been icy mess. He called around 6:30 pm while out in the truck plowing never said who he was or where he was from. He was yelling and saying his wife got stuck in th driveway when their was less than 2 inches of snow. I tried to ask who he was he wouldnt let me talk to the point it made me so frustrated that i may have said things that i shouldnt have i do appolgise for that im sorry. I have many friends that are in the business and we mess with each other alot, by prank calling each other. I thought that (Removed member name) was a buddy messing with me because the way he was treating me on the phone not telling me who he was and then at the end of conversation saying F it im going on online to write a bad review. I tried calling the number back that he called from and it was from a public library so i couldnt find out it was legit client or buddy messing around. i wanted to appolgise. I dont appreciate the bad reviews we could have talked this out, i didnt find out who it was that called untill he posted several reviews elsewhere online. I hope that u can see my side of this we run a good business as u can see from all of our other reviews. I
5.0

We hired the Wild Brothers to do our weekly lawn maintenance and they've done a great job. When it got too hot and the lawn wasn't growing as quickly, they skipped a week to keep from damaging the lawn. They work quickly and are the best deal in town.

Ryan and his crew do a great job, every time.

Description of Work
I have a service contract with them to cut our lawn, they do a great job, and did a great job last Summer season as well.

I'm very satisfied with Wild Brothers' handling of my lawn service and snow clearing. They do what has been agreed upon, they do it with a high level of quality, and they do it for a fair pice. The bookkeeping is also straightforward - they send me an itemized statement, and the one time I had a question, Jan was able to answer it quickly. I'd recommend Wild Brothers. I'm asking them to look at some other projects such as pressure washing, some regrading work, etc.

Description of Work
This is my second summer with Wild Brothers for lawn service. They also handled snow clearing for me this winter.

We were relieved to contract ahead of the winter season with a company that got good reviews on Angie's List. Unfortunately, our experience wasn't what we hoped for. We've had to call for service (it's supposed to be automatic) several times. On the day of the biggest snow (in Feb.), we missed work because we weren't plowed out (after calling) until mid-day after the snow stopped. We expected all plowing to be done overnight/early morning as the contract stated. Today (3-3-15) we got stuck in the driveway. We were not plowed. When we called, we were told that business plowing is the priority, not residential, and it's going to warm up. ?! Granted, the contract states over 2 inches of snow. However, it would have been good business for this company to plow after 2 or 3 smaller snows to keep our driveway and sidewalk clear. We will not use this company again, and we do not recommend them for residential snow removal. We willingly pay people who do good work; we can't afford people who don't.

Description of Work
Contracted for snow removal for the 2014-2015 season. The price was pretty reasonable for the season: $300, for 10 plowings, over 2 inches of snow, for driveway and sidewalk.

Ryan and his crew are great, very responsive and flexible.

Description of Work
Providing weekly lawn care maintenance for us, and doing a great job!!

The Wild Brothers are wild, indeed! They established a very professional contract with us so we would have no misconceptions on either end as to what was expected, and delivered as promised. After a big snowstorm, they would arrive like elves in the night so that when we needed to leave the house in the morning, our sidewalk, stairs and large driveway had been cleared. Bless them! We are now going to look into what they might offer in lawn maintenance as it's good to know we have someone we can rely upon.

I could not be more pleased with this company! They are efficient and very reliable. I've used two other snow removal companies in the past that were less than timely and quite sloppy.

Called to get snow removal stated was to busy didn't want to do it.

They charge $21 per grass cut and $275 per year for snow removal. They're very good. His brother came back to work with him and now that he's come back they have improved greatly.

Description of Work
They do the landscaping and snow removal for our home.

They were very good and always on time. Just excellent. They came right after the snow and cleared our walk and our driveway. We have recommended them to our neighbors.

Description of Work
We used them for snow removal for the whole winter season.

We used them for about 7 years. The service is really good, but their professionalism has been awful. Now, they seem to be losing a lot of business and it seems to be changing the owners attitude. They have been sending us invoices from months and months ago that we have paid. He was very rude to me on the phone. They used to do all the edging and smaller things without us asking. Now they forget all together and I have to do it all myself.

Description of Work
They maintain our lawn.

They did not do the type of work that I needed.

Description of Work
This was for an estimate.

They are very reliable and the cost is pretty reasonable. They are basically good guys.

Description of Work
Wild Brothers are our lawn guys and I use them ever summer and winter for both snow and lawn.

At Brick & Level we specialize in brick restoration, from chimneys, porches, steps, tuckpointing, and block work. We have experienced masons on all projects. we strive to give each of customers a exceptional experience from the moment they call until the project is complete.  …

We are a familiy owned and operated, licensed and insured business with over 30 years experience! Whether it is a small restoration project or a new, custom patio, we take great pride in what we do and the work shows! When it comes to standing out, of course its all about quality workmanship, but we take extra time on the details and clean up! We have always enjoyed the challenge of the work and seeing the expression on our customers faces when they see a completed project!  …

We are a small, family owned company with 4 employees fully licensed and insured. We accept cash, check and credit cards as payment. We can also finance your payments as well. We generally don't accept payment until the job is complete on smaller jobs, on larger jobs however, we can work out a payment schedule based upon the amount of work completed. We pride ourselves on our ability to communicate with our customers to assure their complete satisfaction throughout the entire experience.  …

Insured
All statements concerning insurance, licenses, and bonds are informational only, and are self-reported. Since insurance, licenses and bonds can expire and can be cancelled, homeowners should always check such information for themselves.To find more licensing information for your state, visit our Find Licensing Requirements page.
General Information
Free Estimates
Yes
Eco-Friendly Accreditations
No
Payment Options
Check
Senior Discount
10%
Emergency Service
Yes
Warranties
Ask for details

No, Wild Brothers Outdoor Services LLC does not offer a senior discount.

No, Wild Brothers Outdoor Services LLC does not offer warranties.