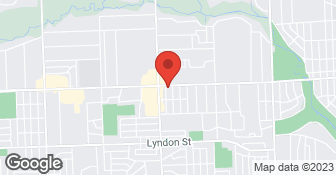 We are a general contracting firm that specializes in remodeling projects, additions and insurance work. We are available 24/7, seven days a week. If you have an insurance claim due to fire, water, wind or smoke, we are the ones to call. We give free estimates and will work with you when it comes to paying your deductible. We have done work for insurance companies such as Farm Bureau, Auto Owners, AAA and Citizens, to name just a few. Our response time to you from the initial call,is in as soon as 2 hours. We will provide references upon request, along with photos of previous jobs....

I was extremely pleased with my experience with Action! I called Action after receiving a quote for $700 more from another company and after calling countless plumbers who did not repair secondary damage caused by a leak. I received a call back from Action within a day of my initial call and the project manager came during my lunch hour to survey the damage to provide an estimate. I really appreciated this as other companies I contacted would only give me a window of time. I heard back a few days later and received a written proposal that clearly spelled out what would be done. I went ahead decided to go with the company, however due to my busy work schedule, I had limited availability to be at home for a repair. Fortunately, I was able to get a family member to stay at my house for a few days and asked if Action could work around that schedule, even though it did not give them much time to schedule it in, given that I asked on Friday and wanted them to start on Monday. A few hours later, Action contacted me to say that they could come and complete the job during the dates I requested. In the end, they actually finished the job a day earlier than originally scheduled. The job was beautifully done; the ceiling looks better than before the water damage occurred. The workers were very professional, covered everything in order to keep everything clean, worked quickly, and kept me in the loop with regards to the progress. I absolutely recommend them and will use them again! They are a great one-stop shop for any kind of repair that would normally involve contacting a variety of contractors.

From chimney cleaning to a new roof, we can help improve the look and value of your home or business. We have over 25 years experience adn we are fully insured and licensed. Above All Masonry & Construction, LLC is dedicated to home beautification and restoration for both Residential and Commercial properties. Protecting our clients' investment with durable, guranteed products, increasing home values and our professional, courteous employees are all sources of pride. We treat every project like its our own home. We are a member of the Better Business Bureau and the Detroit and Downriver Business Association.  …

We are a familiy owned and operated, licensed and insured business with over 30 years experience! Whether it is a small restoration project or a new, custom patio, we take great pride in what we do and the work shows! When it comes to standing out, of course its all about quality workmanship, but we take extra time on the details and clean up! We have always enjoyed the challenge of the work and seeing the expression on our customers faces when they see a completed project!  …

We are a small, family owned company with 4 employees fully licensed and insured. We accept cash, check and credit cards as payment. We can also finance your payments as well. We generally don't accept payment until the job is complete on smaller jobs, on larger jobs however, we can work out a payment schedule based upon the amount of work completed. We pride ourselves on our ability to communicate with our customers to assure their complete satisfaction throughout the entire experience.  …

We have a wide variety of services in the construction field. We do complete remodeling, additons,along with all work associated with insurance claims including wind, water, smoke and fire damage. We also specialize in handicap modifications.

Action Fire Repair Corporation is currently rated 5 overall out of 5.

No, Action Fire Repair Corporation does not offer a senior discount.

Action Fire Repair Corporation offers the following services: We have a wide variety of services in the construction field. We do complete remodeling, additons,along with all work associated with insurance claims including wind, water, smoke and fire damage. We also specialize in handicap modifications.