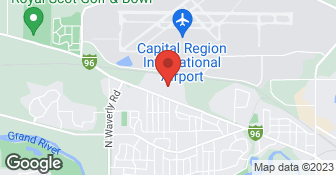 As a multi year Super Service Award winner with over 100 years of combined experience, StayDry is the standard-bearer for basement waterproofing, crawl space waterproofing, foundation repair, and similar services for homeowners and businesses. Our expert contractors take pride in their workmanship, and they’ll educate you on the different approaches to eliminate leaks in your foundation and keep your basement safe from water damage. We’re so confident in our abilities that we’ll offer you a fully transferable, lifetime warranty on many of our services. No fine print, no questions asked. We’ll work with you to make sure you get the service you need by identifying the problem and providing you the best solution. And if it turns out that basement waterproofing isn’t what you need—if new ground-level windows would serve you better, for instance—we’ll point you in the right direction. Additional phones - (877) 821-4675, (616) 975-0635, (517) 879-2008, (269) 978-6895. Please call us directly or e-mail us directly at info@staydryinc.com. Award Winning....

Very professional and well-done work to perform repairs to 4 cracks that were leaking from previous repairs and repaired multiple rod holes in foundation. Many of which either were actively leaking prior to repairs or showing signs of leaking soon. The tech, Randy, had previously not been out to site before for quote. But took the time prior to starting any work to go over the proposal and review all work that was expected to be performed to verify his and my expectations were both in alignment. About halfway through the job had me re-verify that all rod holes that were previously identified and discussed were being addressed. Did a great job performing clean up and stayed later than expected to fully complete the job instead of calling it a day in the middle of the work. Would highly recommend Stay Dry to others for work to repair foundation cracks and rod hole leaks.

We had a basement that always had water in it almost year round. We decided to sell the house and move to North Carolina. Still trying to sell the home we decided to have a French Drain System put in with a bleeder line, as it would not sell as it was. The Stay Dry team was excellent from start to finish. Their team was professional and was accommodating to the fact that we needed to keep the home clean due to selling it and took extra steps to ensure no contamination spread to the rest of the house. After the job was done I have had zero issues with water and we are closing on our home today. Thank you so much for your hard work and courtesy Stay Dry! Pictures below are just after washing and cleaning. It appears wet but was completely dry the next day.

they did not stand by their work at all they did not honor their warranty my warranty says that they guarantee the area that they waterproofed with the stay dry system to be free from water leakage for lifetime regardless of ownership and will at no additional cost to the customer provide such labor and materials as required should service be required. A ventricle you told me that it wasn't their problem and that if I wanted anything done they would have to fix it and charge me $2,300 more they said thatthe warranty only covers the perimeter of the basement and not the inside of the basement which makes no sense whatsoever because they sell it as keeping your basement dry and that it will stop the water from coming into your basement if you get this service from them they will not stand by their work your basement May leak from the center through the concrete and they will not do anything to fix it I spoke to the owner and he threatened to come to my house and settle it man to man and he also encourage me to sue him and that he would drag it out in court forever and I didn't know who I was messing with David is the owner and he repeatedly told me to go ahead and sue him go ahead and sue him go ahead and sue him he has no customer service they will not stand by their work and everybody who is considering having these people work for them need to know that this company is a scam and fraud look them up on the better business bureau your warranty is worthless

Service was scheduled quickly and done fast. Manager has yet to checkout the job and complete the transferable life time warranty, but I have not called them back yet since the job was done. Everyone was friendly and informative, and understood the situation, where some other waterproofers never came to the house to quote the job.

Great! Representative was running late; called to advise. Went over everything in detail; answered all questions presented; left estimate. I will be doing the work in the spring.

The StayDry inspector, Michael A., came out to my home on September 27th at the prearranged time to estimate a water problem that I was having outside the home. He indicated that a french drain would solve the water accumulation problem that I was experiencing and basement waterproofing was premature at this point. I asked for a quote on both – the French drain outside and the inside basement waterproofing. He agreed to send me both. I called Michael A. after waiting 10 days for the quote. He apologized and said that he was very busy because of the size of his region. He said that he would email the quote out to me that night. I received nothing in the next seven days. I sent him 2 emails requesting an attachment and placed a call that was ignored. I do not want to do business with a company that doesn’t have the courage and courtesy to say “Not Interested” to a potential customer.

Description of Work
Water accumulation outside next to basement wall

project has not been started as of this date. Some problems in regards to the work to be performed. Price and other concerns. Once project is completed, will do a complete review.

I believe you may have the wrong company. We generally don't do work in Ironwood and I cannot find you anywhere in our system. Please advise. Thanks,
1.0

I scheduled someone to come out at 9am on a Friday. I received a call from the employee around 8:30am stating they were going to be late. Since I had work, we rescheduled for Saturday morning (the next day) for 9am. No one ever showed or called to tell me they were not making it. I called the company and they reviewed the situation. We ended up scheduling someone else to come out the next Saturday. Again, no one showed or called to say they were not coming. I am waiting for a response from them but am very disappointed.

Description of Work
I called to schedule an estimate for some basement work.

They were promt in returing our call . They did very good work.

Thank you [Member Name Removed]! We appreciate you!

We specialize in basement waterproofing, foundation repair and structural repair. We also do exterior drainage and water management. We are a licensed and insured company and would be happy to show you our license and proof of insurance. We offer financing and also accept Visa, Mastercard and Discover. We specialize in customer satisfaction as you can see by our reviews. You won't be disappointed you went with us to do your job.  …

We specialize in Basement Waterproofing, Crawlspace Waterproofing (encapsulation), Concrete Lifting, Egress Window / Window Well Installation, Installation of Helical piles for new or existing foundations and Foundation Repair. Our team has over 20 years of experience and knowledge in the construction and waterproofing industries. We pride ourselves on getting the job done right the first time! Contact us today for your free estimate!  …