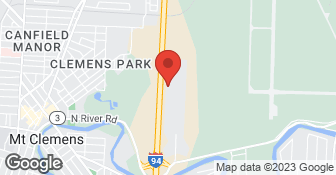 They were very professional and had an answer to any questions quickly. Working in this situation is very difficult, you are basically in the trenches and they were able to keep everyone moving in the right direction. Thank you so much for getting us back on track. It was a pleasure working with Perfection and I would highly recommend them. Thanks so much for all of your efforts.

Great service and work done by the crew. Price quoted increased, when billed.

Overall, well. Jarvis employees and companies they used were professional and end results good. Some issues with the way some furniture was moved/stored and some out of pocket costs more then I believed they should have been for an upgrade in laundry room - Review of costs was confusing. Hopefully I will not have water damage ever again but I would do cost review of upgrade differently and confirm my out of pocket in advance.

Jarvis performed and completed basement repairs after we had water damage in the basement. All of the workers were professional, efficient, reliable, and friendly. They did great work and we are very happy with the result. We felt very comfortable having them in our home. Our manager was Stacy, who did a great job! We are very satisfied and are hiring them to do another job in the spring. To Jarvis - thank you for all of your help and courtesy. It is very much appreciated.

Description of Work
We had water damage in our kitchen from the second floor full bath. Jarvis was the company our insurance provider recommended. We were very pleased with their service. They did the work well and did it to our satisfaction. It was a pleasure to work with them.

We had a flood in our basement. Jarvis was extremely responsive and efficient in getting the carpeted basement cleaned up and dried out. The crew that came out to do the remediation was so friendly, considerate, and helpful that we could not be happier. Then we had the contents of the basement packed up and stored offsite. The Jarvis crew that boxed up everything and removed it for storage was just as considerate and friendly. They asked our input on how we wanted items separated and boxed for storage. They were also very helpful in having us point out any items that we might want discarded. Water flooding in a finished basement is no one's idea of a good time. Jarvis managed to make it so. The water damage happened, but it sure does make a difference to have a contractor with a positive and friendly attitude in just taking care of it efficiently. Any questions I had were addressed immediately. True professionals.

Description of Work
Cleaned up and dried out the carpeted and paneled basement after a flood. They also packaged the undamaged contents and removed them for storage while the repairs are done. They are about to do the repairs.

ad gone,They arrived on time, were friendly and polite. There was carpeting on most of the basement floor, which was to be discarded except for one rug. That rug I wanted to send out for cleaning. I offered to move the furniture that was on it and they said that would not be necessary. I requested a list of the items that they discarded. They asked if I was going to file an insurance claim, and I said that it depended on the value of the items destroyed, but that I wanted a list. I never received one. After they had gone, I discovered that about one foot of the one rug I wanted to save had been cut of. In addition, I found wet cardboard boxes still under some of the furniture in the basement, and some on the floor in plain sight. These were sopping wet and I had to get rid of them myself. I called and they did come back and at least disinfect the areas they had missed. They said yep, they cut off the end of the rug.

Description of Work
Cleaned and disinfected basement after flooding.

They were very good about coming out quickly at the first call. They left big fans and a dehumidifier going and said they would call at 8:30 on Monday to arrange pick-up. I said that there was one rug that I wanted to keep and have cleaned. There was some furniture sitting on it that I offered to move (it had lots of little things on top), but they said they would have no problem. Apparently they did have a problem, because when they put the rug outside on my driveway, the end of it was gone (about a foot). They said they had ripped it getting it out from the furniture, so they cut off the end. After they left on Friday, I found several items that were wet and ruined. I filled my trash can and borrowed a neighbor's trash can with small things, including wet cardboard boxes, some plywood, some pieces of carpeting. There were three items that were too heavy for me to get out on my own, so I left those until Monday for them to handle. On Monday, nobody called. I called them at 10:00. Whoever I spoke to said someone would call me back right away. An hour later, no on had called, so I called AGAIN. This time someone did call me back and say they would be there at 1:00. They finally arrived a little before 2:00. As for the price, I contacted them because their website said lowest price guaranteed. I guess I should have gotten more quotes, as I thought the price was high, but when your basement is wet, you don't want to mess around with things like that. I'm glad it's done.

Description of Work
Disposed of wet carpeting from my basement and sprayed with a disinfectant.

Description of Work
cleaned up wet basement including carpet removal

I needed one window board up and he quoted a price of a minimum of 300.00 just to come out ...no thanks

Description of Work
Quote a price

As a company we have a minimum charge of $300 for any and all services, we provide 24 hour disaster services and this is very standard within our industry. I would recommenced consumers who are looking for an honest review of our company to visit the better business bureau website bbb.org where you will see we have an A+ rating and have been serving the public for over 35 years. The idea that a consumer can post negative reviews and issue poor grades simply because they don't like the price we offer (fully disclosed up front) speaks to the credibility of a site like Angies List.
1.0

They were unprofessional did things that were not needed, charged way too much and didn't even finish he job!

Description of Work
We had them out to repair a sewer backup.

We have been in business since 1979 and have several internal quality control processes in place to ensure customer satisfaction. If a customer is concerned regarding the quality of service or charge for services, please contact our office and you will be directed directly to our company CEO. Thank you for allowing us a chance to reply, albeit serveral years later.
5.0

THE COMPANY HAS VERY GOOD WORKERS. THEY GOT THE JOB DONE ON TIME LIKE THEY SAID THEY WOULD. I WAS HAPPY WITH THE WORK THAT THEY DID FOR ME. I WAS PLEASED WITH THE WAY EVERYTHING TURNED OUT.

Description of Work
THEY CHANGED SOME LOCKS ON TWO OF MY DOORS.

I CONFIRMED EVERYTHING WITH THE SALESMAN AND THEN THE WORKERS CAME. I WISH THE SALESMAN WOULD HAVE COME BACK TO CHECK ON THE WORK AFTER THE COMPANY GOT DONE TO MAKE SURE EVERYTHING WAS DONE CORRECTLY. THE WORK WAS BASICALLY GOOD. I AM HAPPY WITH IT.

Description of Work
THEY POURED THE CONCRETE FOR OUR FRONT STEPS AND SIDEWALK.

We guarantee your satisfaction, and we won’t leave until the job is done right. We pride ourselves on the quality work we provide, while delivering great customer service! Check out all the services we offer below and call -or- click to schedule a free estimate today!  …