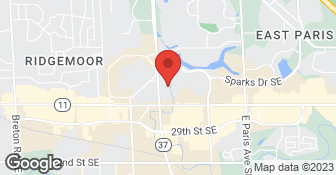 Local Expert Geek Squad Agents can fix your Appliance or TV regardless of where purchased. 90-day warranty along with professional, quick, and clean services. Check us out online, by phone, or at over 1,100 Best Buy stores.

Two service providers arrived on time. Installation had one hiccup they promptly worked around. They were professional, informative and polite. The installation was completed within the 2 hour time period. They had all the tools and accessories to complete the ob in a single stop. The set is awesome and it is functioning well right out of the bow and after the installation. I would highly recommend Geek Squad services to anyone.

When I dropped it off I was surprised to hear that the repairs would take 1-2 weeks. When I received the laptop it had the same problem as when I dropped it off. I spent an hour on the phone with customer service and the best they could offer me was to drop it off again. In the past I have had good experiences with Geek Squad so I was shocked at the slow response and poor customer service.

Description of Work
They were supposed to repair a laptop via the Geek Squad protection plan.

Since I was having difficulty with my internet service, I purchased a DSL modem from Best Buy on May 7, 2014. Later that day I resolved my issue with my Internet service and found that I did not need a new modem. THE NEXT DAY, May 8, 2014, I brought the new modem back to Best Buy for return. It was less than 24 hours later, I HAD MY SALES RECEIPT, the box was still UNOPENED AND SEALED, I had paid with a credit card. This should have been a no problem return. However, Best Buy would not make the return unless I presented either my driver's license or a passport and allowed them to make a copy. The store claimed that corporate policy dictated this. Obviously, to comply with this demand would put my own welfare and safety at great risk. (Consider the recent security problem at Target.) Furthermore, given the circumstances described in the previous paragraphs, the demand is unwarranted. With demands such as this, Best Buy makes an adversary of its customer and creates an entirely hostile environment. I called Best Buy's nationwide customer service number and spoke with a representative who said she was helpless to do anything because this was corporate policy regarding returns. I then called Best Buy's corporate headquarters in Minnesota and spoke with a man who said he was an "Executive Resolution Specialist." He also said that this was Best Buy's corporate policy. More than anything I am offended by Best Buy's antagonistic attitude toward its customers and its zealous desire to unnecessarily compromise its customers' security. However, I also am concerned that I am unable to make what should be a very simple return, and I am stuck with a brand new, sealed and unopened item that I do not need.

Description of Work
See next part below.

I had their service plan, so it was free of cost. I would use them again in the future.

Description of Work
I used Best buy for appliance repair.

They refused to do anything for me because the warranty had expired a few weeks before this happened. I understood I was going to have to pay something, but they tried to overcharge me for the repair, their price was nearly double what a private repair-person wanted to charge.

Description of Work
I purchased a laptop from them. I accidentally hooked it up to the wrong charger and fried the laptop so i took it in to have them look at it.

They are very good, very nice.

Description of Work
I had work done on my home TV.

Well, my husband is a happy camper. All they did to fix it worked, so we do not have any complaints. After one day it did not work again, but it was not their fault. The computer company had forgotten to reattach something. All is fine now and I am very pleased. I have no complaints and we would use them again.

Description of Work
I could not get my laptop to work. There was a virus thing going on. The Geek Squad repaired it for me.

They had about ten varieties of microwave ovens (counter style) to choose from. We found one on the shelf that wasn't on display that we bought. We've been happy with it so far. The thing about Best Buy is that when you don't need help, the sales people are swarming you; but when you need assistance, they are no where to be found. This could be Murphy's Law though. They try to sell the warranty with it too, but I think those are a waste of money considering how cheap the microwave is to begin with.

Description of Work
We bought a microwave oven from this location.

THEY HAD MY COMPUTER REPAIRED VERY QUICKLY. THEY INSTALLED EVEN BETTER SOFTWARE THAN WHAT WE HAD BEFORE. MY COMPUTER IS OPERATING VERY SMOOTHLY NOW. THEY DID A REALLY GOOD JOB.

Description of Work
THEY FIXED A COMPUTER VIRUS ON MY HOME COMPUTER.

WHAT STOOD OUT THE MOST WAS HOW PROFESSIONAL THEY WERE, THEY WERE ON TIME, AND EVEN GAVE ME OTHER COMPANY'S PHONE NUMBERS IN CASE SOMETHING ELSE WENT WRONG SHORTLY AFTER THEY FIXED IT.

Description of Work
THEY REPAIRED THE VIRUSES IN MY COMPUTER.

THE PEOPLE WERE VERY FRIENDLY WHEN I ENTERED THE BUILDING. THEY INFORMED ME OF EVERYTHING THAT WAS BEING UPGRADED AND GAVE ME INSTRUCTIONS ON HOW TO USE THE SYSTEM WHEN I GOT HOME. MY APPOINTMENT WAS SCHEDULED ON TIME AND I WAS SATISFIED.

Description of Work
THEY UPGRADED MY COMPUTER'S OPERATING SYSTEM AS WELL AS MY FIREWALL AND SPYWARE PRODUCTS.

THEY WERE VERY POLITE AND THEY INFORMED ME ON EVERYTHING THAT WOULD TAKE PLACE WITH MY COMPUTER. I WAS ABLE TO PICK MY COMPUTER UP ON THE EXACT DAY THEY GAVE ME AND THE WORK WAS EXCELLENT.

Description of Work
MY COMPUTER CRASHED DUE TO A STORM. THEY TOOK MY PC AND UPGRADED ALL MY PROGRAMS.

Geek Squad - Best Buy is currently rated 4 overall out of 5.